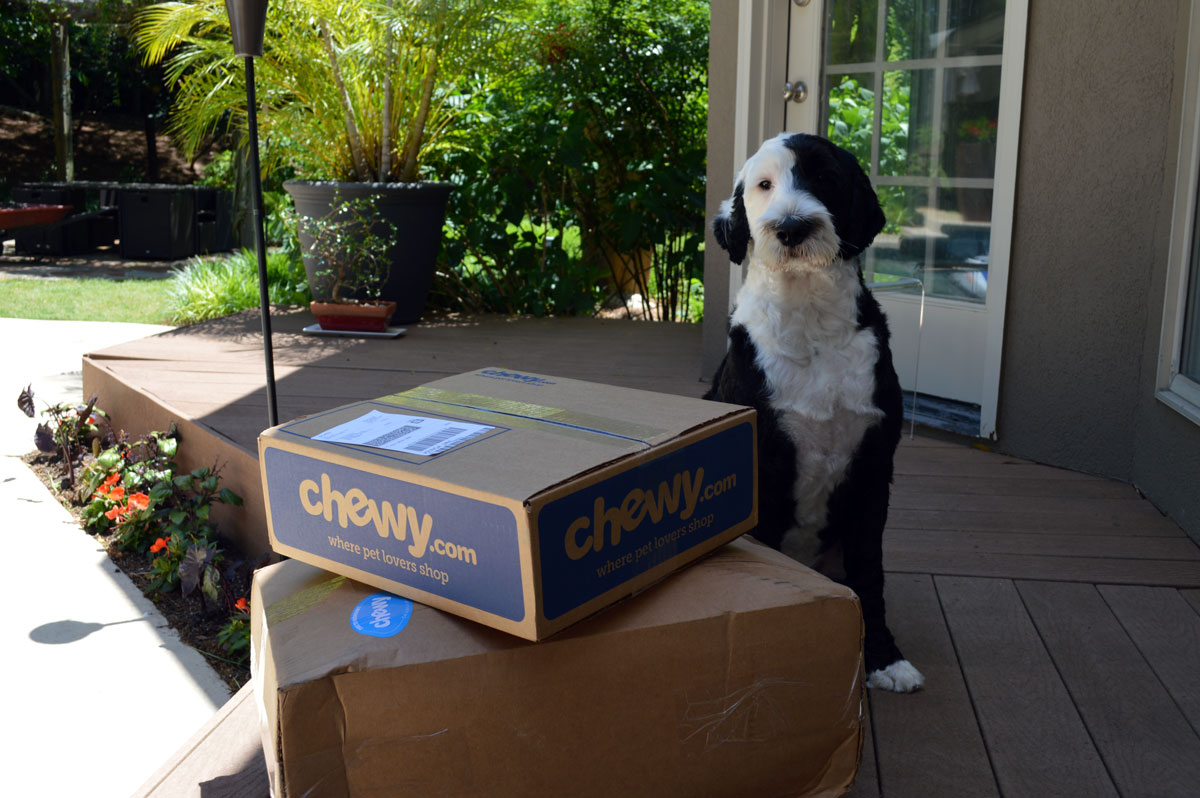 I will be the first one to admit that Marlo is spoiled, a little, but which modern dog isn’t? His old bed started shedding more than Marlo himself, so it was time to change it. There is only one place I can think of when it comes to getting a new dog bed – Chewy. And of course, once you get on Chewy, you will never just get a bed. You will also get dental chews and toys. 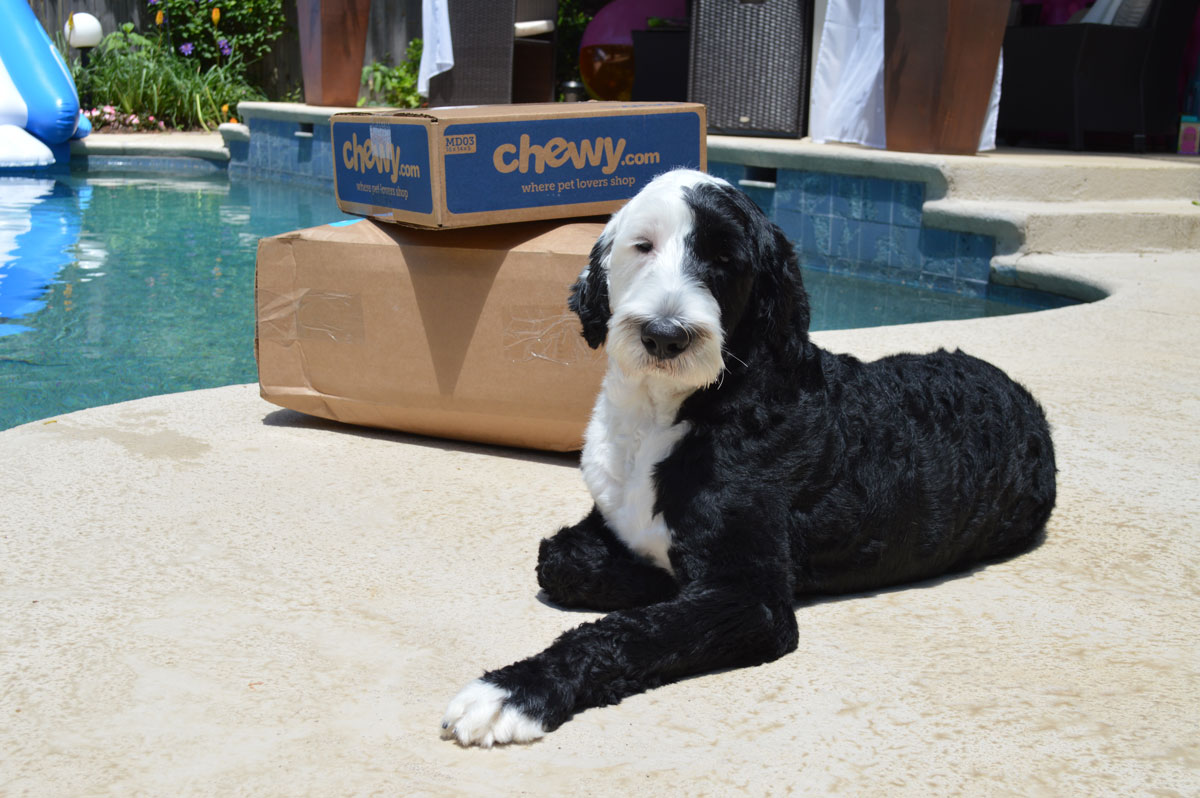 Chewy was always known for their 2-day deliveries, but the company got so busy with quarantined pets’ corona orders that it’s taking longer now, just like everyone else.  But even with all that, it was still no Amazon and their 18 days on some orders. I decided to test Chewy at the end of it all, hopefully, and ordered Marlo a few things. 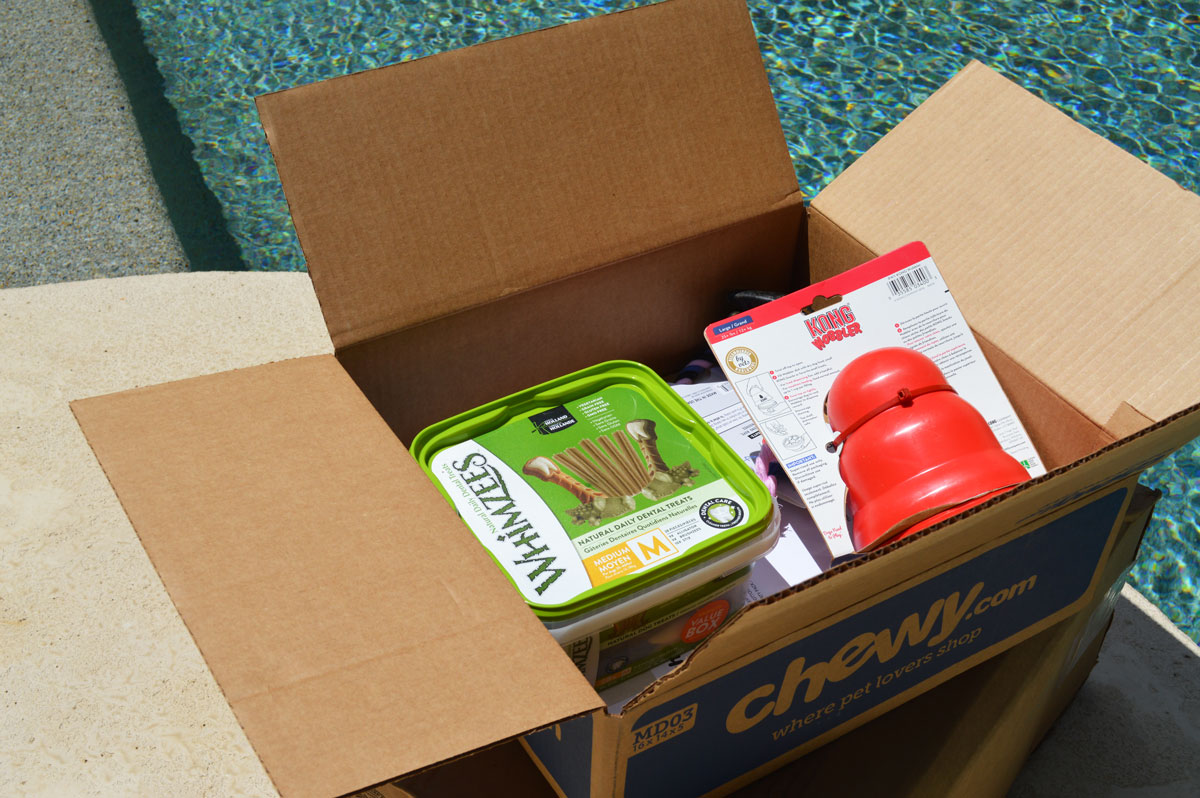 I placed my order on Thursday and got part of it on Monday and another part on Wednesday. Given today’s situation, I say it was pretty fast! I didn’t have anything urgent there, so the extra wait didn’t bother me one bit. 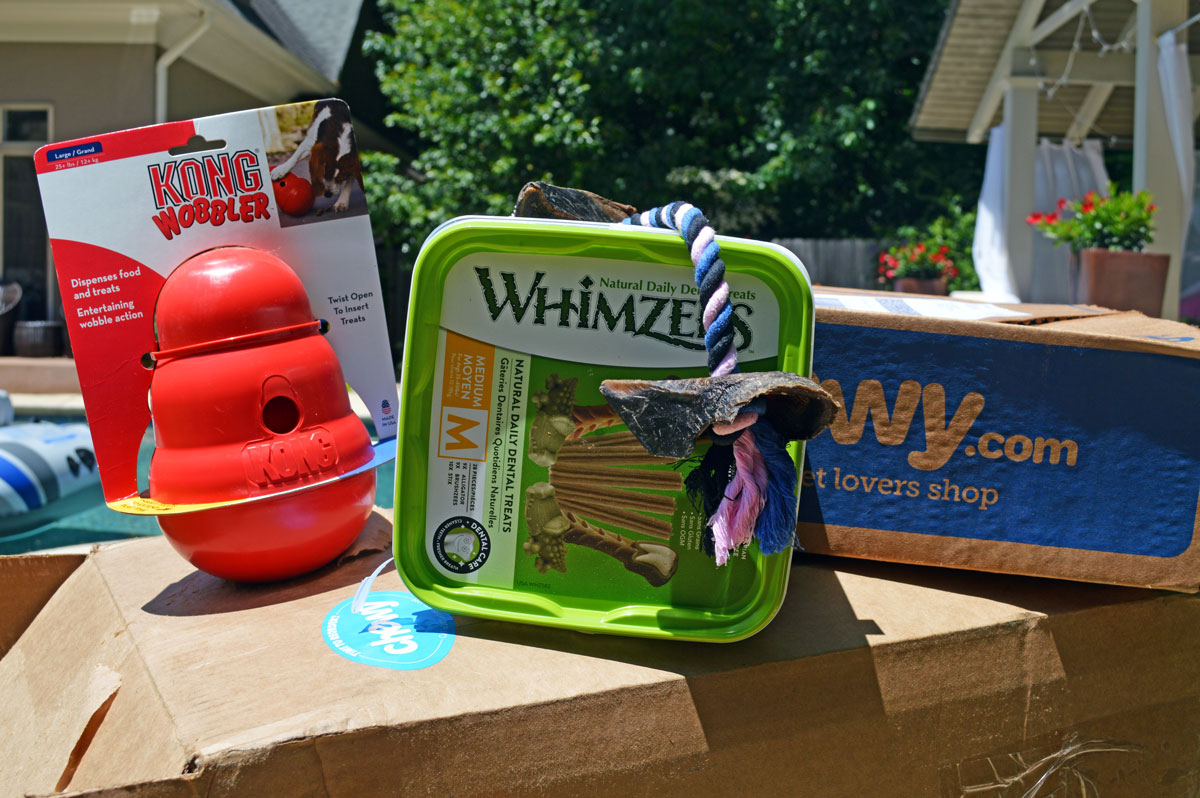 The box that came on Monday had everything, but the bed. This is what we got: 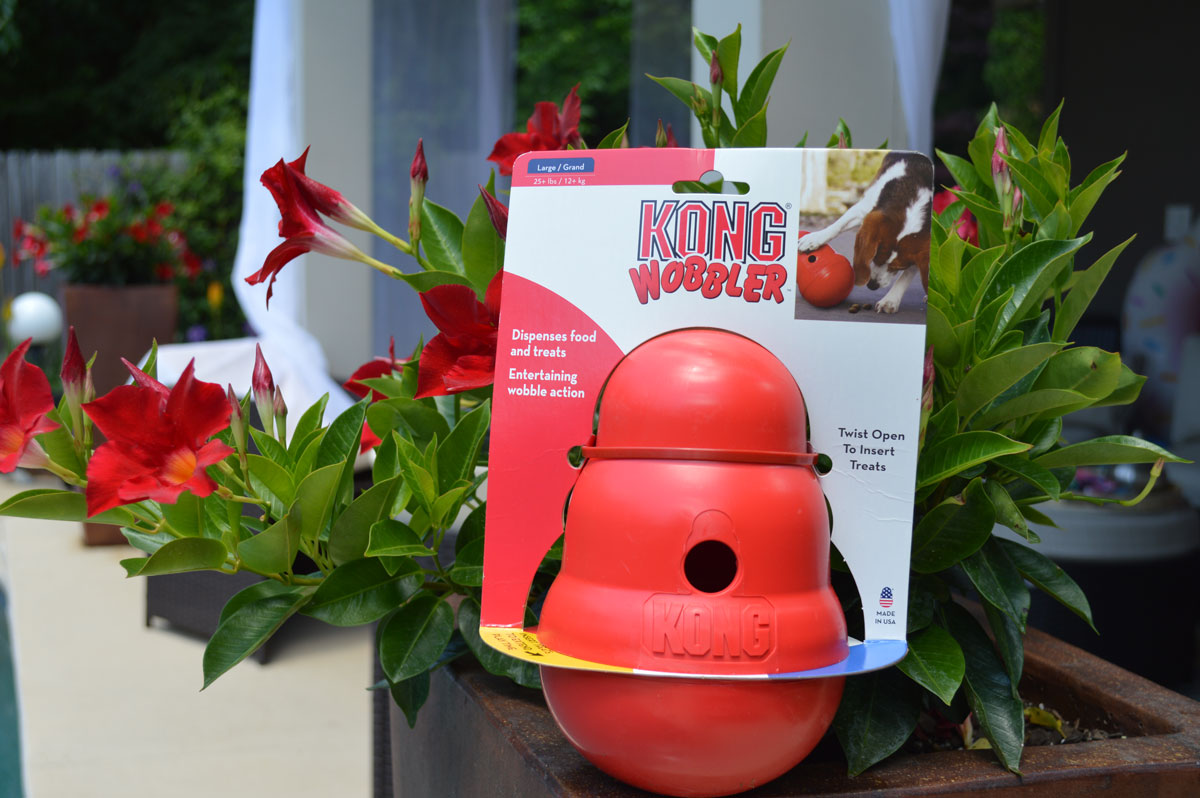 I think it is too big and intimidating for him, but I didn’t put any treats inside yet, so naturally, this toy will generate less interest than stinky hooves or tasty Whimzees. The toy amazed the kids though with the fact that no matter what you do, it doesn’t stay down. 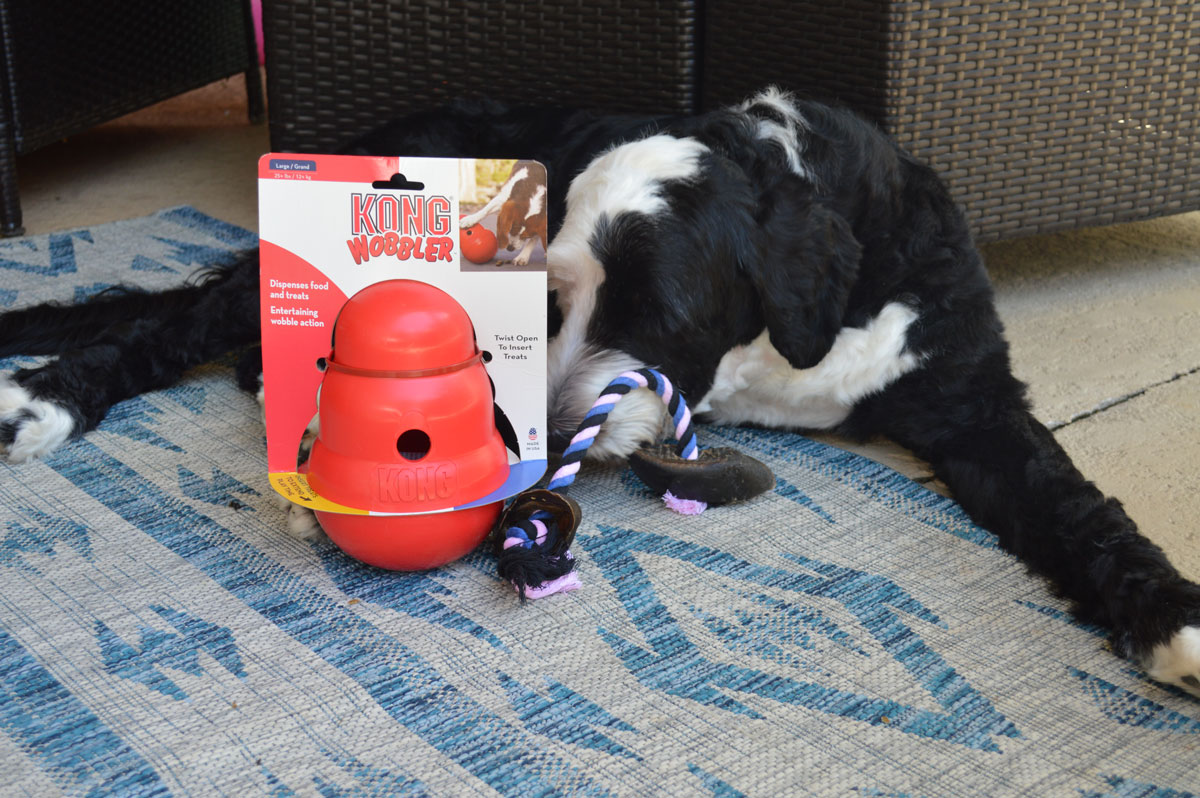 Once we put some treats that can fall out from this Kong, Marlo will be into it. He is into every toy we give him, but some stuff mesmerizes him more than others. 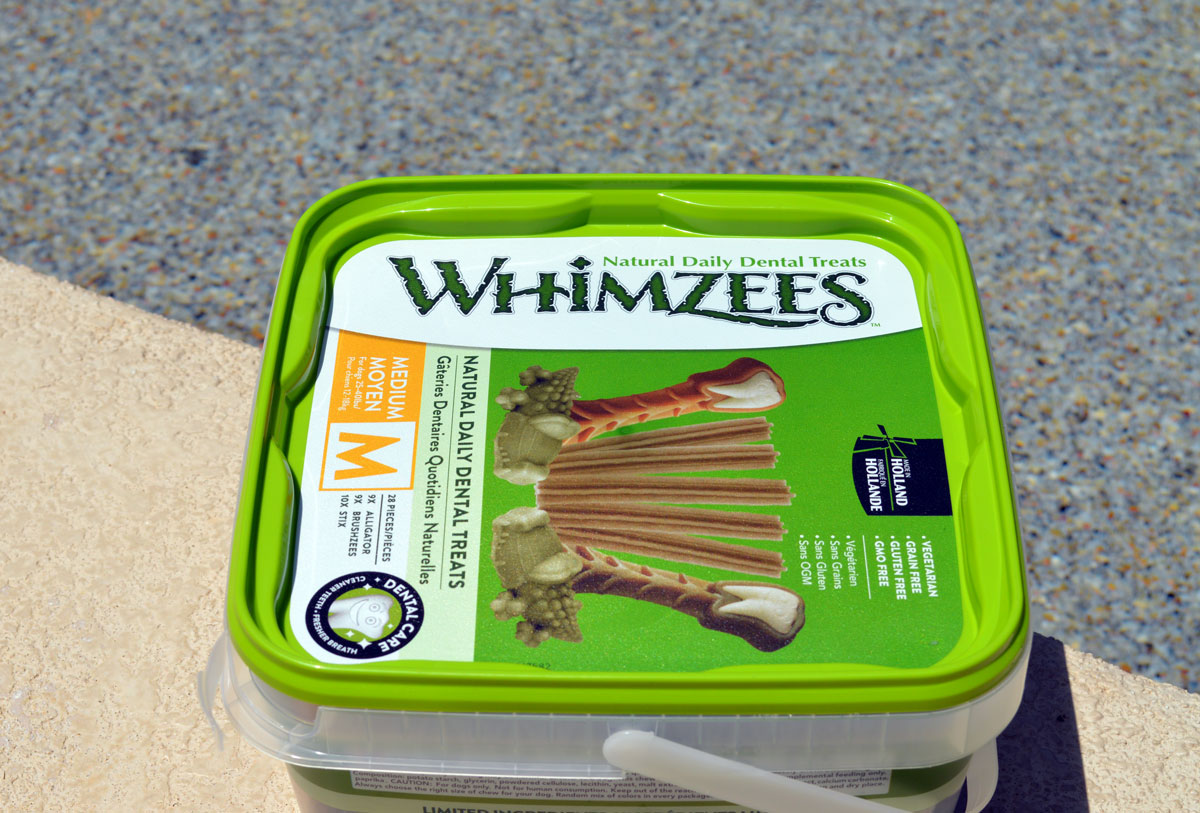 I am tired of my kids complaining about stinky dog kisses, so I did my research and decided that this is what Marlo needs to become fresh breathed. 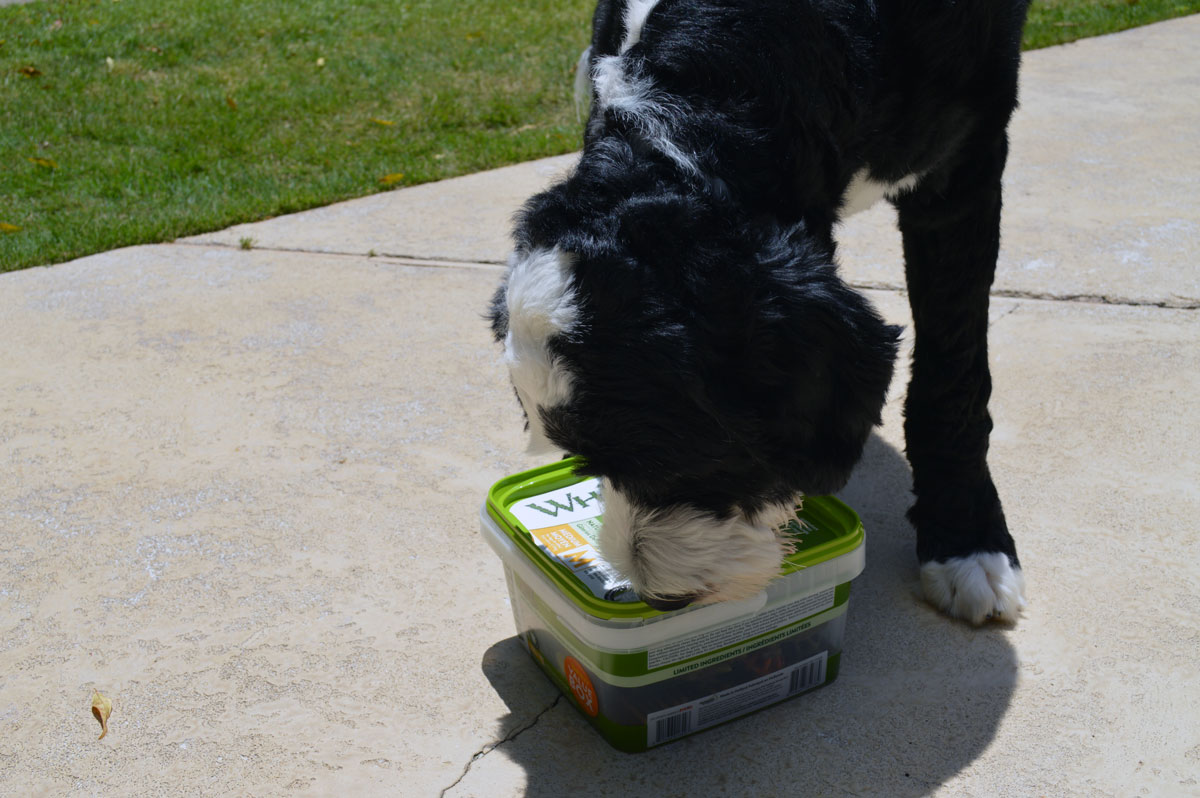 I also saw my sister buying them for her dog, which is what I call research. 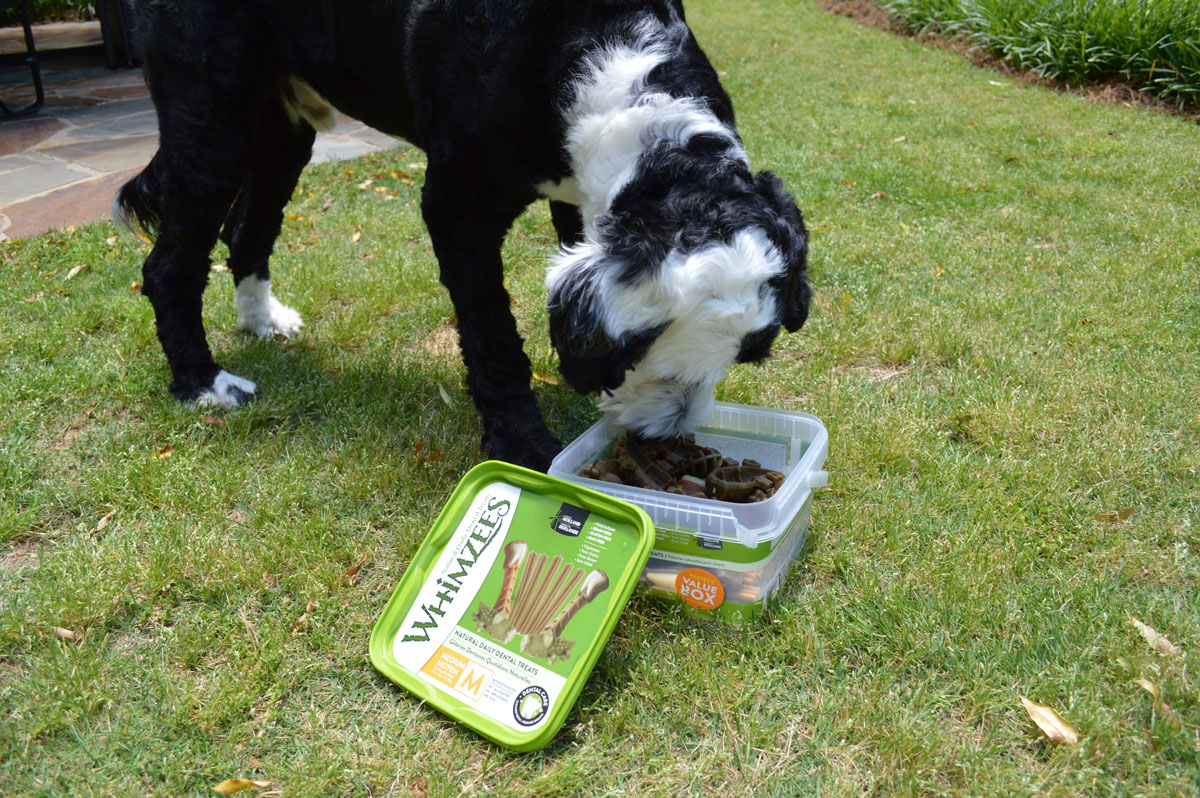 Marlo was interested to say least and ate two on his first teeth brushing day. 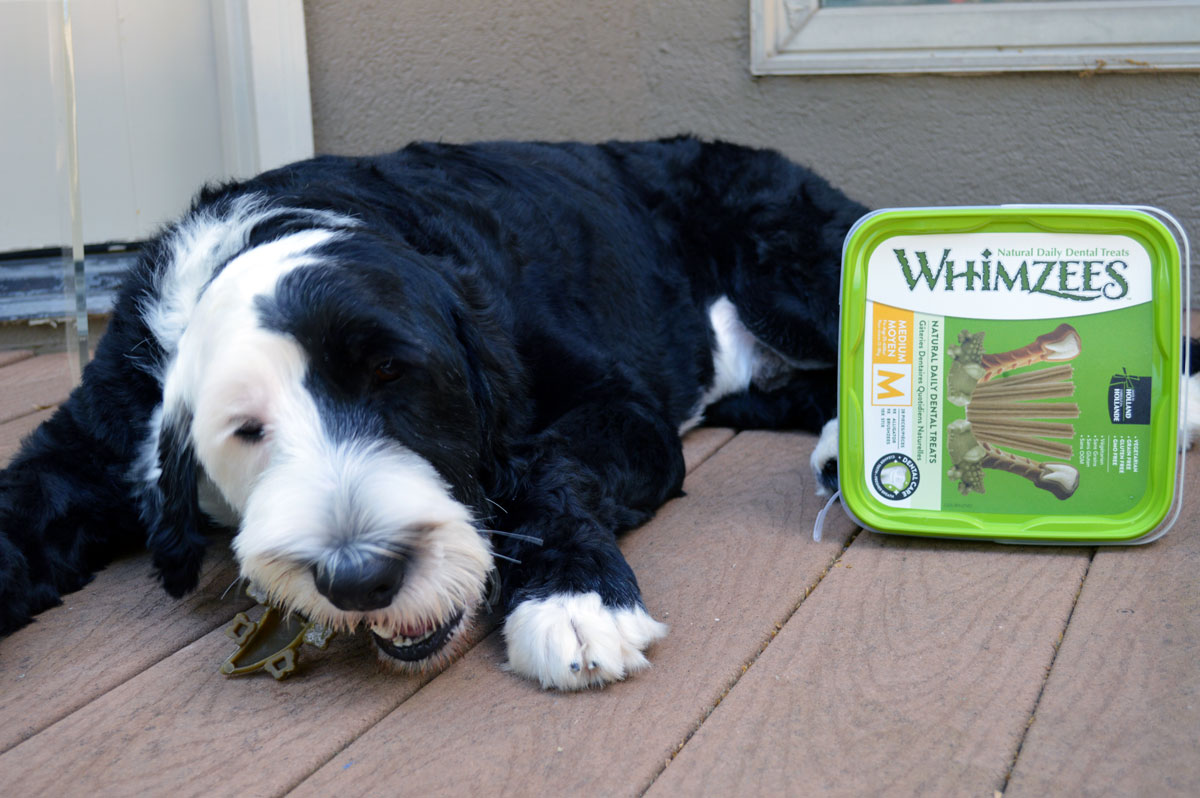 Not sure about freshness though, because right after these he dug into a toy made of real hooves!

I bought it for the ropes, but Marlo fell in love with it for tasty hooves. Those things smell so bad that the toy had to be tossed outside. Marlo followed it outside too, but then was very torn between going home without it or staying outside with it, but by himself.

The inner struggle still continues and his mouth smells so strong after he chews it that kids don’t want any kisses. I will think harder about it next time I anything with hooves, but the dog’s pleasure is undeniable!

We opened this box of goodies outside and it was so windy that boxes started flying and falling into the pool, scaring bejesus out of Marlo. Imagine if you would sniff a box and then it would lift up and fly into the pool – you would run behind a bush too! 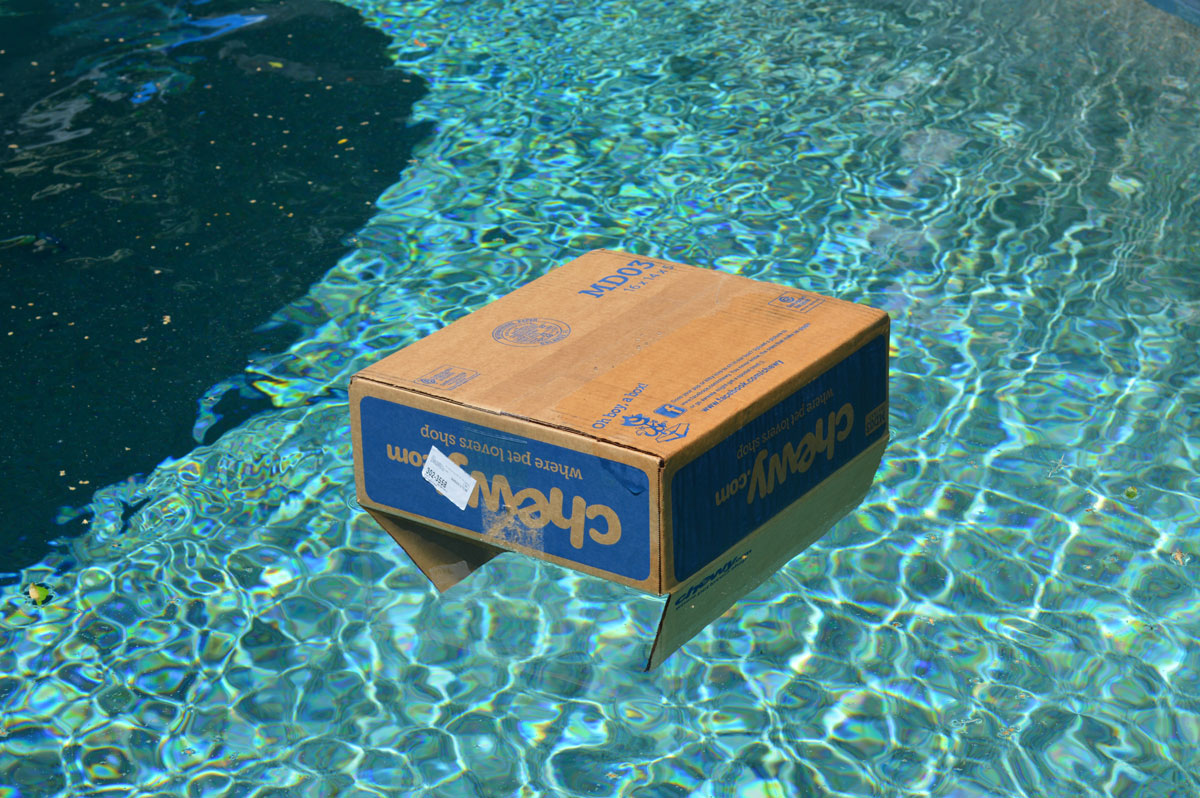 The new bed for our king came in a separate box, all rolled up and with a cover separately. And let me just say – I would sleep on this FurHeaven 2-tone deluxe chaise memory top bed for $65.99! The cover is removable and washable, which will have to happen soon after today’s hoof chewing experience on it. 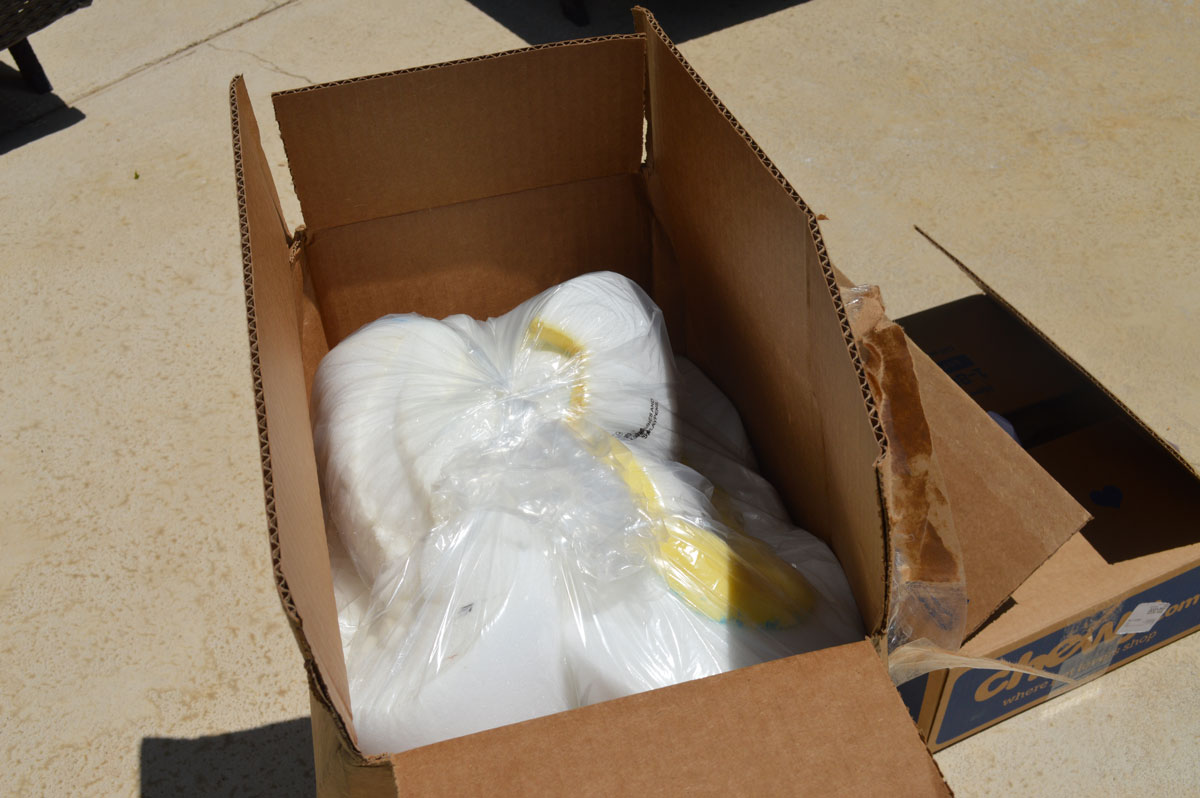 The funny thing is that my previous dog, a German shepherd, never liked dog beds, but Marlo is addicted since he was a puppy. He looks for a bed and knows that it’s his domain. 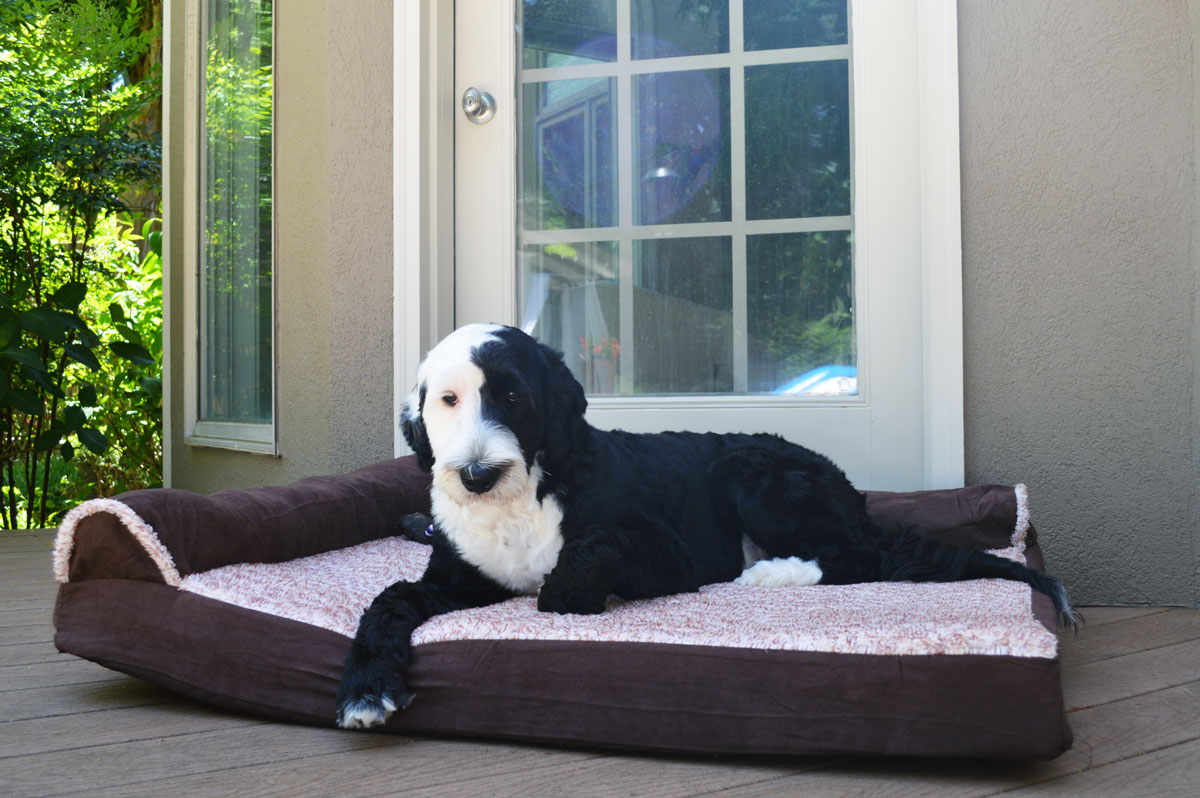 The previous bed didn’t have a stuffed soft bottom, just pillow sides, so this one is definitely and upgrade. And I hope it won’t shed. The previous one was doing that more than a Portuguese water dog that Marlo is would. 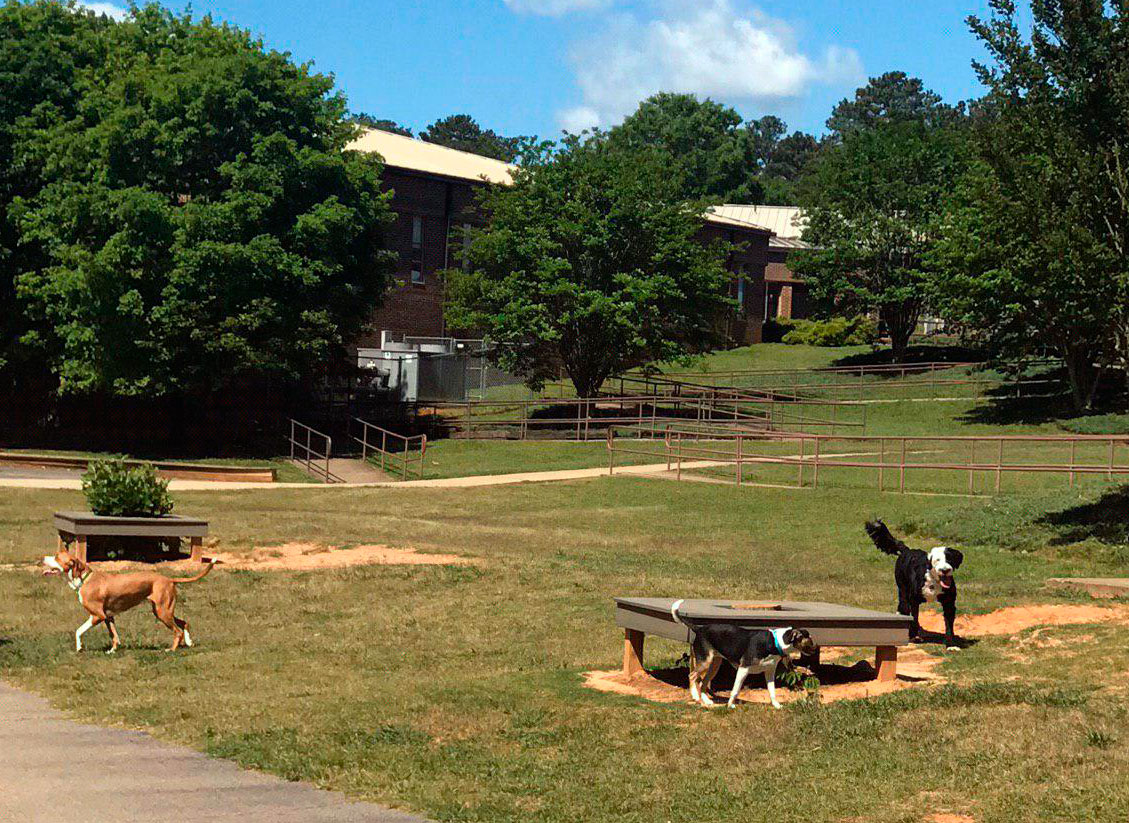 After all the unpacking and a long walk, Marlo got a bath and is resting on his new bed like an angel. At least one of my kids can fit on top of him too, so it’s a happy arrangement for sure. Now if I could come up with something to prevent this bed from sliding on our wooden floor, we would have it made! 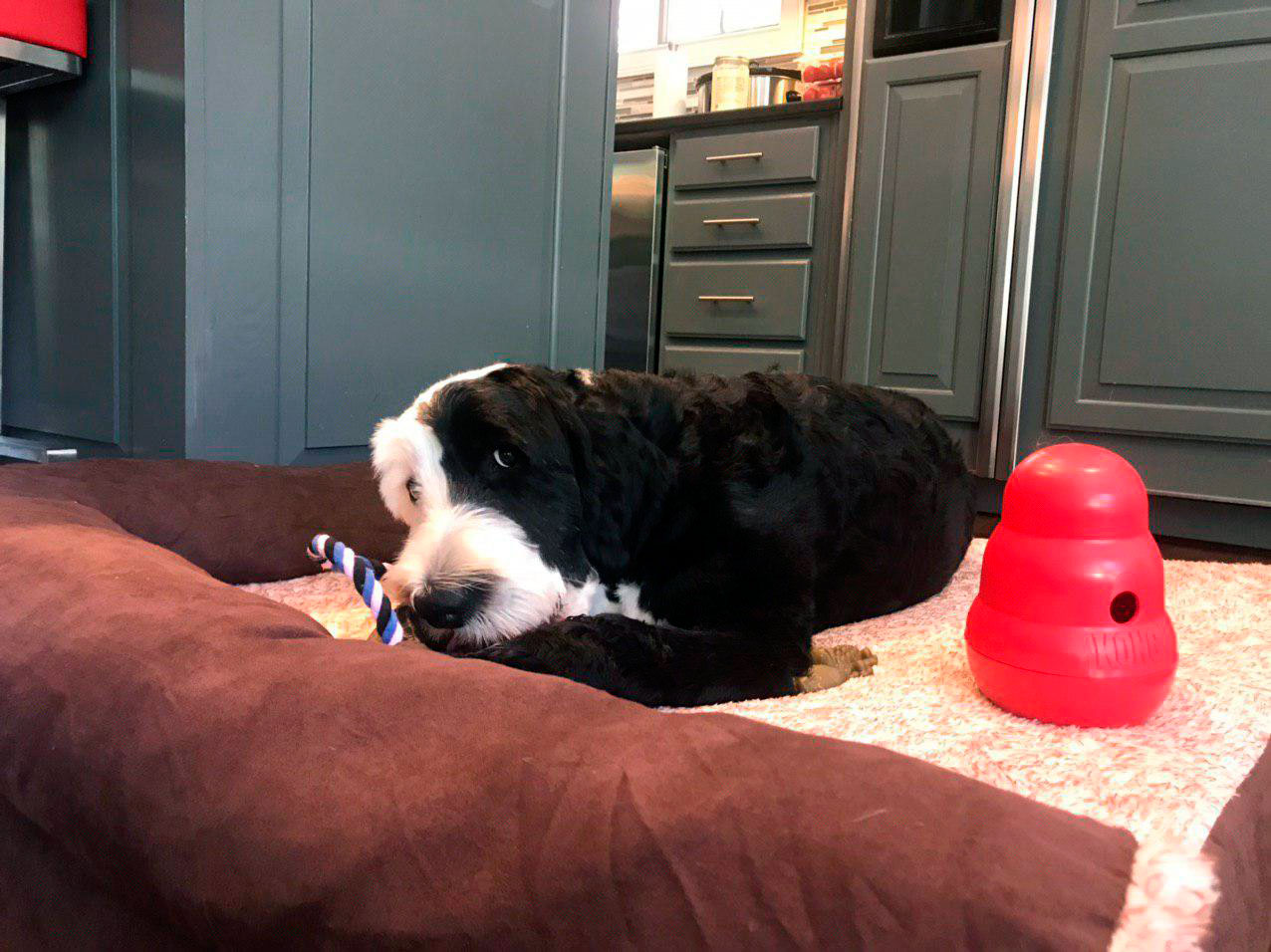 Thanks, Chewy, and looking forward for another order in a week or two – got to keep myself and our dog occupied during this pandemic!