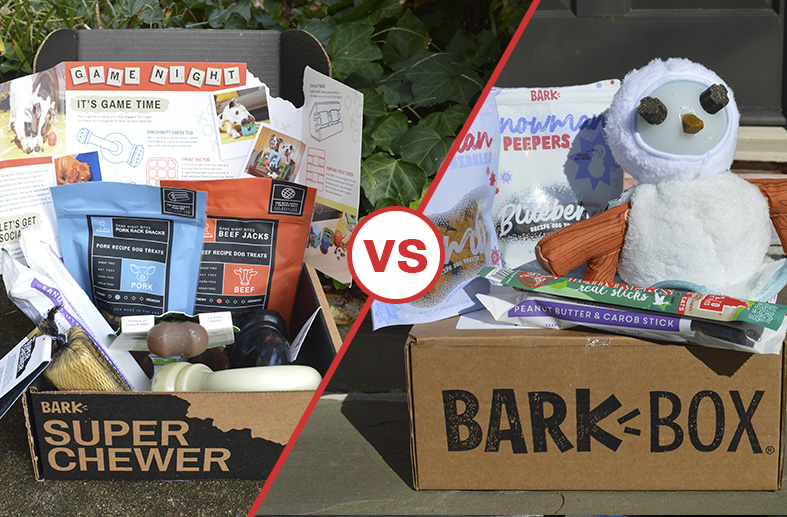 Both of those boxes come from the same company, but there are few key differences between them. I have tried two Bark Boxes and one Super Chewer and thus have some experience to share with those of you who are thinking about a subscription box for your dog.

There are literally tens of subscription boxes for dogs to choose from, if not hundreds, so picking the best one might be tough. I read a lot of reviews before deciding to give a try to three of them: Chewy’s Goody Box, Bark Box, and Super Chewer. Actually, I didn’t even know about Super Chewer until my dog Marlo tries regular Bark Box and chewed the plush toys up right away. 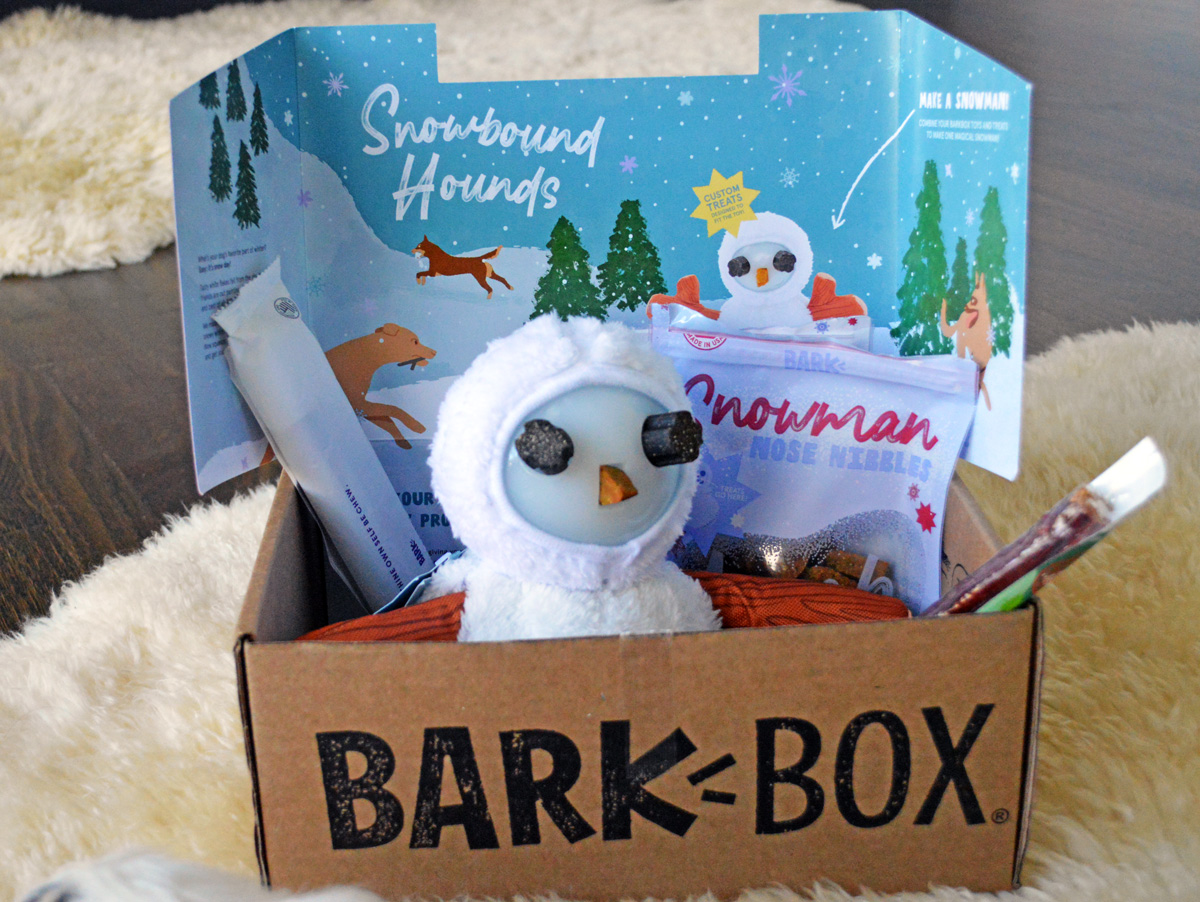 Marlo is a puppy, just over a year old, and as such he is very active and ready for a rough play any time, so soft, white toys don’t last long at all. Bark Box wasn’t too bad with toy selection, but I definitely have to take better care of them and limit Marlo’s access to them if I want them to last. For example, January Bark Box had a totally awesome white snow man that was a treat holder, but just one day of play left him not so white any more. 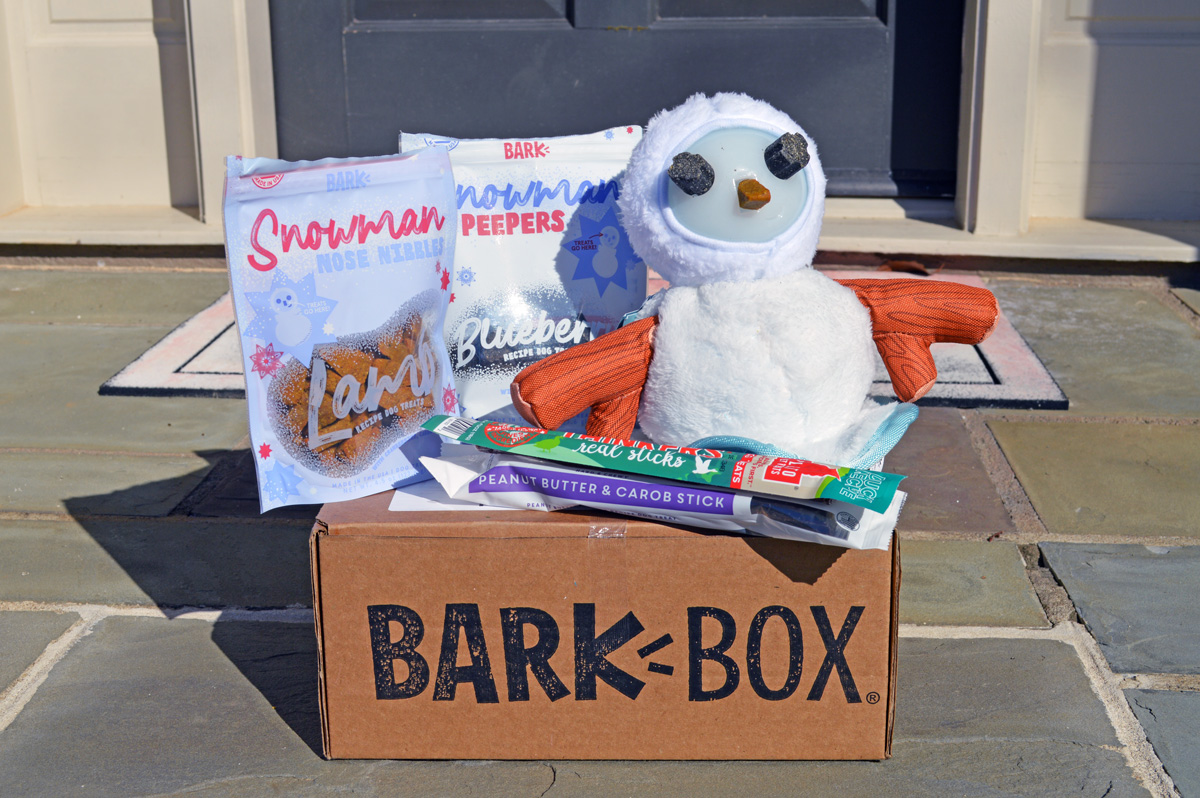 Super Chewer box contained no cute furry toys, which is kind of sad to me, but at this stage Marlo really doesn’t need them. In terms of value, both boxes are a little different. Bark Box costs $29 on a monthly basis, while Super Chewer is $39. The price goes down by $5 with 6 month subscription and another $5 down with 12 month for both boxes. 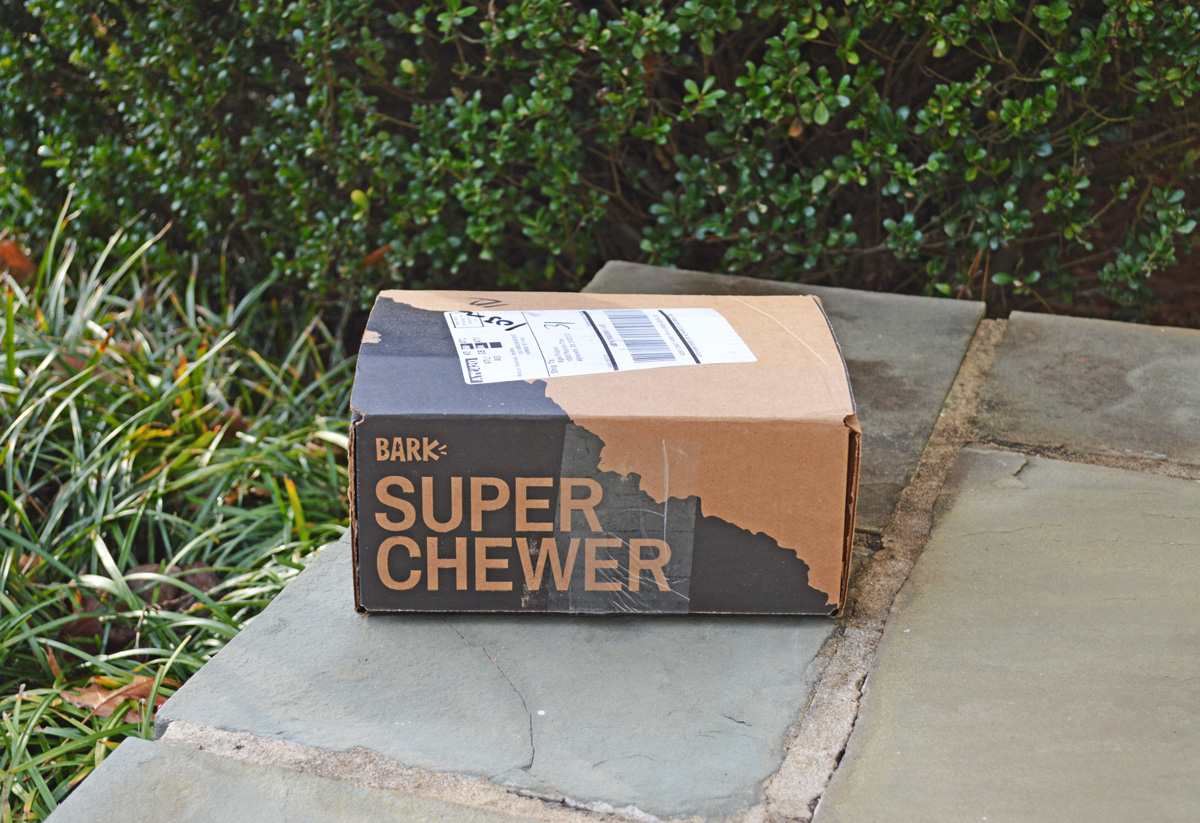 BarkBox has 6 items included while Super Chewer brings 7, but I think that this number varies based on the sizes and types of products. Super Chewer box is definitely heavier, that’s one difference I noticed right away. The weight has a lot to do with how tough and heavy the toys are to withstand some serious teeth. 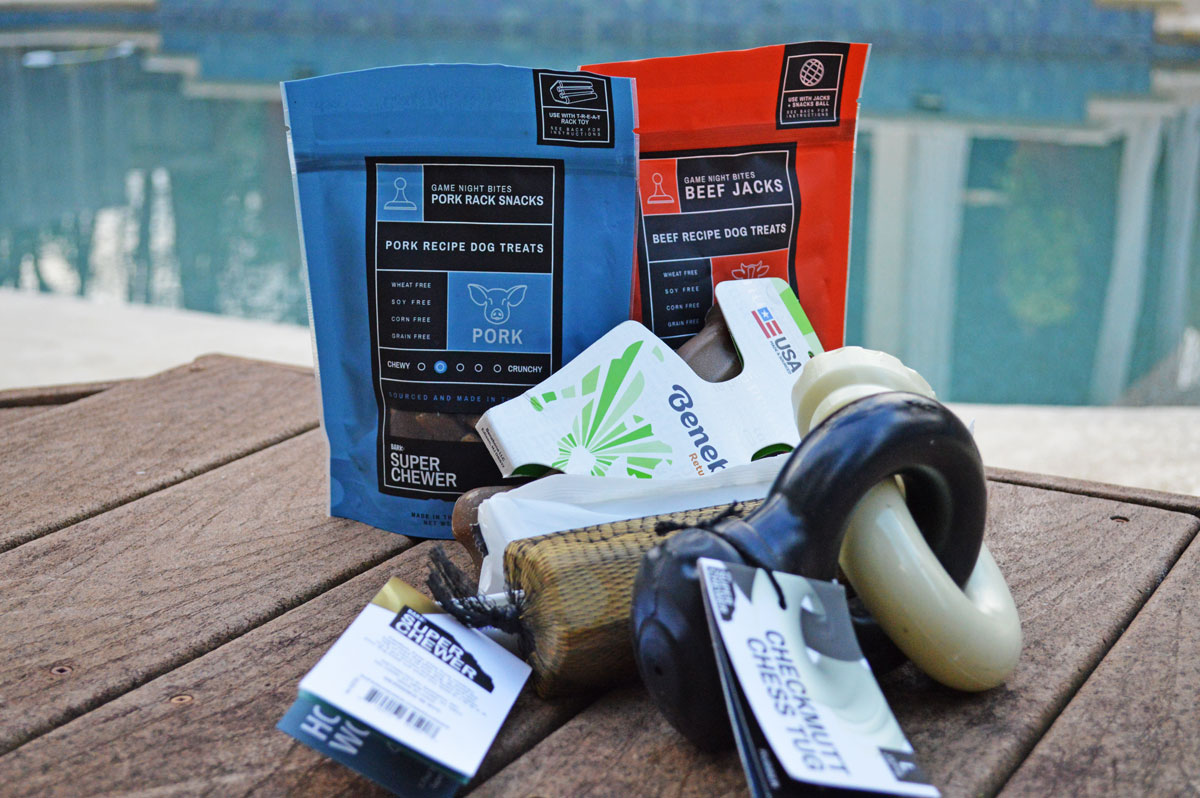 I started with regular BarkBox and really enjoyed 2 of them that I got so far. I also tried Chewy’s Goody Box and found the toys there a little too weak for Marlo. BarkBox toys, on the other hand, were sturdy enough, just very white and beautiful, so I felt sorry to let them get destroyed so fast.

BarkBox and Super Chewer boxes are themed and that part is really fun for me. I am sure Marlo doesn’t care if it’s Christmas and Muttcrackers or if it’s a Game Night or Snowbound Hounds, but I certainly enjoy all that fuss. 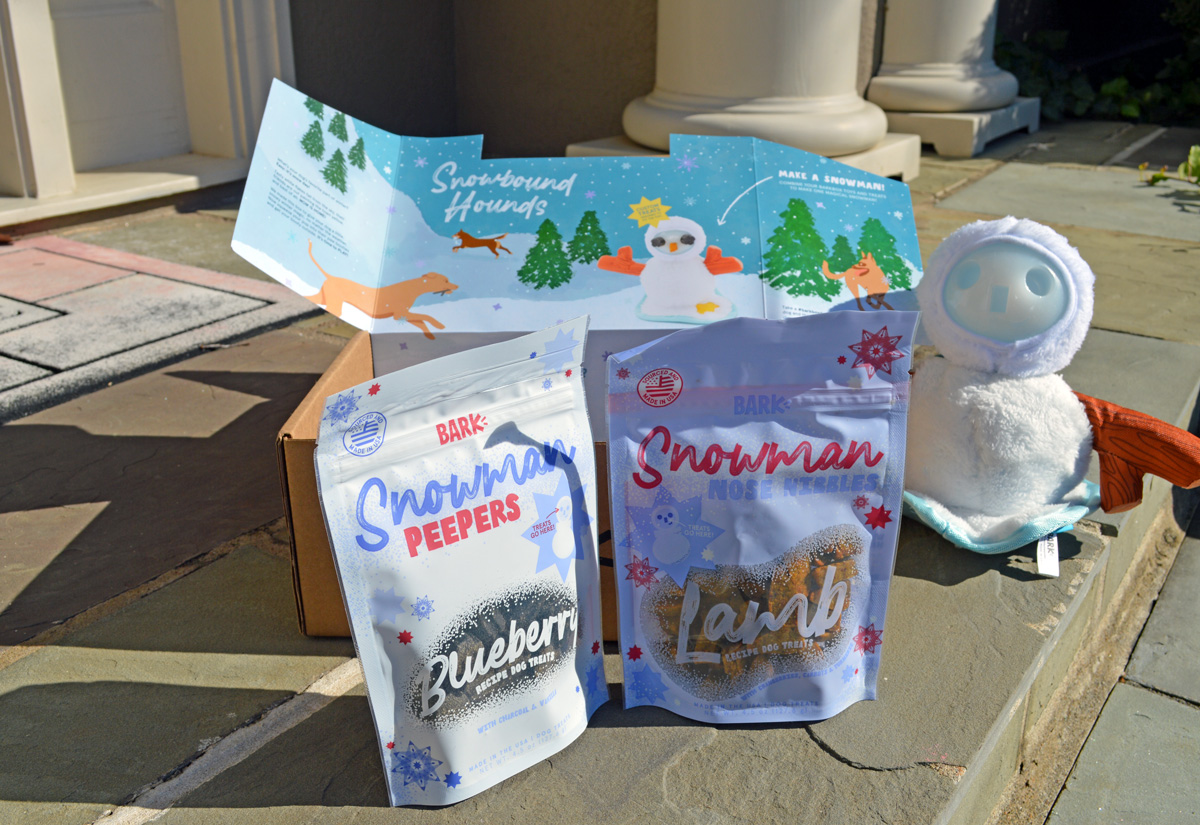 Bark Boxes each came with two toys, one of which was also a treat holder. The December box’s toys were Christmas Trees ornaments in addition to treat holders, but they didn’t reach the tree in this household, because I wasn’t crazy about Marlo jumping on it. 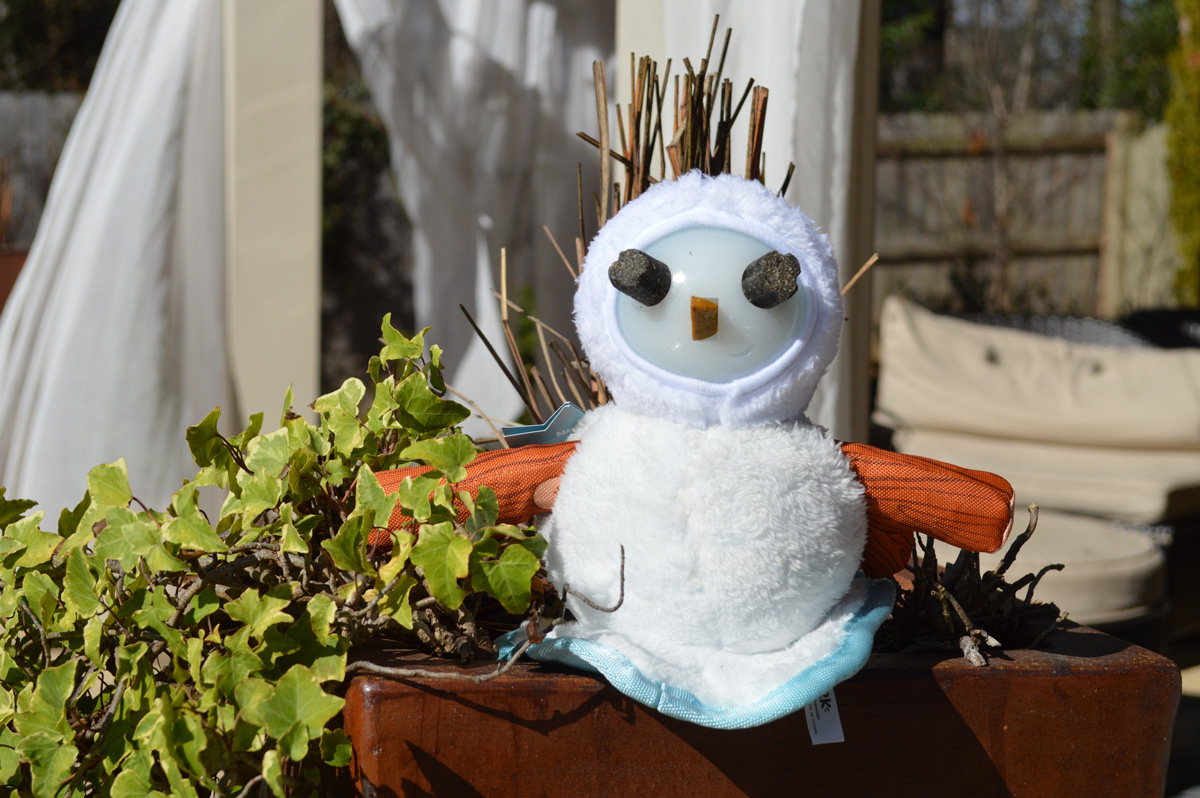 January’s box had a very appropriate snowman that had to be put together – head attached to the body and treats put in the holes for eyes and nose. 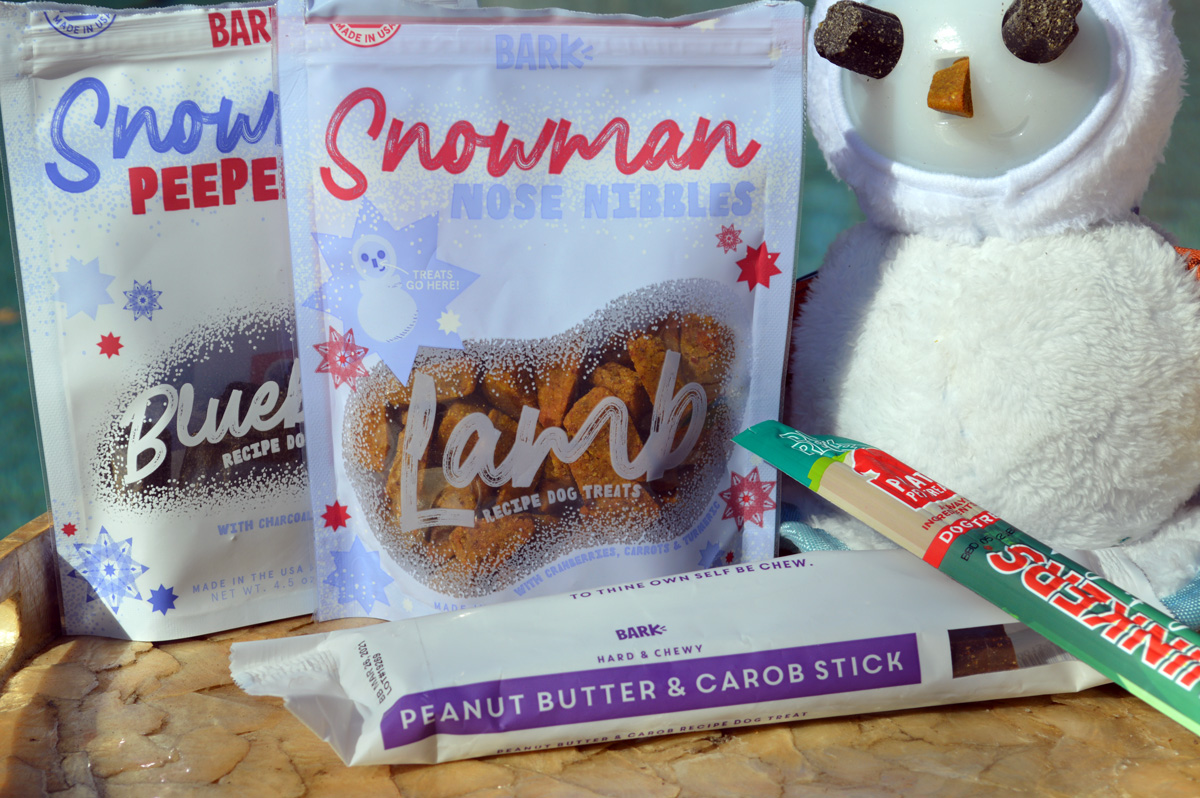 My kids love doing it for Marlo, but he gets the treats out in under a minute. 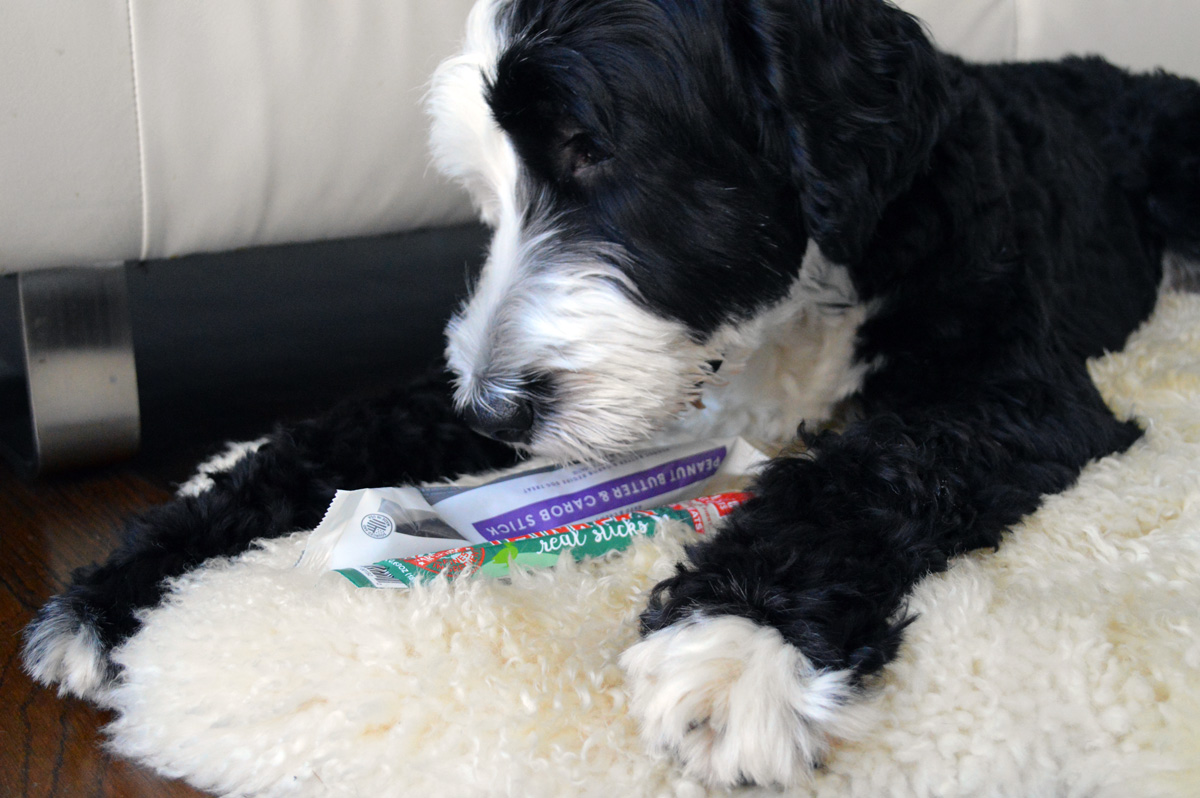 Besides the snowman and its treats, the box also had Peanut Butter & Carob Stick, which was enjoyed for lunch right away, and Duck Recipe Thinkers Real Stick, which I am still saving for some special occasion. 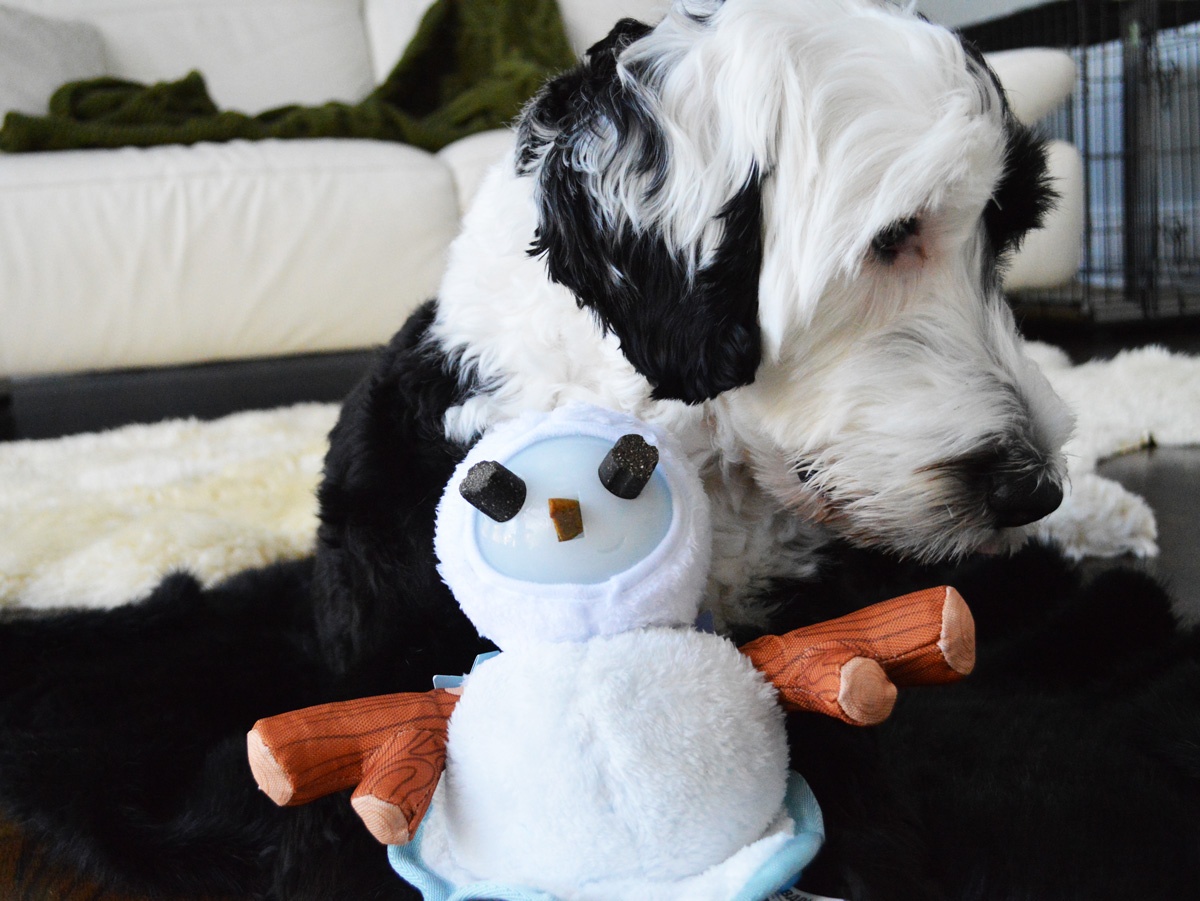 December box was my first one and besides the two Christmas ornament toys had two bags of treats and a hearty chew. 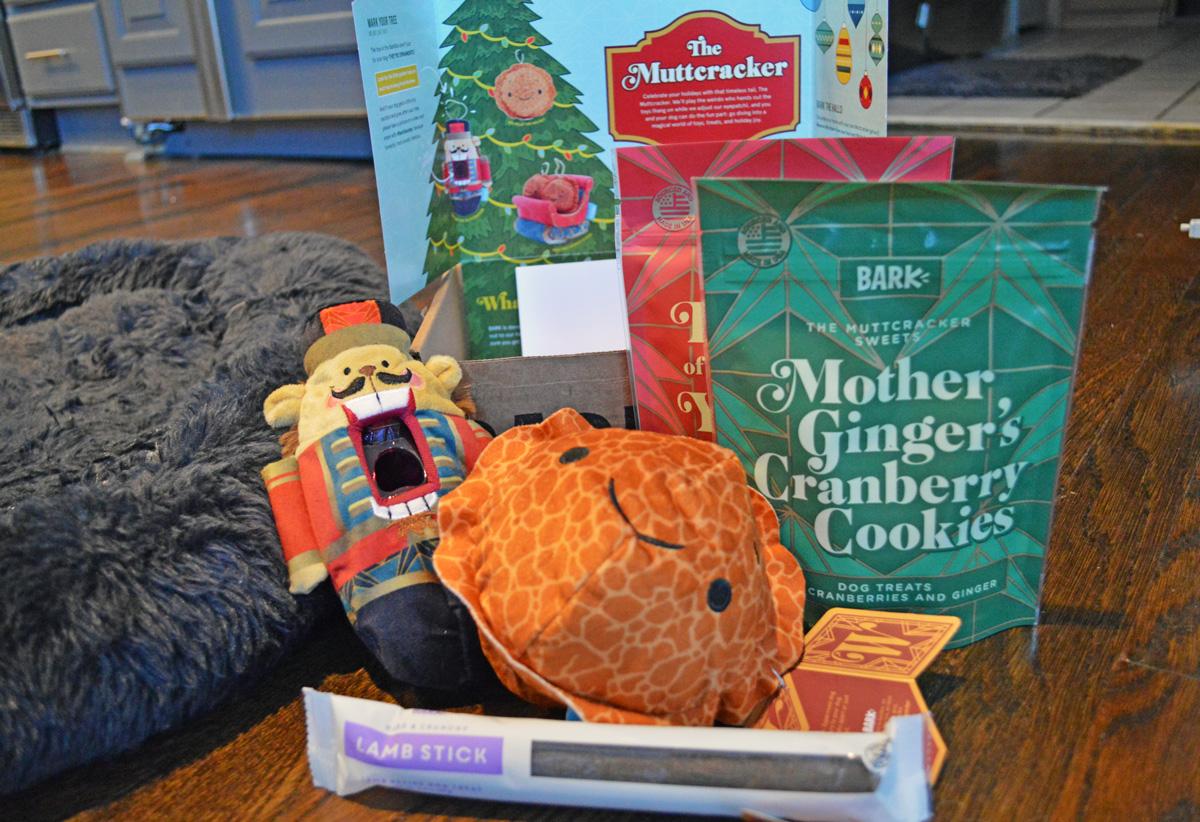 The Super Chewer box definitely deserves the name because it feels hefty upon lifting and then once you open and look at all the stuff, it doesn’t easily fit back in the box. After all, it does have one item more than Bark Box and has to fit in the same size box. 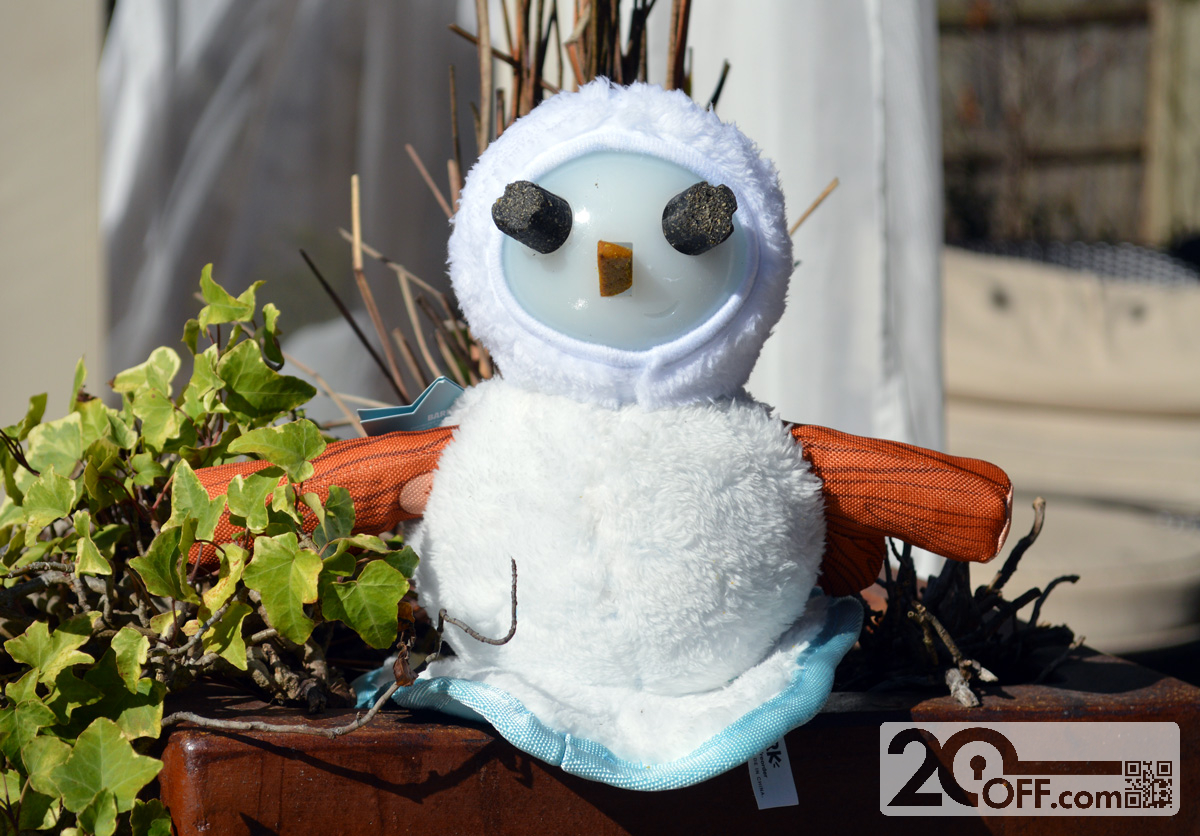 Marlo can definitely smell the good stuff inside and follows the box everywhere. I always want to take a few pictures of the box to remember what each one of them had, and I definitely get him into all the shots. 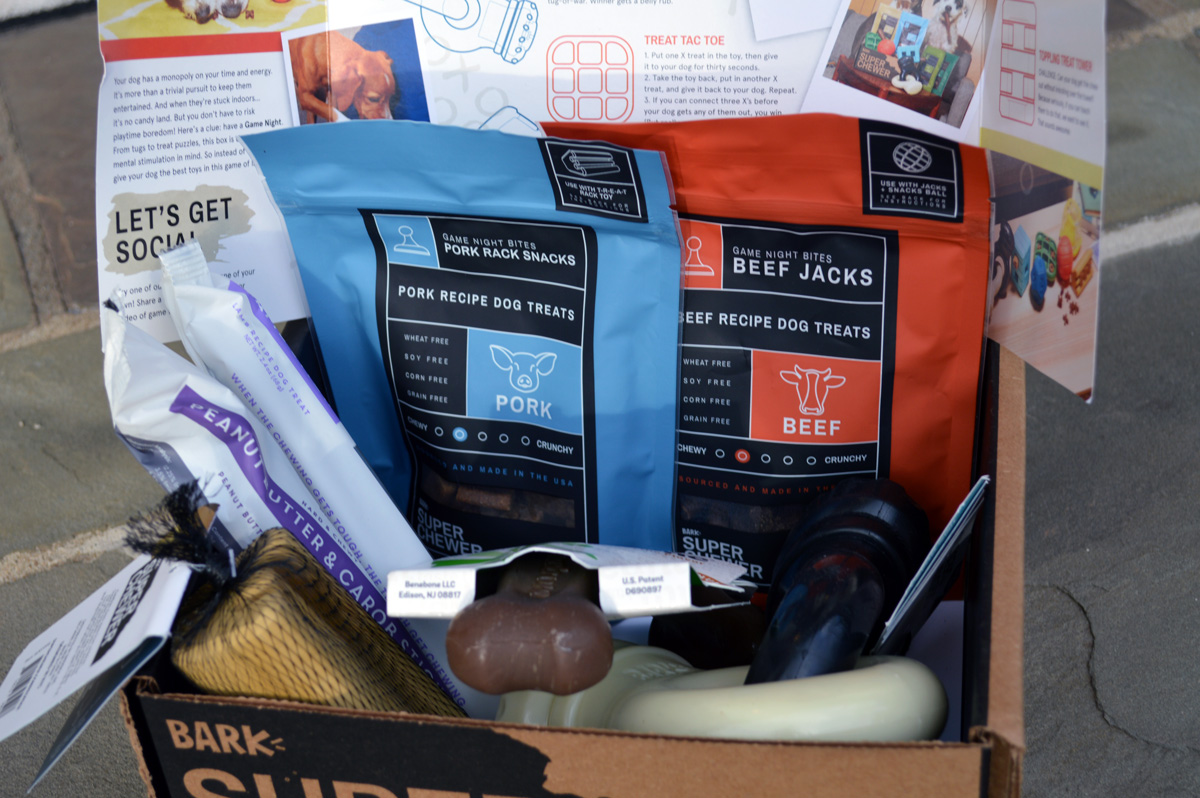 As soon as I picked up the Super Chewer box and my camera, he knew that treats are coming his way. 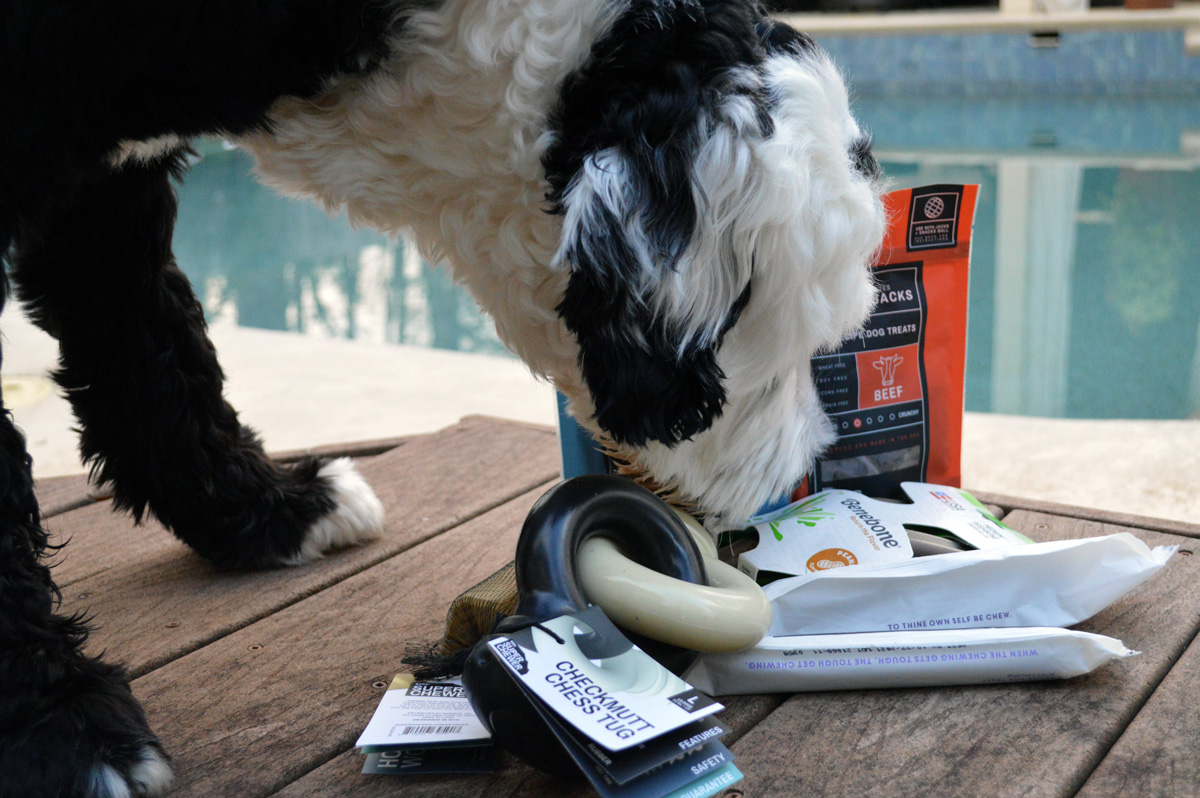 The first thing I let him have was the rubber treat holder that looks like wood. I snapped some tile treats from the bag on the ridge of it, but Marlo took them out immediately. 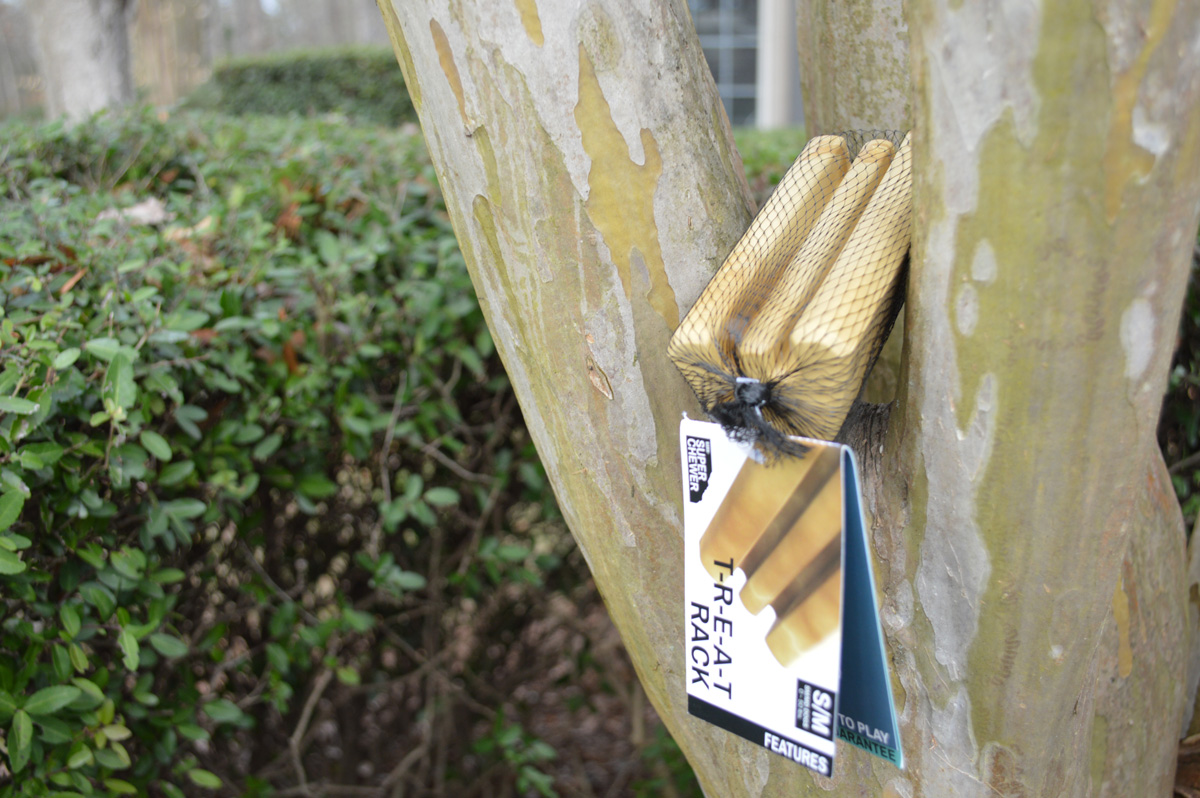 Once the treats were eaten, the sturdy rubber holder was enjoyed for about 30 minutes and is now missing a huge part in one corner. I think it’s the material that feels really good on his gums. It’s his box after all, so I am letting him have whatever he wants. 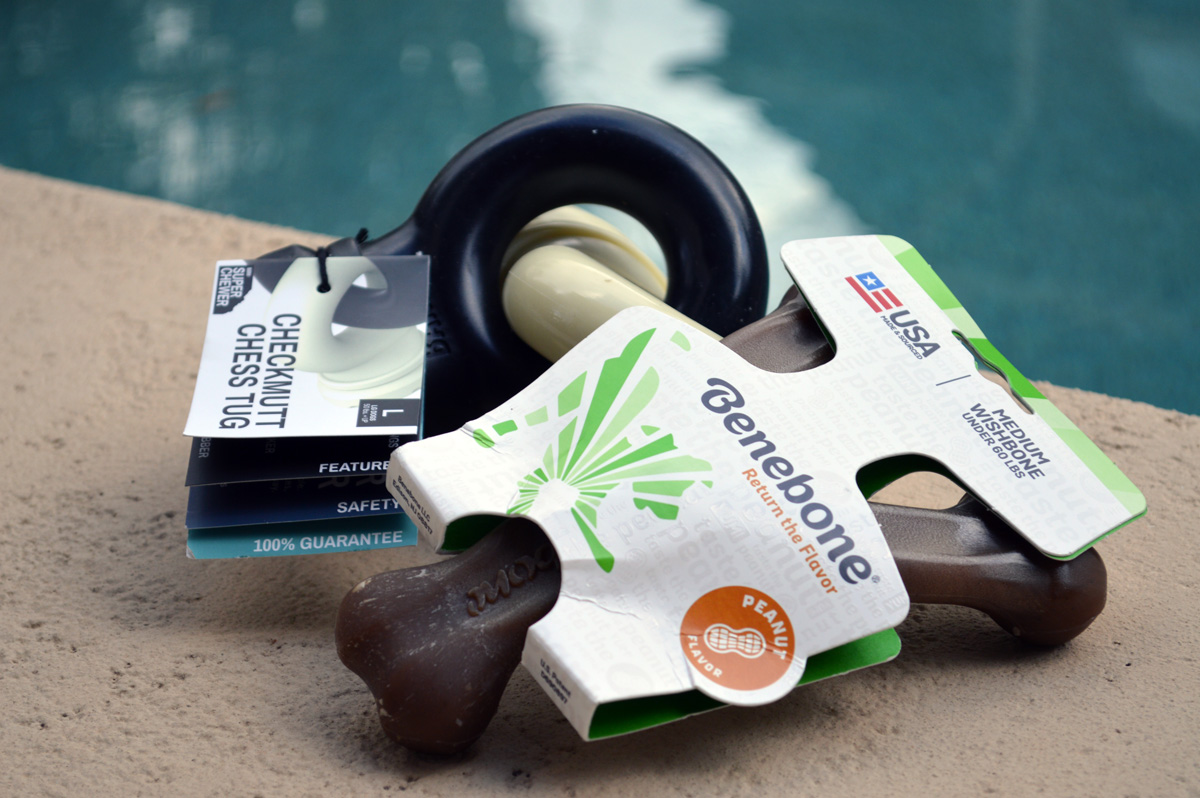 He also likes the Benebone peanut butter flavor wishbone. I bought a similar one for him before and he loved it for days. 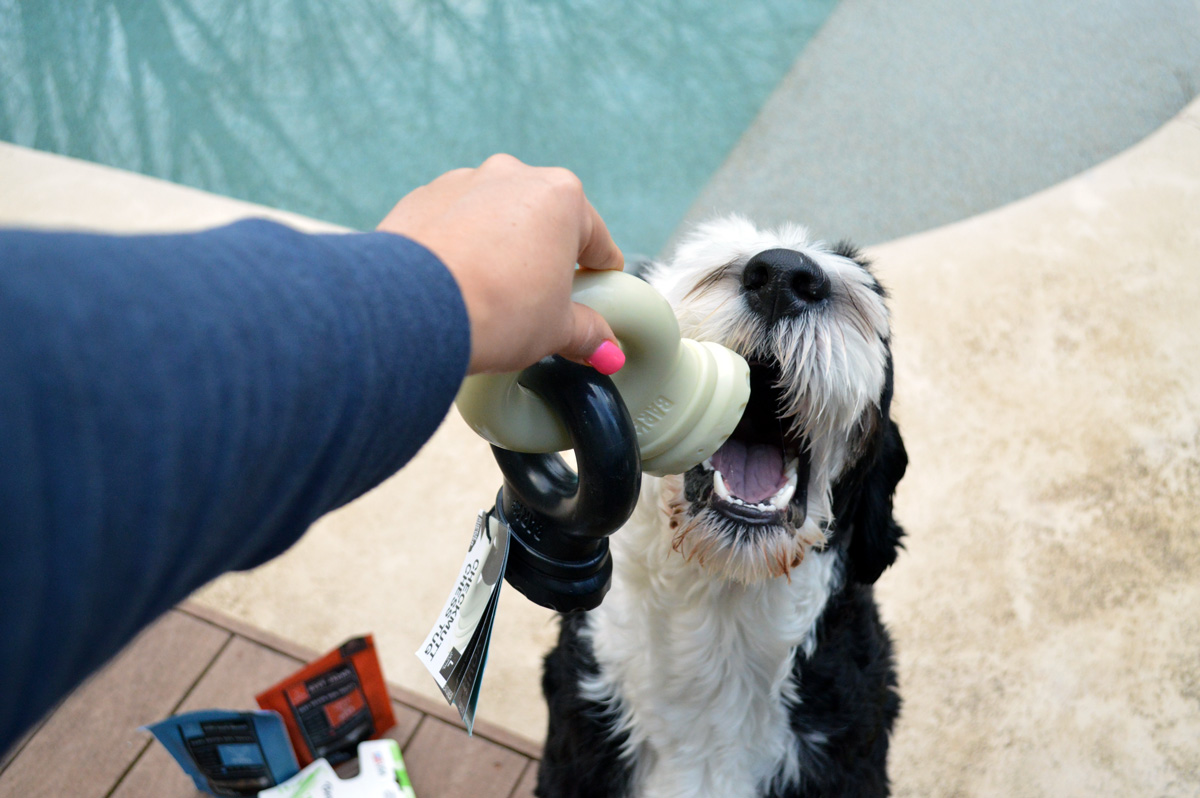 One more amazing toy in the Super Chewer box is black and white Checkmutt Chess Tug made of rubber. This one looks like it’s built to last too. 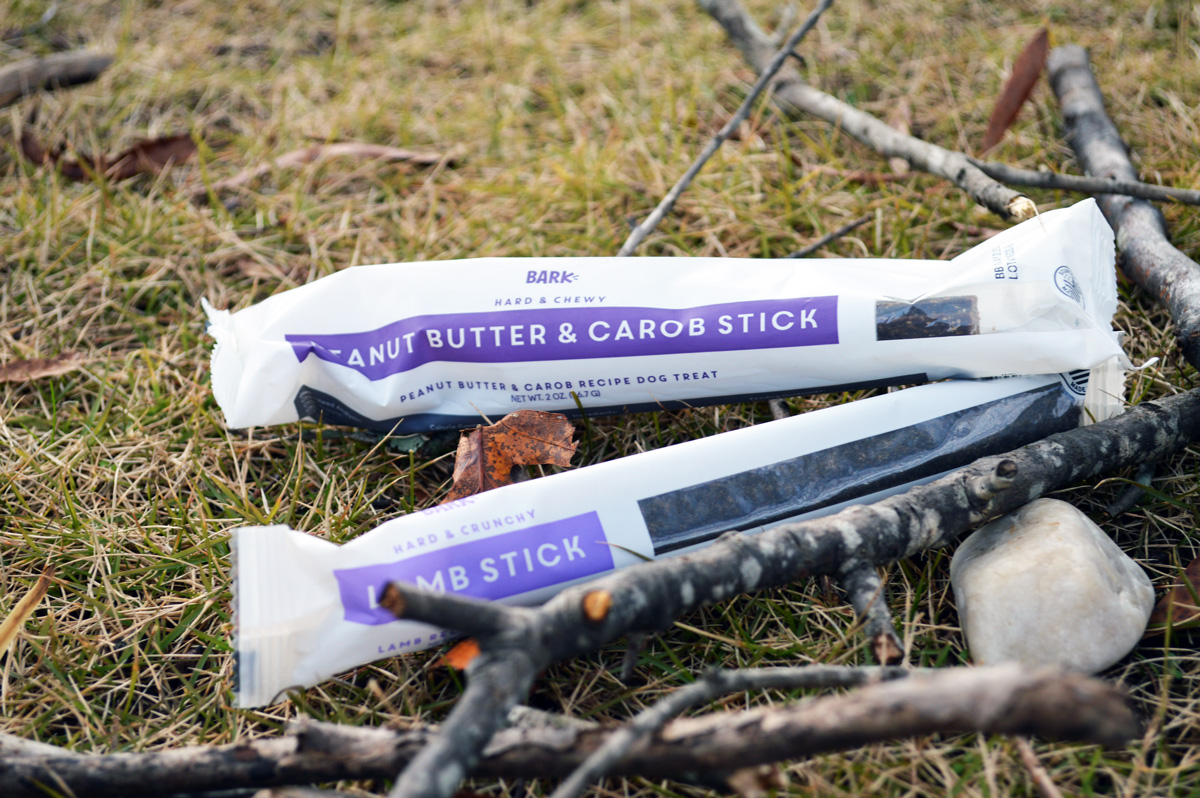 Finally, there were two treat sticks, like the ones we had in the previous two Bark Boxes. They are tasty, but very soft and get eaten in minutes. 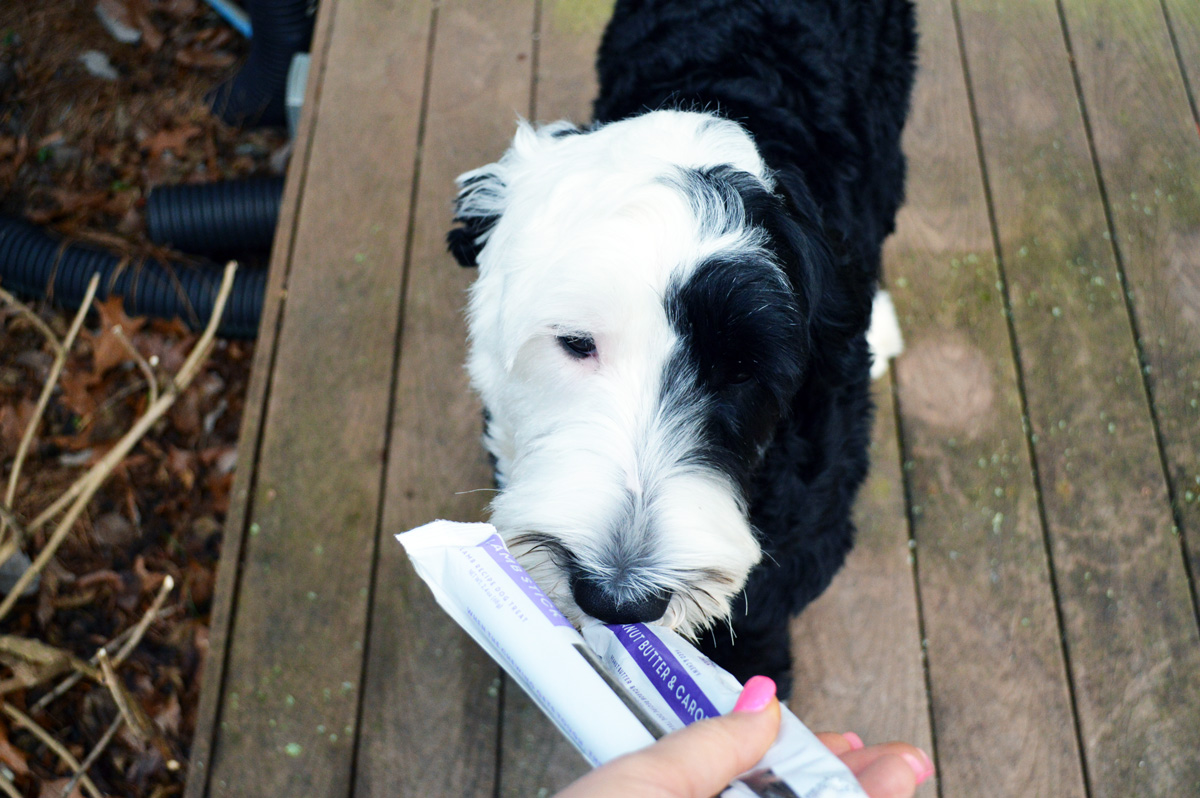 Overall I am very happy with what I got from Super Chewer. I can definitely tell the difference this upgrade makes – the toys are rubber and tough, while the treats are soft and tasty. Treats might be gone very soon, but I can see that rubber chews and toys will be enjoyed for a while. 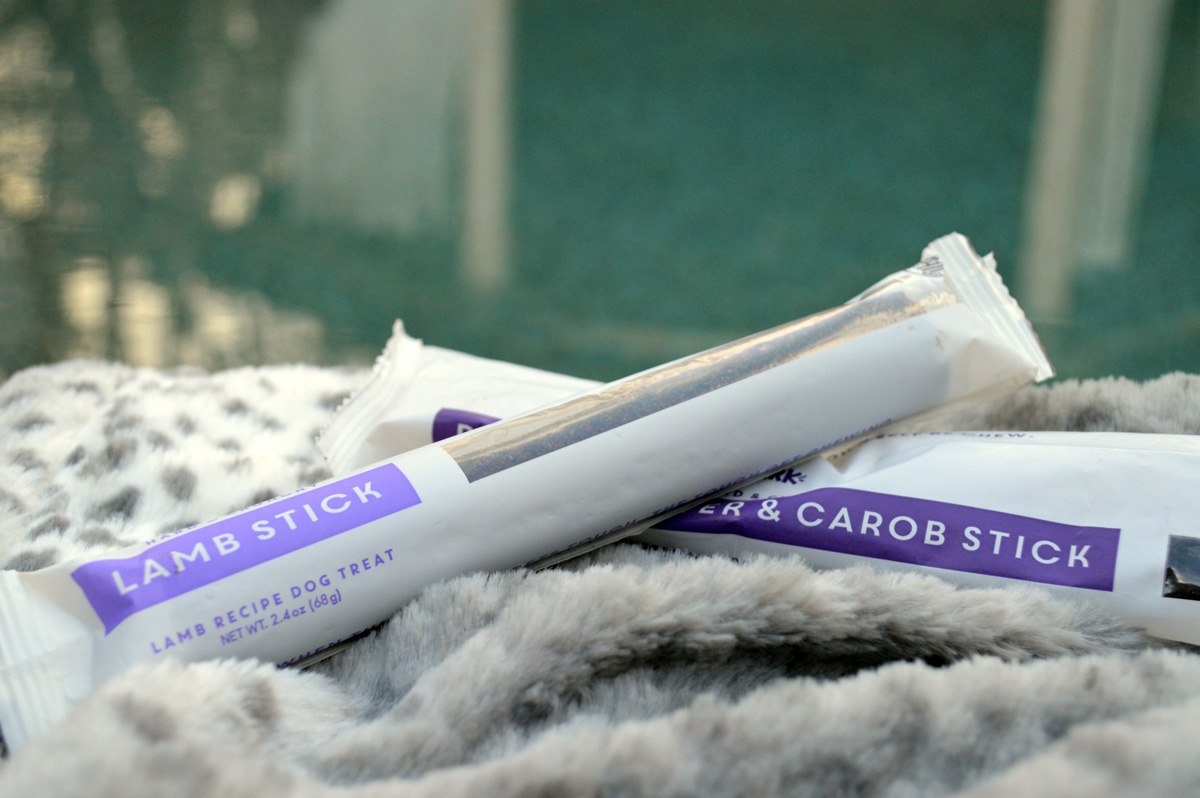 New customers can get discounts for their first time boxes and should definitely look for coupon codes before buying.

I know that both BarkBox and Super Chewer first boxes can be discounted as much as 50% during special pricing deals. 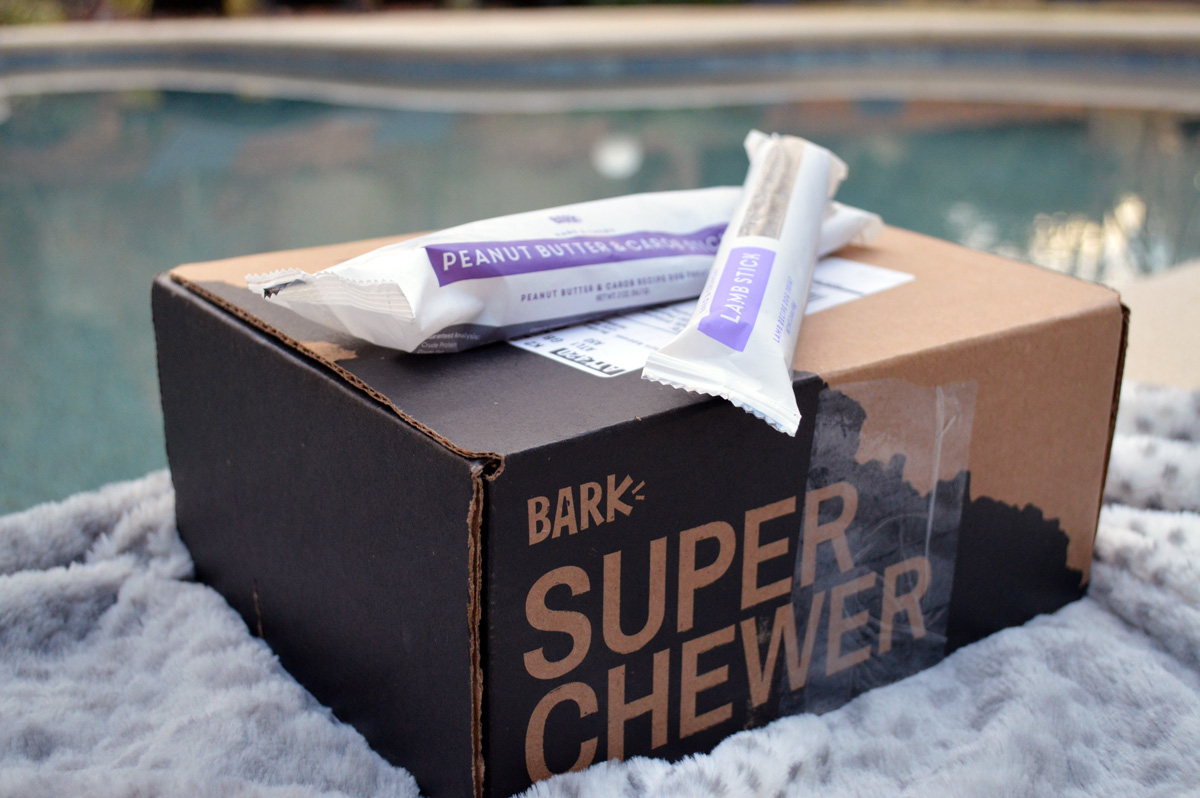 I am not sure which one will I be ordering in the future, but so far I am leaning more towards the Super Chewer. As a young dog’s owner, I really enjoy when he has something to do and to chew on, which means that I get a minute of peace. Yes, I like cute plush toys, but maybe I should wait another year for Marlo to stop killing them. Whichever way I’ll choose to go, I’ll make sure that I’ll subscribe to at least 6 months and save $5 on every box.