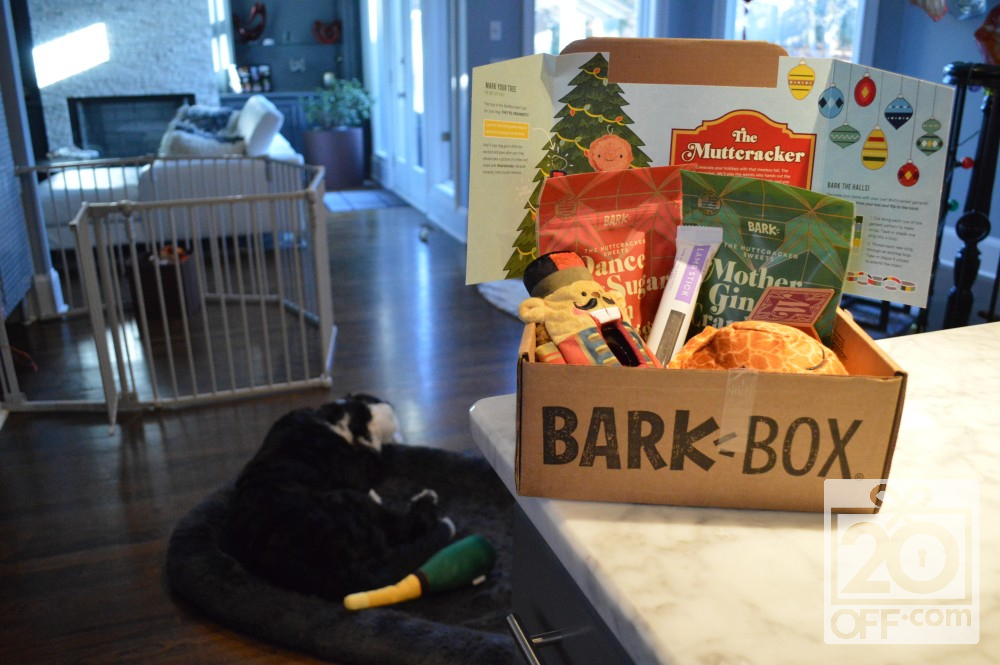 As of today my dog Marlo has seen two BarkBoxes in his life and both of them within a month. I would be a bit worried that is he getting spoiled if I didn’t love him so much. This love is what made look for a gift for him in the first place, and with increasing popularity of subscription boxes, I decided that a gift that keeps on giving every month is the best option possible. 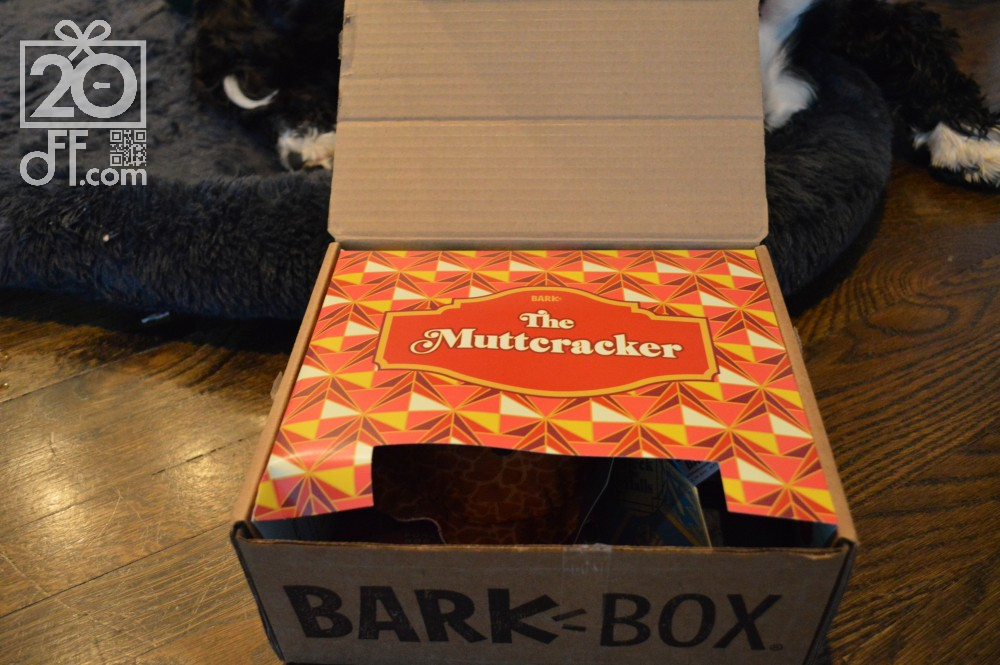 I did some research and learned that many pet parents love BarkBox. After more research I understood that it’s actually affordable. Each box costs $29 per month, but if you sign up for 6 months, it is $25, and with 12 month membership, each box is just $21. Every box includes 2 toys, two bags of treats, and at least one hearty chew – good luck buying all that for $21 somewhere else!

After receiving the first box, I immediately fell in love with the idea of different theme every month. Holiday months follow holiday themes, such as Christmas, Thanksgiving, or 4th of July, while all others come just as cute and coordinated. 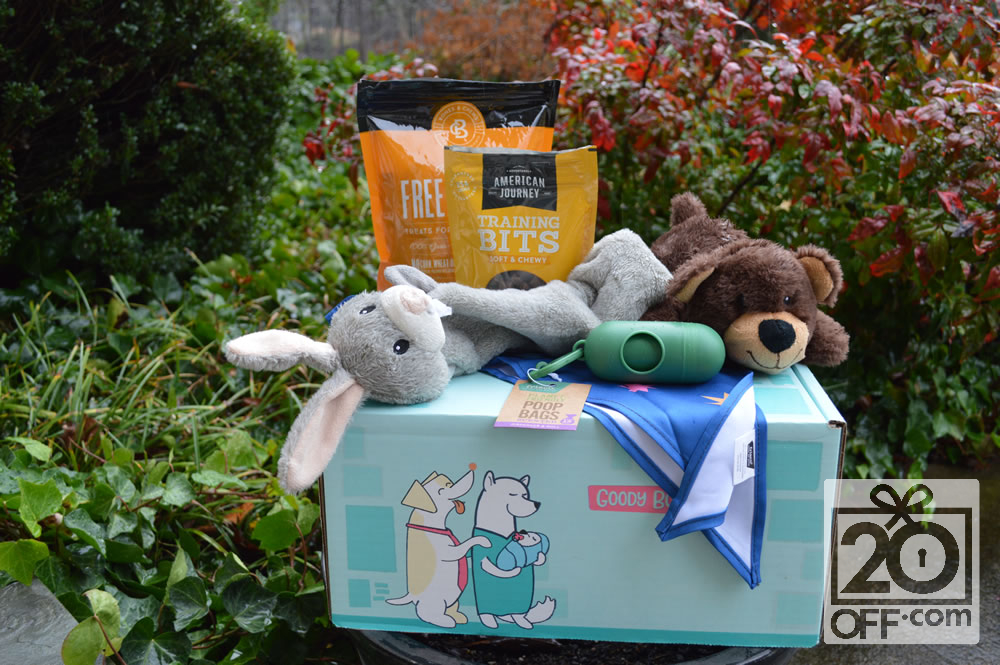 Our first box was in December, so naturally, Christmas. I love surprises, so that first box was extra special as we didn’t know what to expect. Nothing could prepare me for the treasures that came out of the box. I expected some generic toys and cheap snacks, to be honest with you, but it was nothing like that. 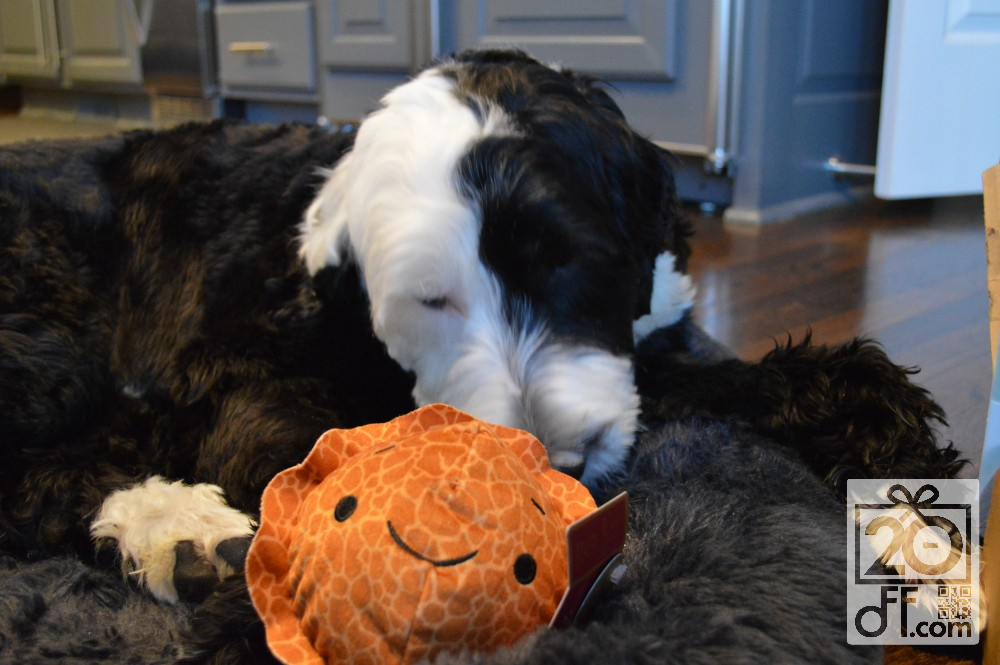 The theme of the box was the Muttcracker, which was written on the paper lid under the lid of the outer box. Marlo was a bit shy to stick his nose into the box, but it only took a bit of encouragement for him to get the hang of it.

He started happily unearthing Wilhelm The Walnut, which is a round chew ball covered with a cloth that looks like a soft walnut, and then Nikolai the Nutcracker, which is a toy, a treat dispenser, and a Christmas tree ornament all in one. The Walnut is also an ornament. The two toys were sturdy and looked very nice. I had to admit to myself that I wouldn’t be able to find something that original at any pet store. 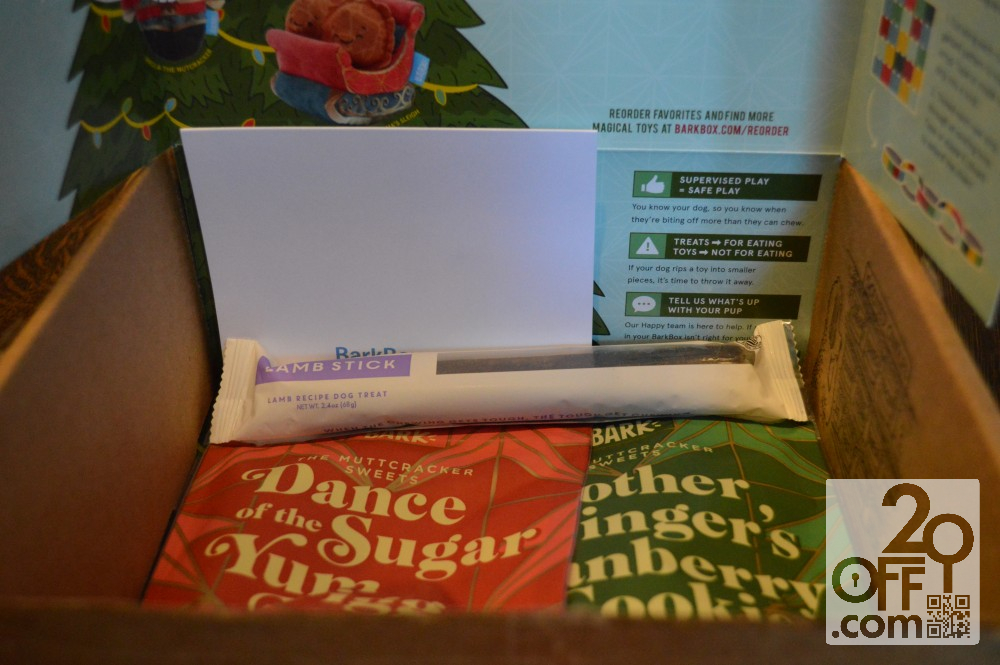 One bag of treats was Dance of the Sugar Yum Piggy pork recipe, the other – Mother Ginger’s Cranberry Cookies. Marlo is not a spoiled by treats dog, so he likes them both, but the pork recipe has a stronger smell and might be sniffed just a bit more than the ginger cookies. Both treats had no wheat, soy, corn, or grain, and were made in the USA, making me feel very good about them. 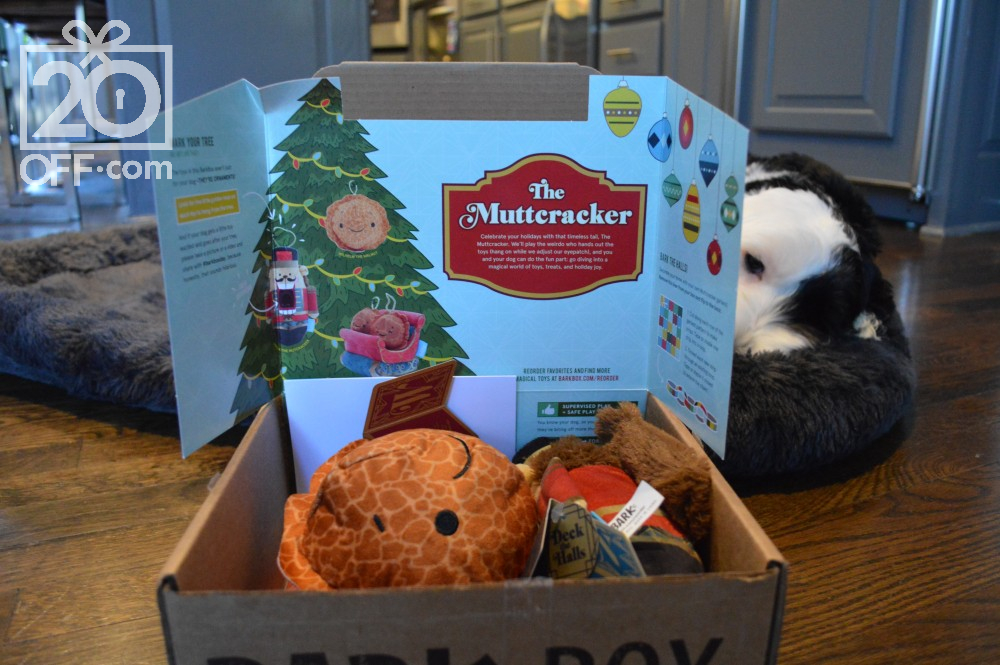 Finally, there was a chewy stick that got eaten right away and I don’t remember what exactly it was. I just know that it said hard and long-lasting on it, but it was gone in about 3 minutes. All in all, I can say that the first box was approved by both me and Marlo. 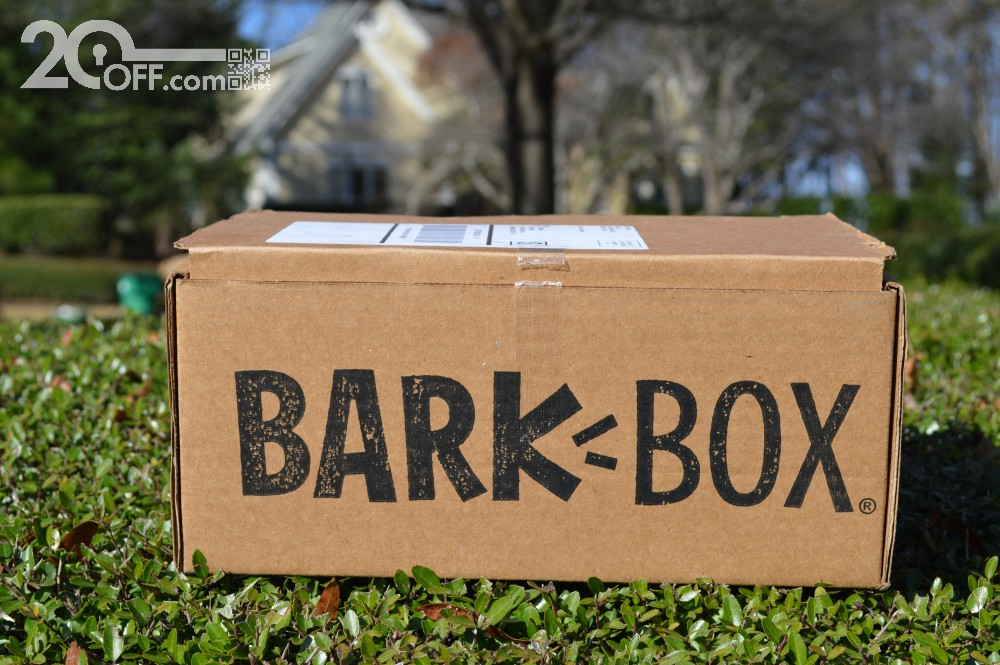 After the December box we were really looking forward to the January one. It finally arrived today and I think by now Marlo understood that he is allowed to check it out and pull stuff out for him to enjoy, so he went right for it. 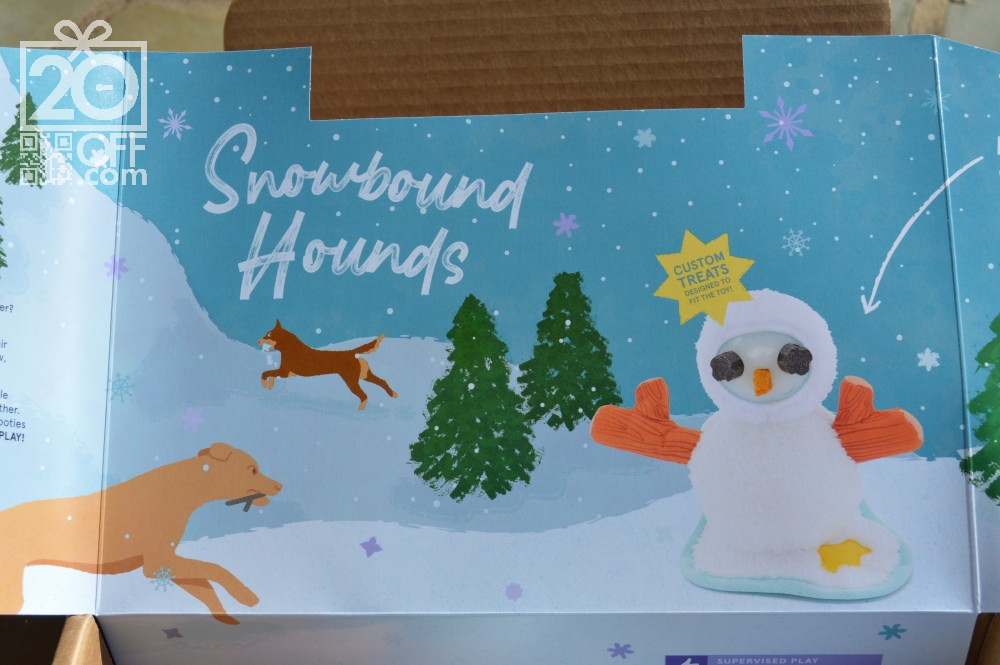 This time the two toys were actually two parts of one – a snowman that was also a treat dispenser. 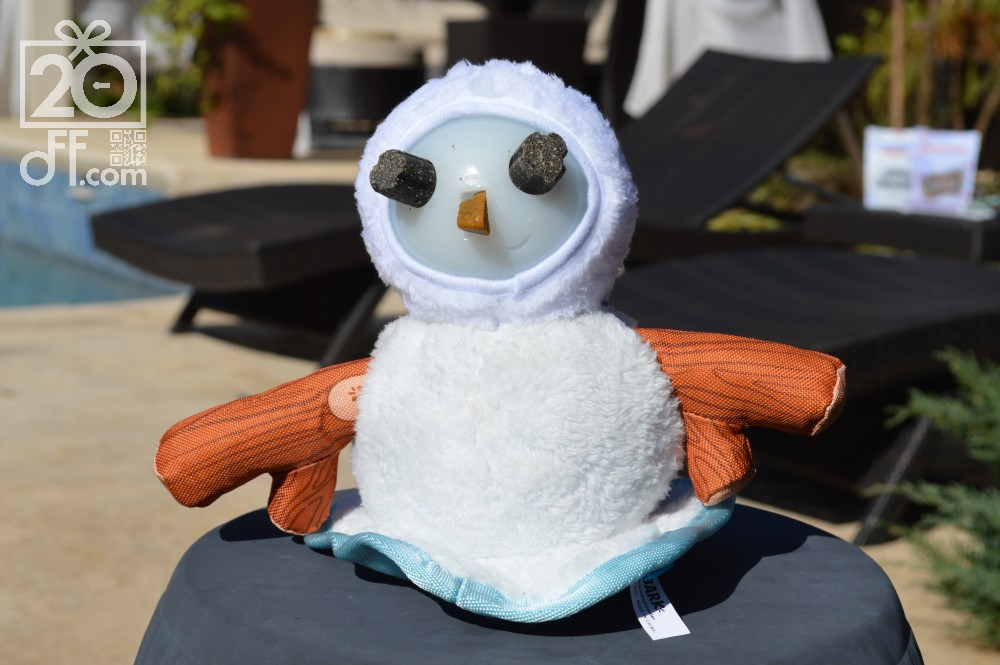 The body and the head had to be attached together by a Velcro attachment to make a snowman. There were holes in the plastic head and it took me a minute to understand that I needed to put some treats in them before letting Marlo play with it. One bag of treats contained little orange triangles for the nose, while another was full of treats that went into the eyes. 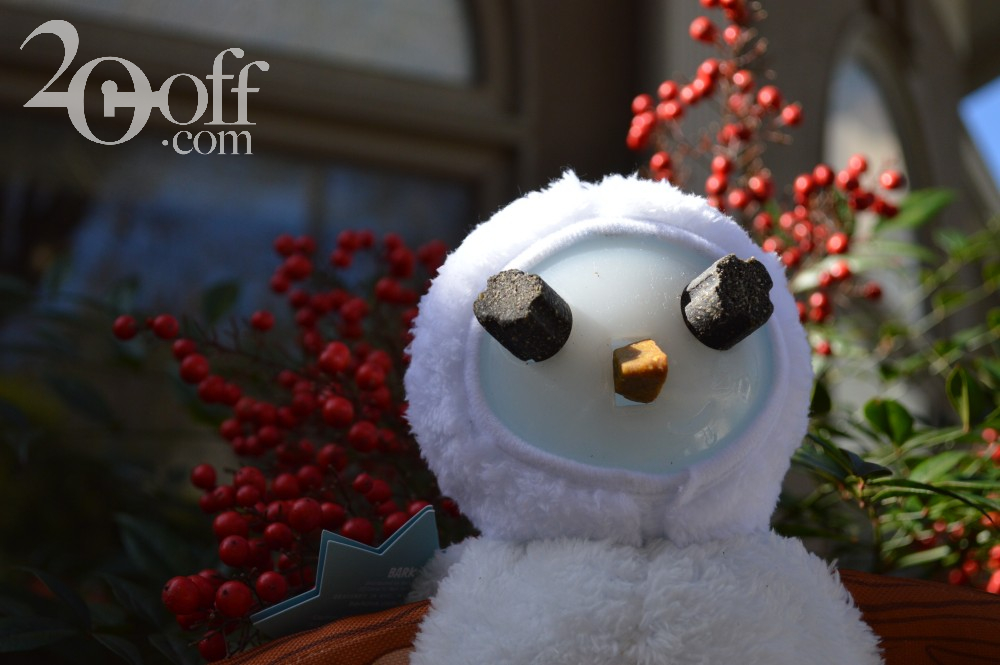 The nose treats are called Snowman Nose Nibbles and are made of lamb recipe. Eye fillers are Snowman Peepers with charcoal and vanilla blueberry recipe. Marlo found that the little carrots come out easily, but he had to work hard to get the eyes out. After refilling the snowman a few times, I took it away and stored for more treat dispensing. The whole snowman toy is very white, so it will look dirty pretty fast if enjoyed a lot by his rightful owner. The head part is really just a hard plastic chew ball inside the white plush cover, while the bottom is also a round plush toy with stuffed logs for snowman’s arms. 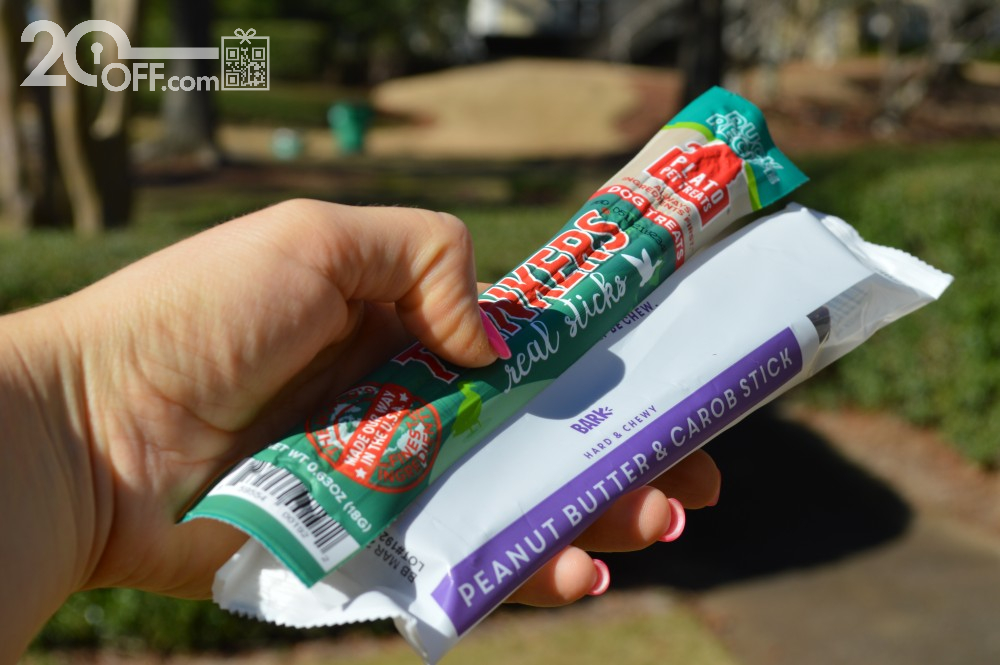 Besides the 4 snowman assembly parts, there also were two chews in the box. One is tasty looking salami stick called Thinkers Real Sticks from Plato Pet Treats, and another – Peanut Butter & Carob Stick, soft and chewy. 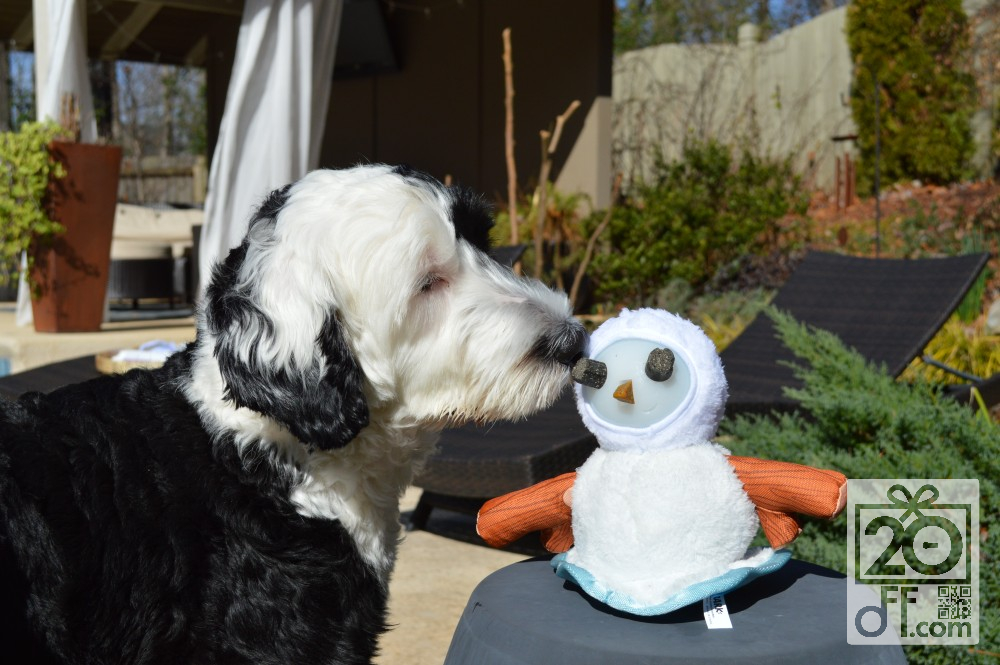 I can see how they both will be enjoyed by Marlo, but not for too long, probably around 3 minutes. 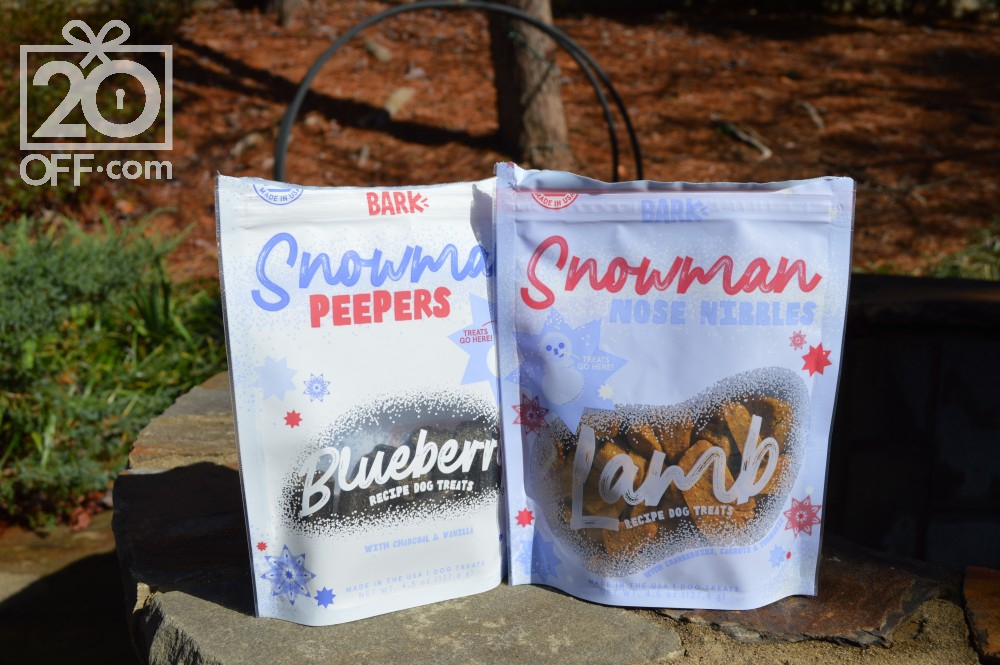 The treat bags from this box were also grain, corn, soy, and wheat free, giving me confidence that I feed the king of the house with proper royal food. 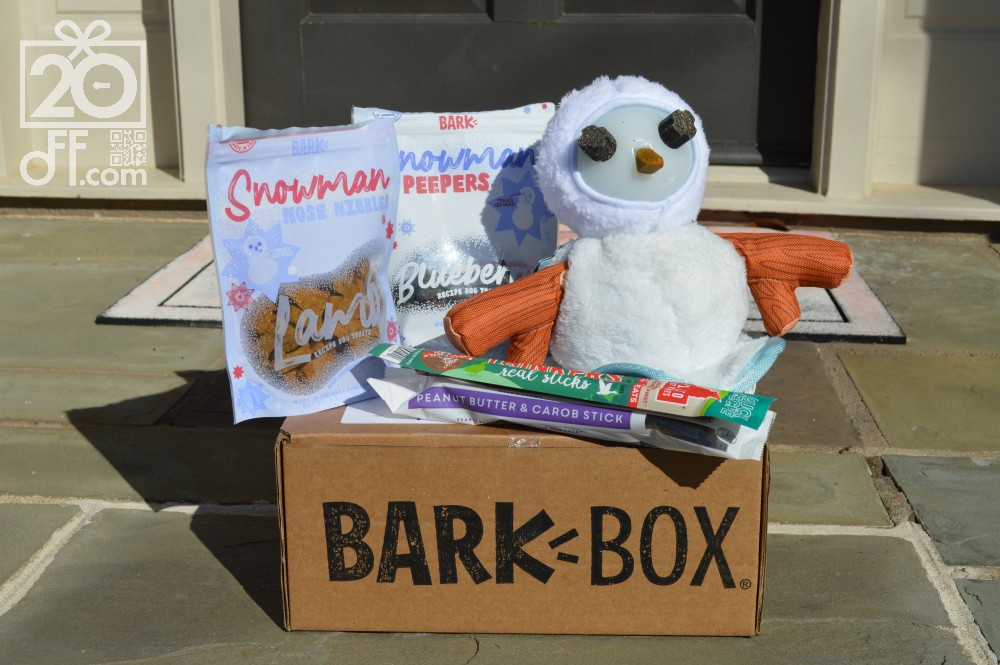 After testing both boxes, I can’t really say which one I like better. The first one had the element of newness and total surprise, while another had to keep up with our high expectations, which it totally did. I will give the first box 10 and 9 to the second one simply because the snowman is very white and will look worn out soon enough. Keep up the good work, BarkBox! 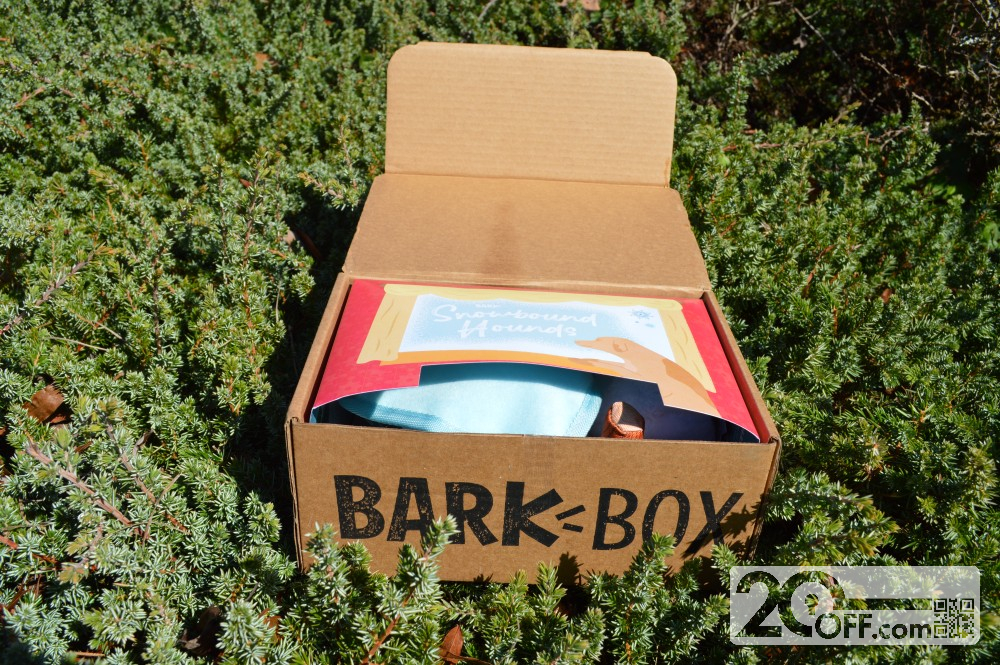