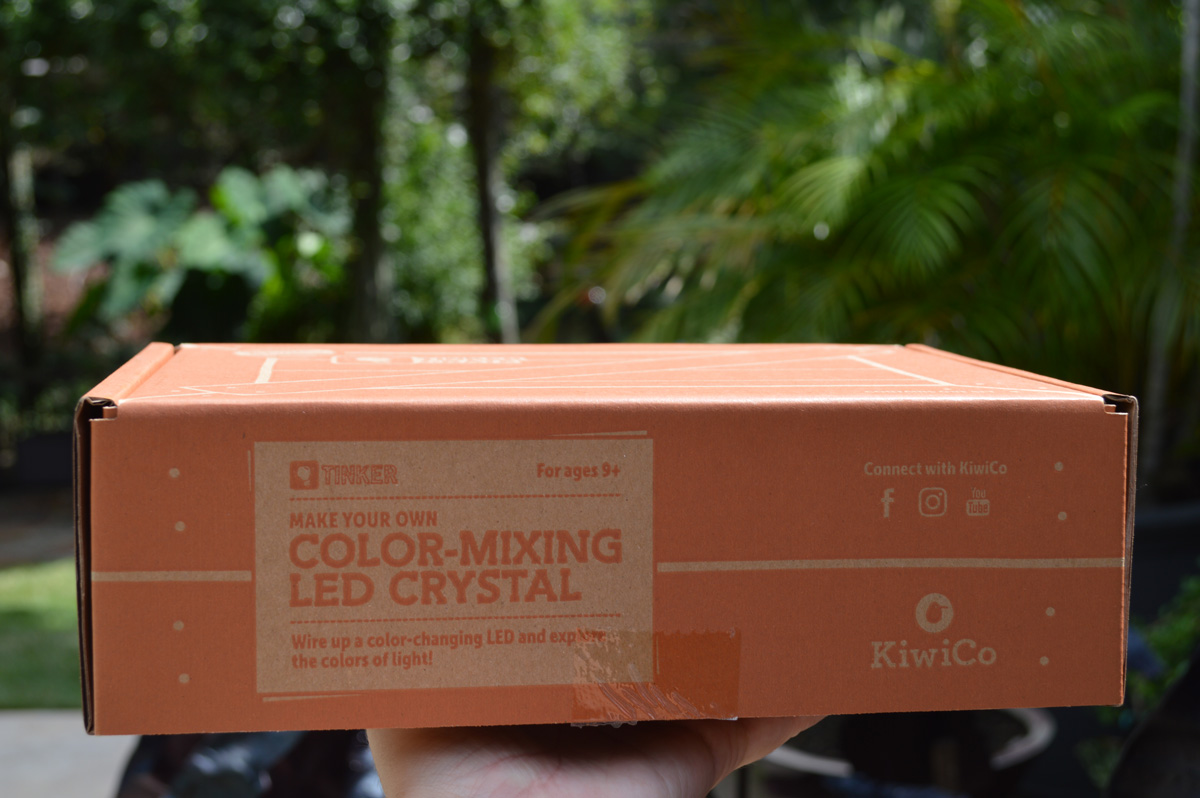 My son is definitely a tinker and loves all things that have some type of electricity and batteries, so Tinker Crate from KiwiCo is right on for him. He continues to ask me every few days about when is the next one coming, so I make sure I keep them coming, as every good mom would. In all seriousness though, I don’t mind spending $19.95 for a box that makes my child so happy without me having to do anything. 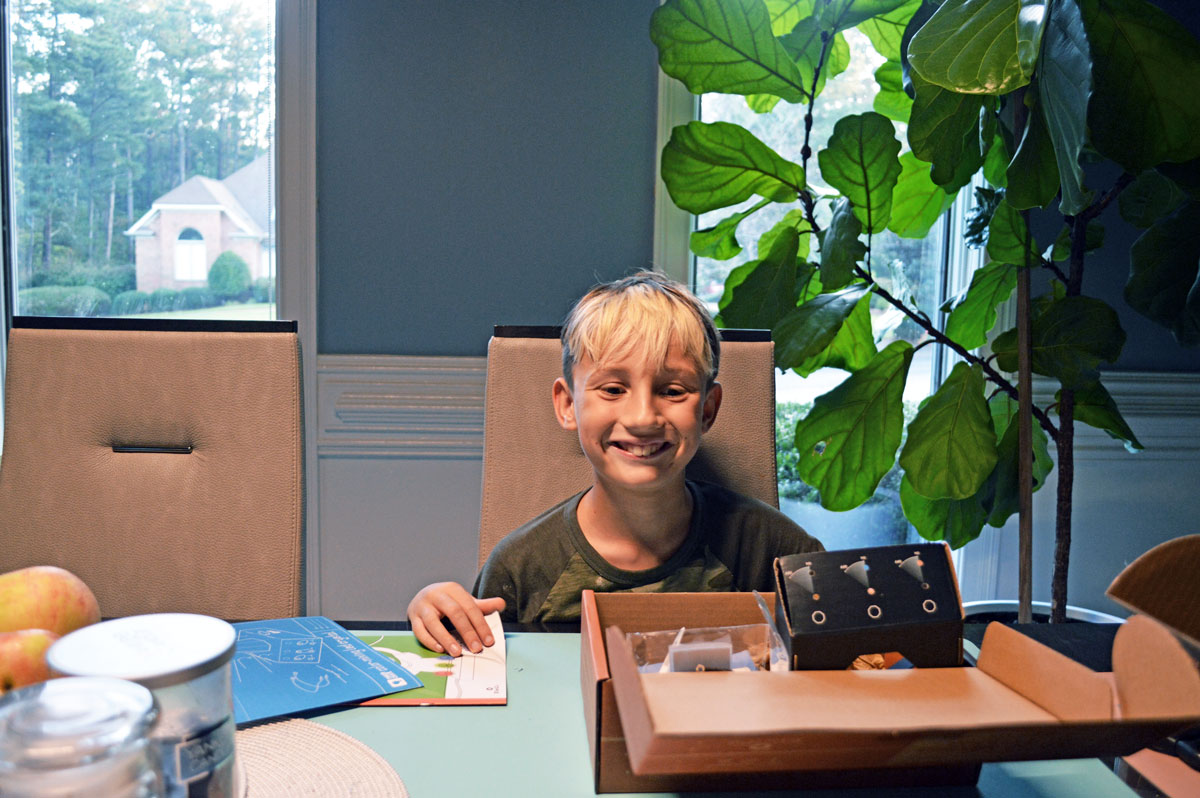 I fully trust people behind KiwiCo and their ideas and execution. All the things my son built so far were very interesting and required full concentration when connecting wires and batteries. He treats the projects as great fun, but they all touch on STEAM, so he is learning something new and practicing concentration, which is so needed in his case. 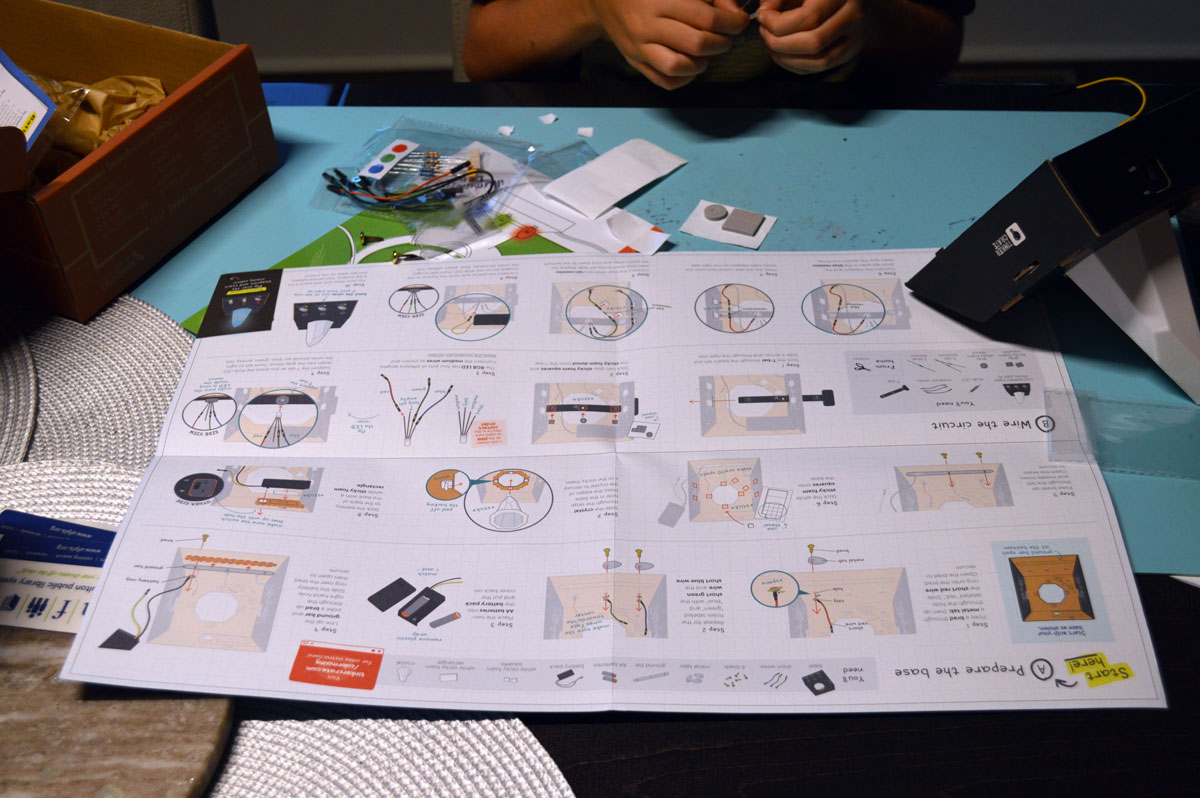 Every crate arrives with everything included, even batteries. All materials are great quality and because of that every project lasts for months of play after it’s complete. I feel like the value is great and he actually builds something that doesn’t need to be thrown away two days later. So I love KiwiCo crates almost as much as kids, but for slightly different reasons – each box brings me a few hours of peace and a chance to get things done. 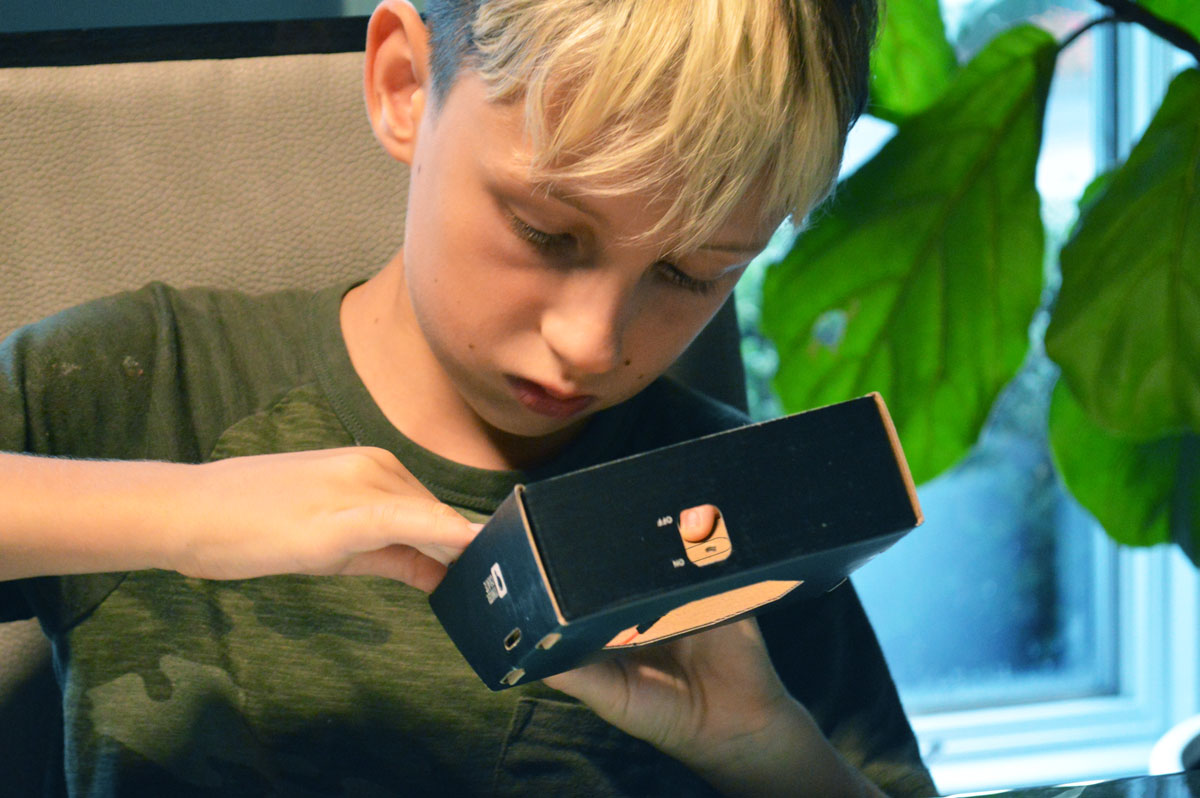 When we first ordered the Tinker crate, I thought that my help might be needed, but now I see that not at all. My 8 year old does everything by himself and refuses any help whatsoever. He does allow me to take pictures and I find him so cute when he is deeply immersed in a project like this.

This month Tinker crate is all about colors and is dedicated to Color-Mixing Led Crystal making. His sister’s Doodle crate is also about colors and mixing theory. My young tinker doesn’t care much about theory behind colors, but give him some wires and LED lights and he will be absorbed for about half an hour, which is how long it took him to make this crystal light device, maybe even less. I have to admit that I wanted him to be busy for longer, but he is fast and it wasn’t too complicated. 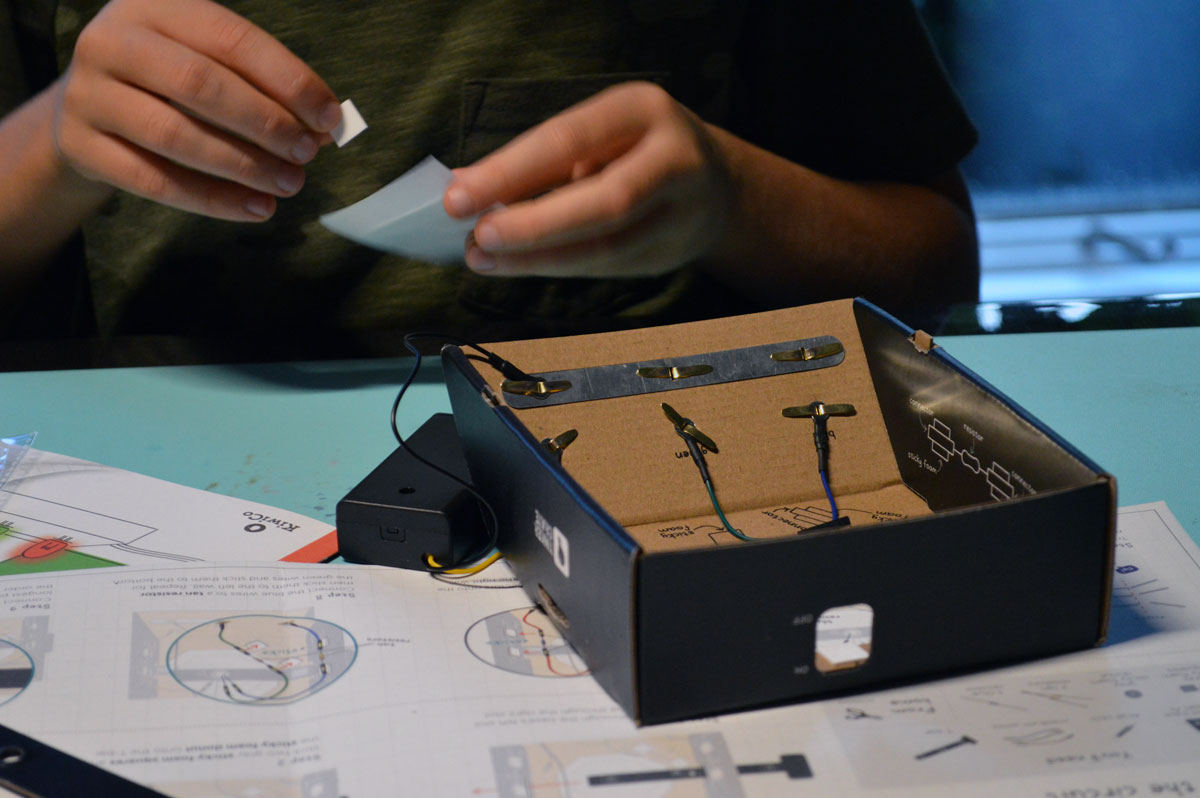 The way it works is plastic crystal shaped plastic formation sits on top of a little paper box, inside of which there are LED lights. Three colors that you can turn on with little switches are red, green, and blue – primary colors. If he turns green and red together, he gets yellow glow, red + blue creates magenta, and all three make white.

Making the device was a lot more fun that playing with it though, but nothing to be done here. I am hoping they will be able to use this light crystal during their LEGO city games later. 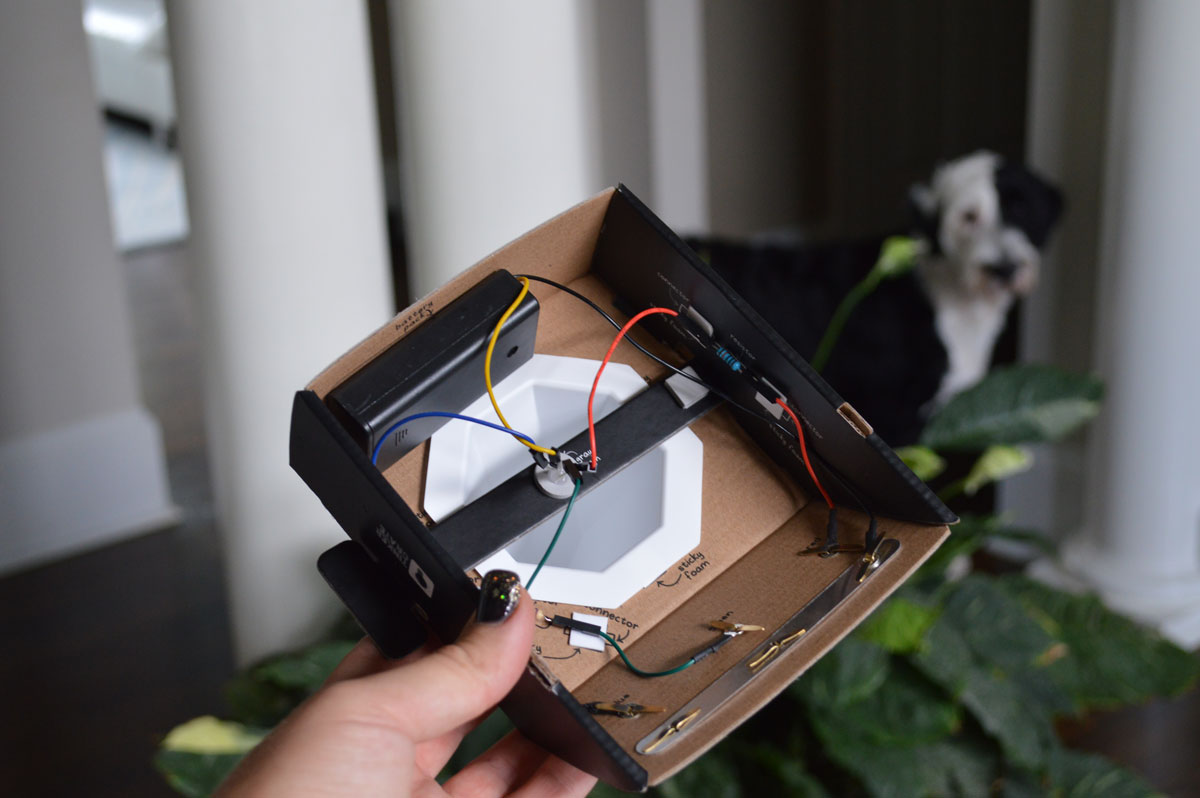 My son is not too interested in Tinker Zine that comes in the crate, but I should really get him to read it, because it has lots of great and age-appropriate material. There is a section dedicated to living color and how we and animals see colors. He can learn about mixing light and about rainbows. Then there are a couple of pages dedicated to color photos and printing. Finally, he can read about the resistors he used in his device and try touching the wires to various objects or swap green and red wires to get a different color. This magazine has ideas that can extend his interest in the project for longer. 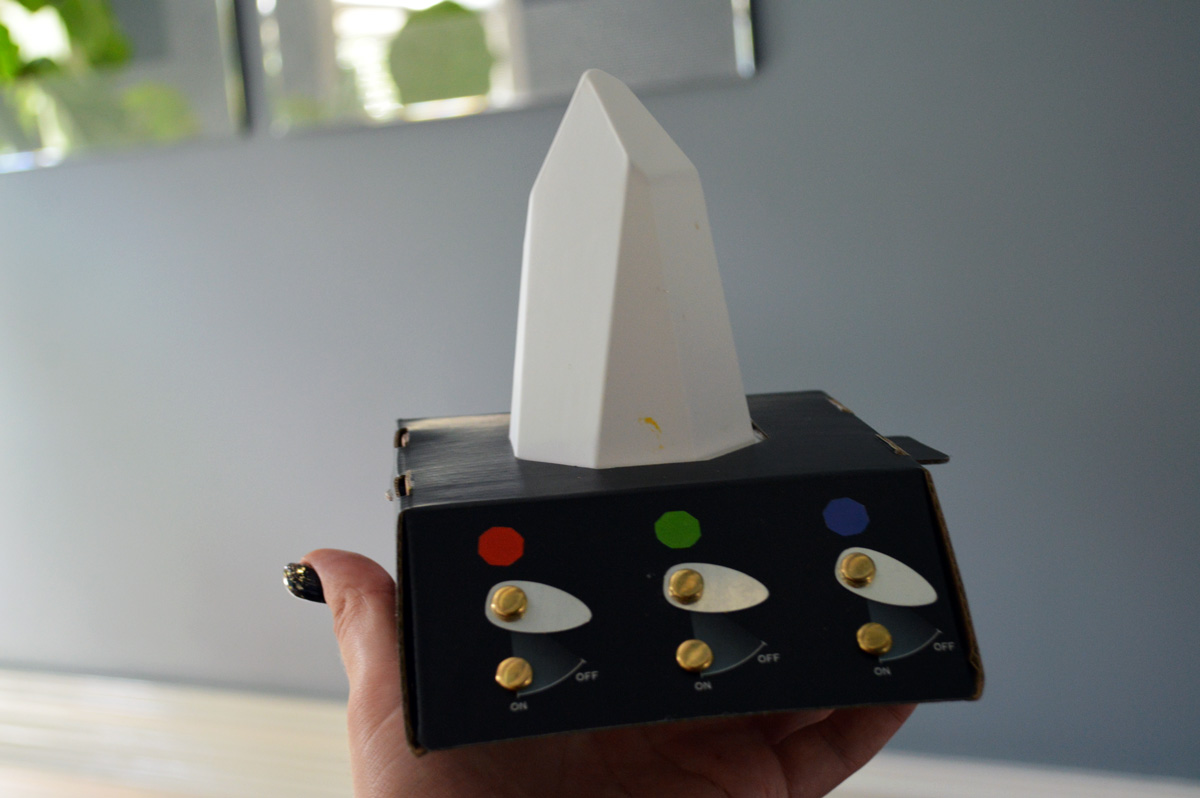 Overall we are very happy with the latest crate, but hopefully next time we’ll get something more complicated to build. If not, I might consider changing this crate to one of those serious ones for kids 16+. This is another reason to love KiwiCo – you can cancel and change crates anytime you desire. Give it a try if you haven’t yet!