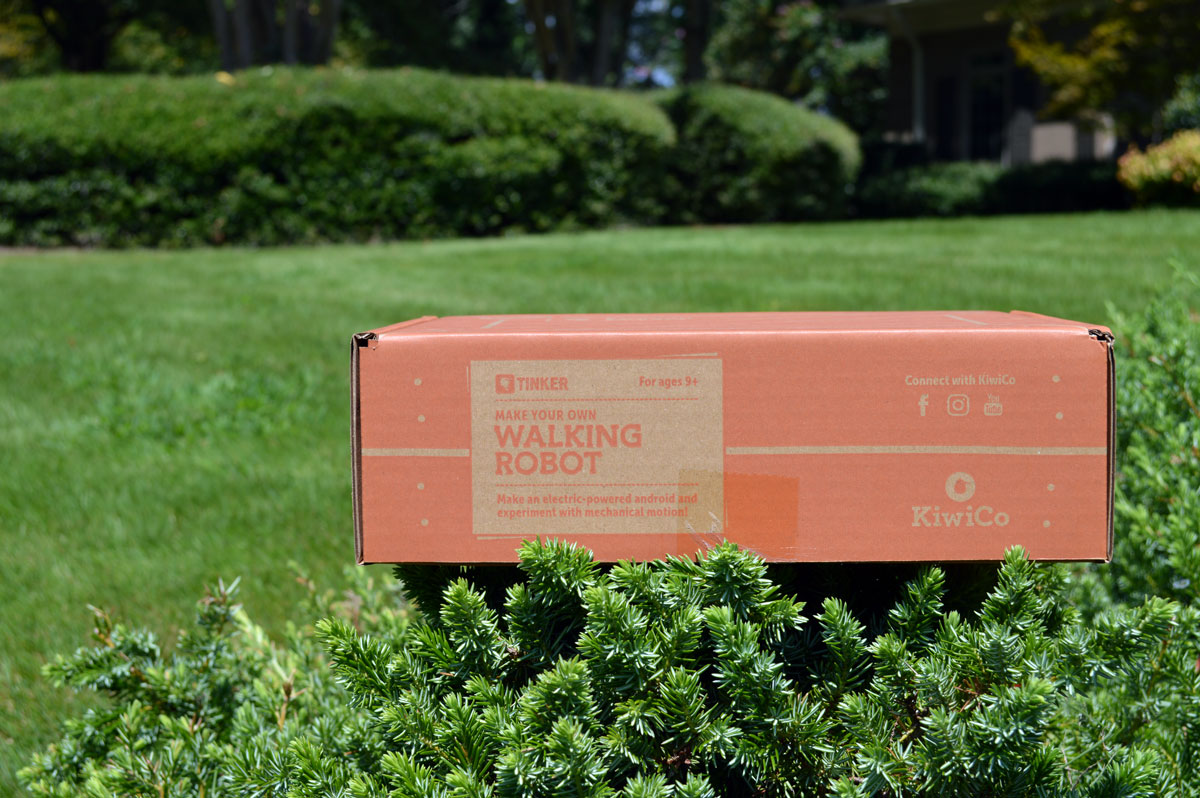 If I want to make my son happy, all I have to do is let him build a robot. And when KiwiCo Tinker crate brought him one, he naturally was beside himself with happiness. He’s done an art spinning machine and a light up pendulum swinging hand before, but this robot might take the cake. 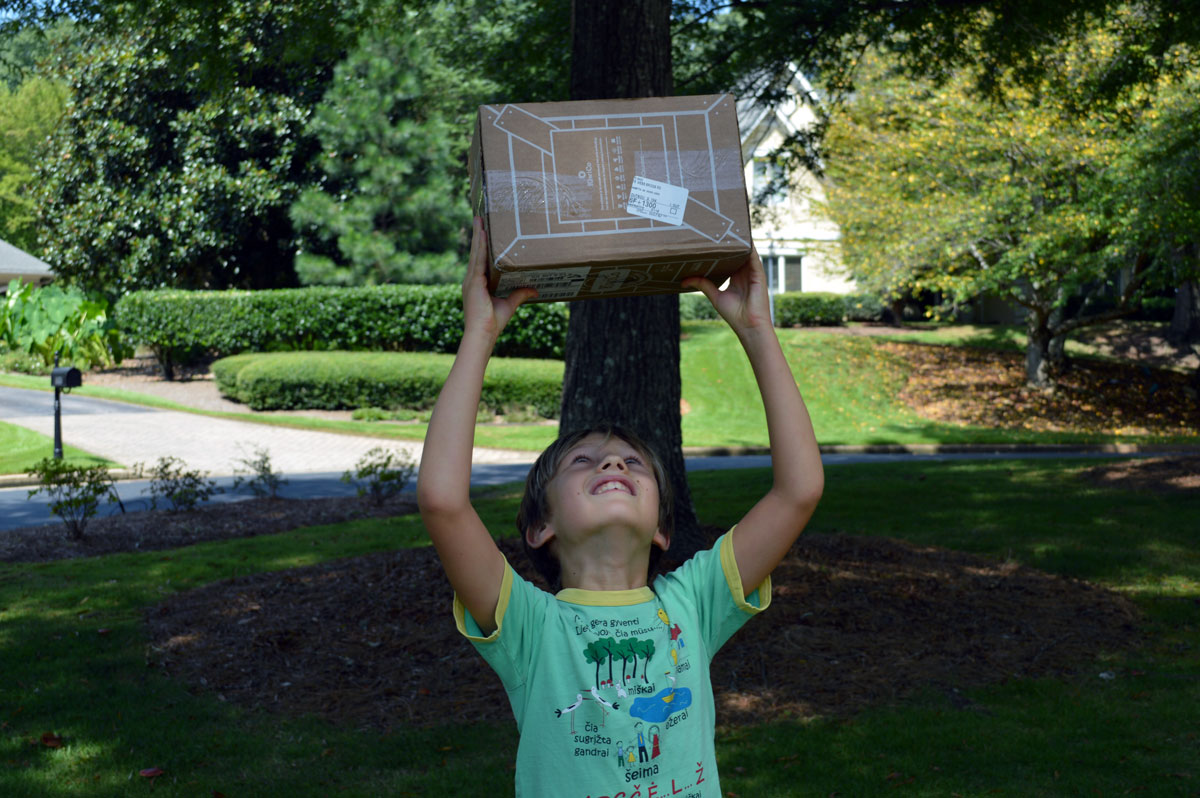 The first thing Martin noticed is that the box had batteries and wires included, which are obviously the two most important aspects for an 8 year old boy. I have to admit that I love these crates for that. They each bring a kit of some kind and there is nothing required of me. I don’t have to think, create, visualize, drive around buying supplies, or even supervise. 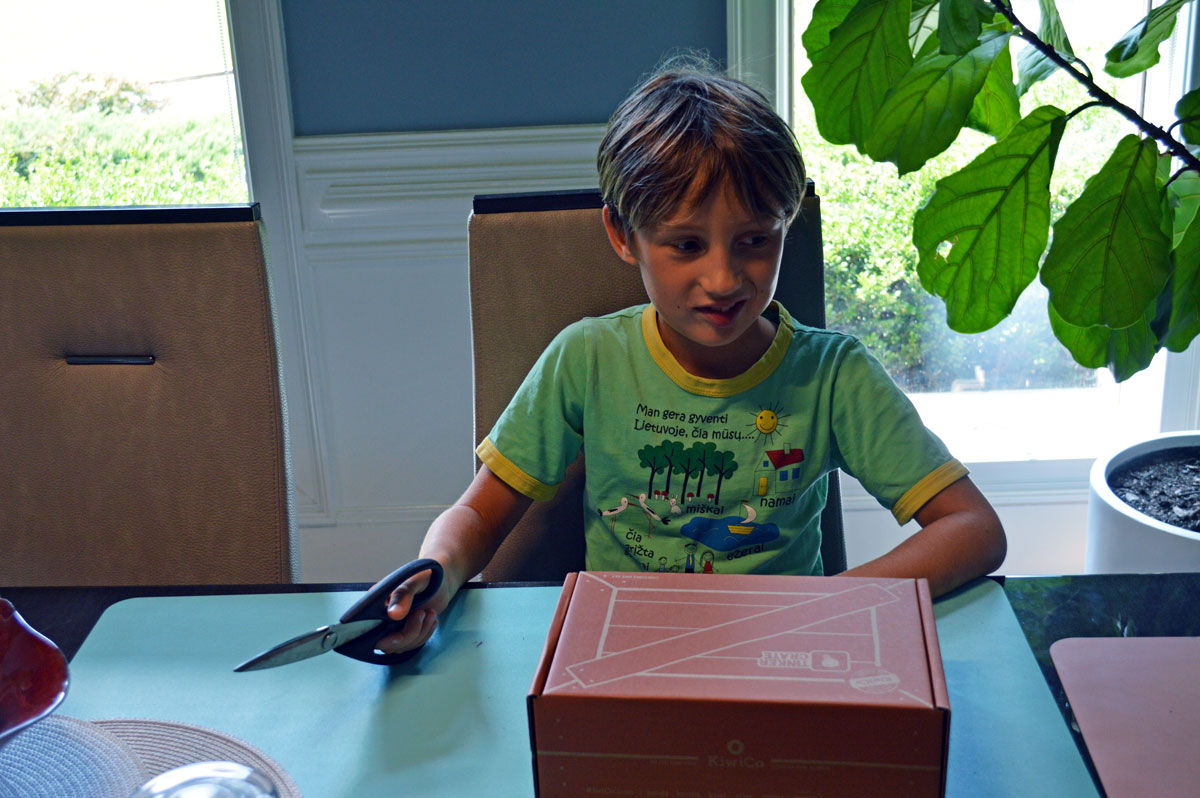 All I do have to do is watch my son have fun while learning and take pictures of that joy. Batteries are definitely not my cup of tea, but Martin did enough projects with daddy to be able to figure out everything by himself. And this fun learning experience is why I don’t mind spending $19.95 per month on this awesome crate. 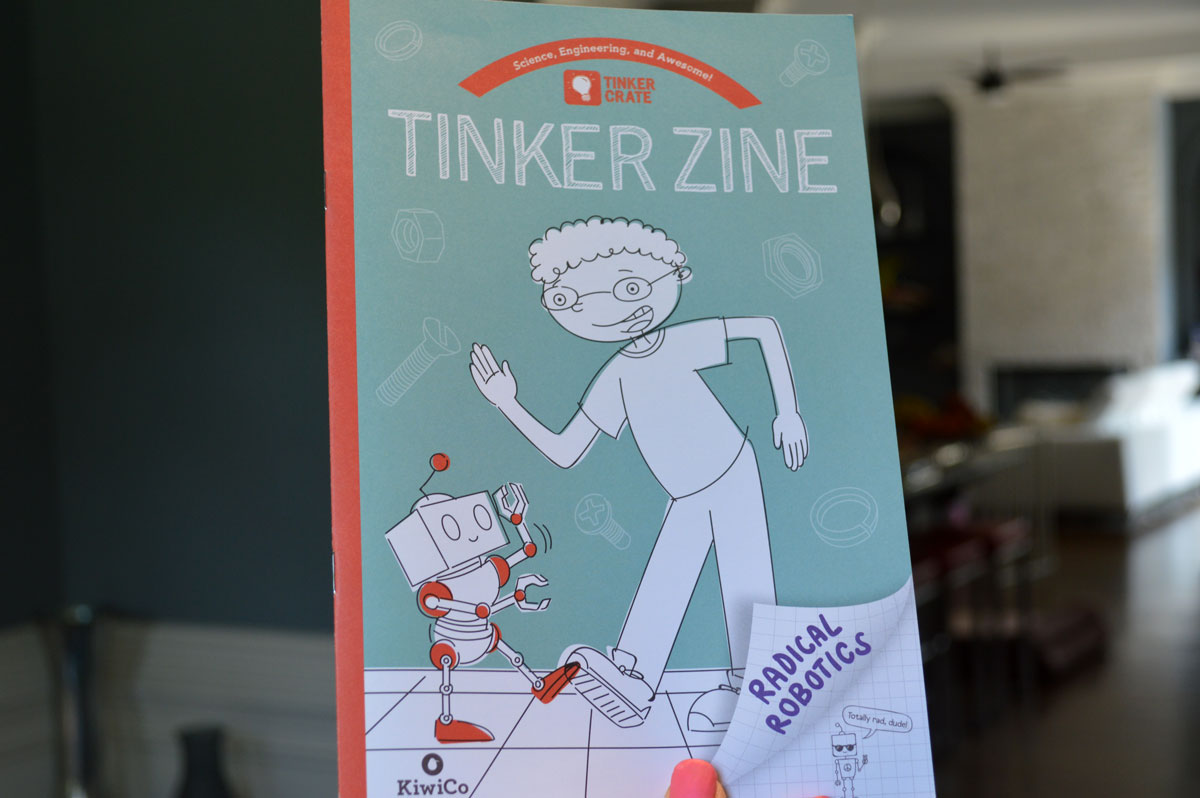 I initially signed up both kids for 3-month crates (my daughter gets their Doodle) just to try, but I now see that we will be extending our subscription further. Both kids ask all the time when the next crate is getting delivered, so I would be too sad to eliminate this joy of receiving a nice STEAM project that arrives seamlessly right to our door every month. 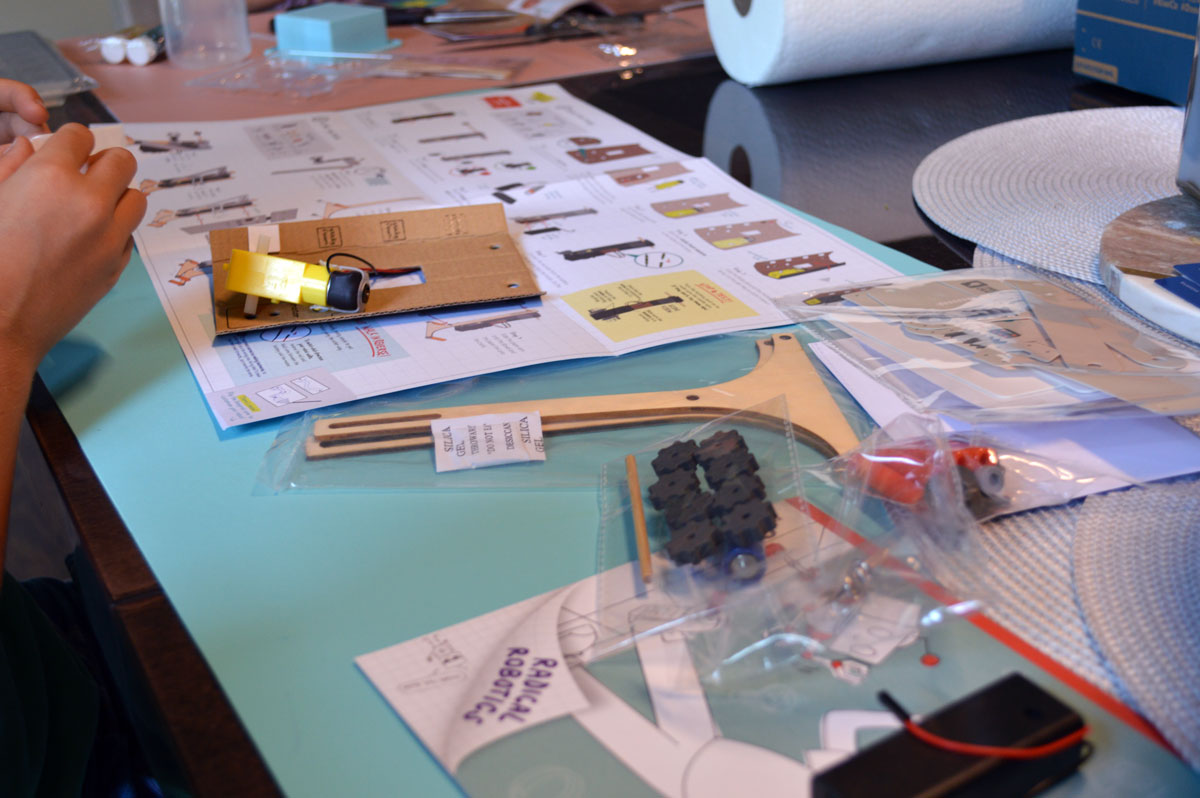 So let’s talk about this month’s tinker project. Martin had to build a battery operated walking robot, whose body was made of thin ply wood. It was very simple for him and he made it in about 30 minutes. I almost wished for a longer project, because then I get total peace and can get stuff done, which is increasingly harder with all the learning and working from home for the entire family of 4. Since making is the most fun, once done, he showed the robot to all of us a few times and made it walk outside for a while, but then it was over for that day. 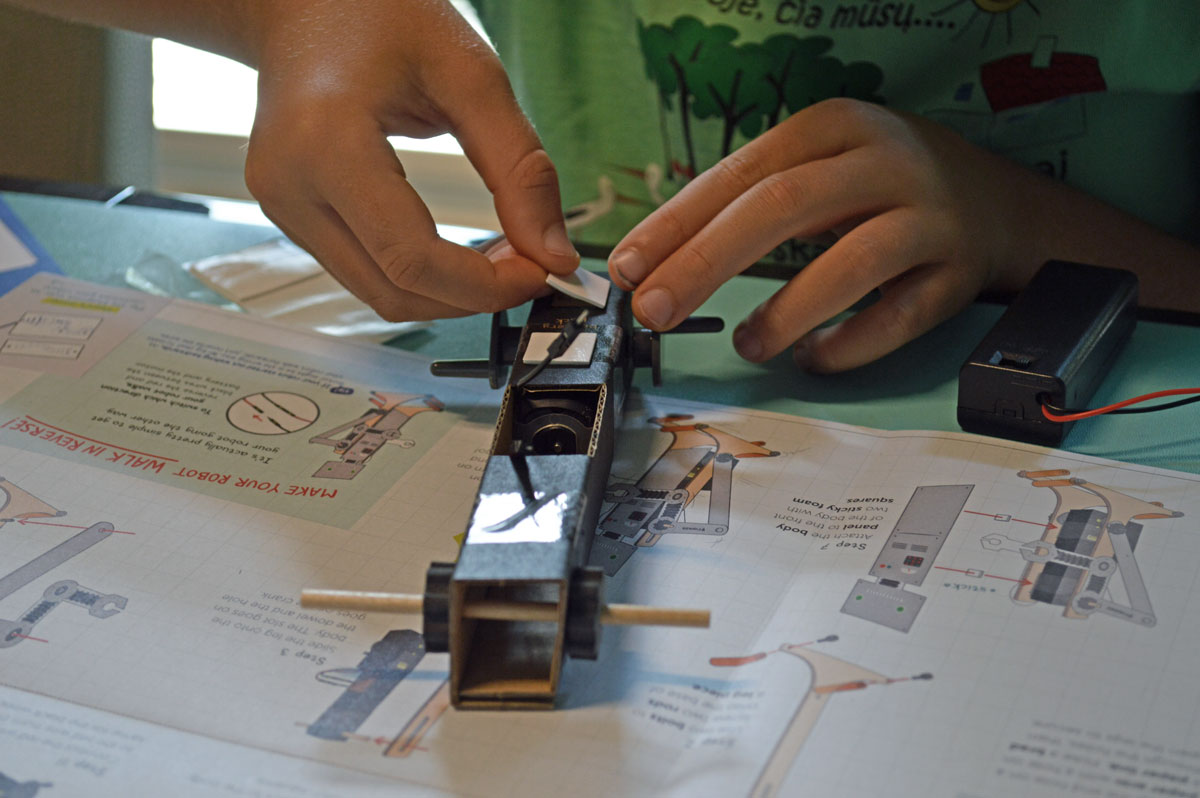 The robot moves slowly, but it’s really amazing that it puts one leg in front of another and keeps walking without falling on even surfaces. A lot of thought and testing had to go into this project, and moms like me definitely appreciate that. 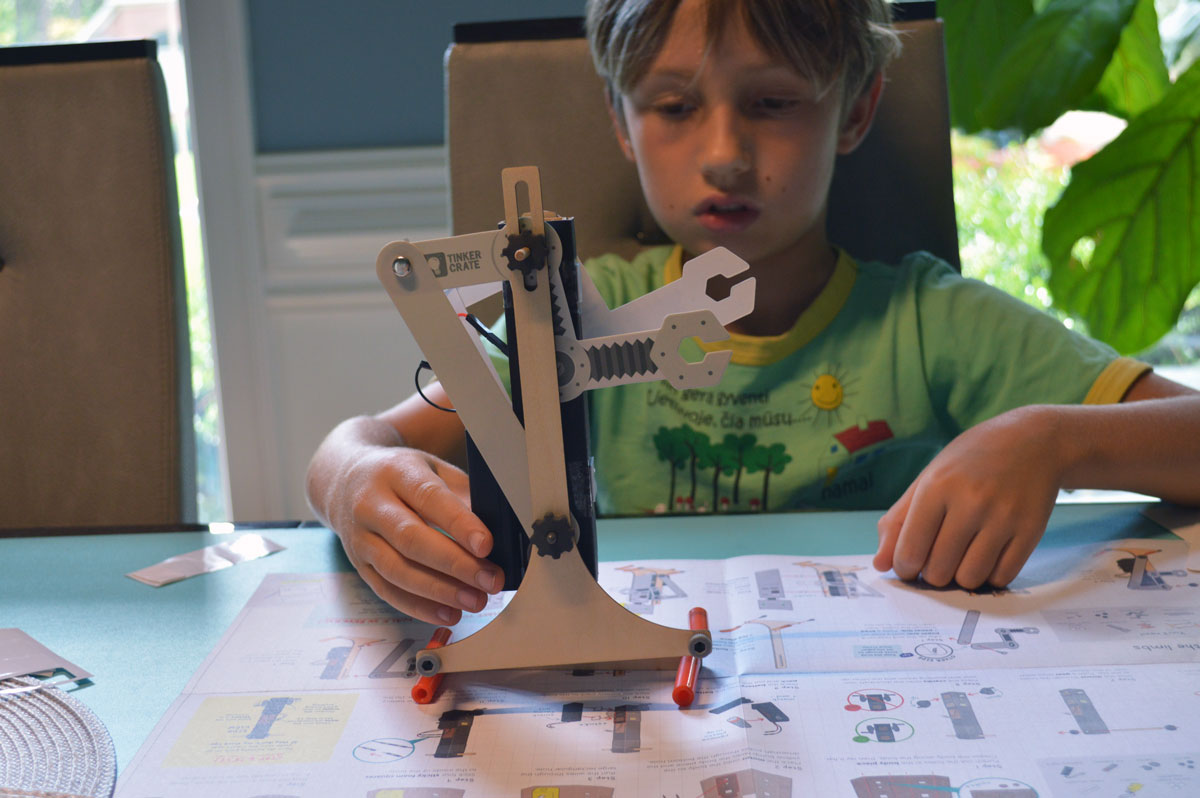 Besides the robot itself, there is an entire Tinker Zine magazine with various fun facts and information. There are reads about robots in general and how they differ from computers. Kids can read about robots that help people with tasks, such as warehouse jobs, car industry, retail robots, vacuum cleaners iRoomba, robonauts, doctor assistants, and even robots that can make coffee or pizza. 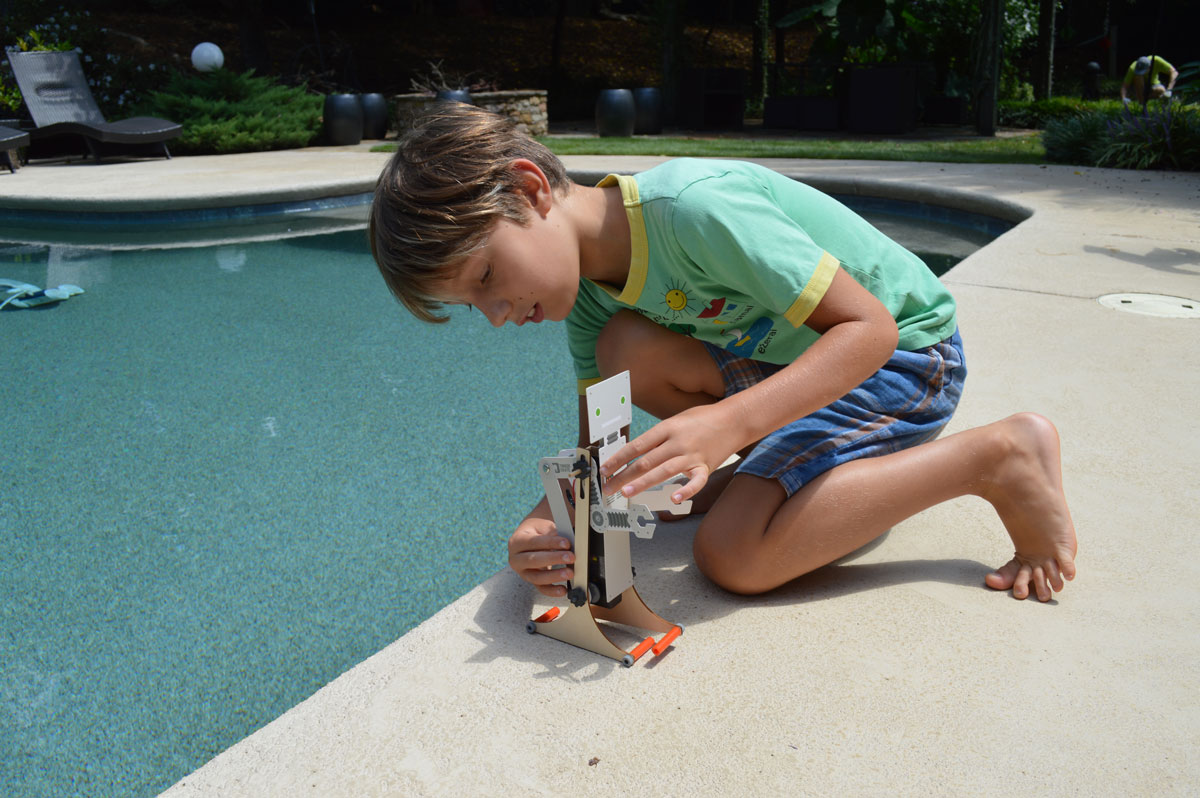 Kids can also read about the creator of their project, who this month is Jorgen Pedersen. Stories like that are truly inspiring! Martin is not super interested in the magazine, but we will work on it. There is also an article about the Red Planet Rover and how it works. The most exciting parts in the magazine for me are the extra little projects that can be done with the walking robot base. For example, kids can make penguin or caterpillar from paper cutouts using the robot’s wheels. 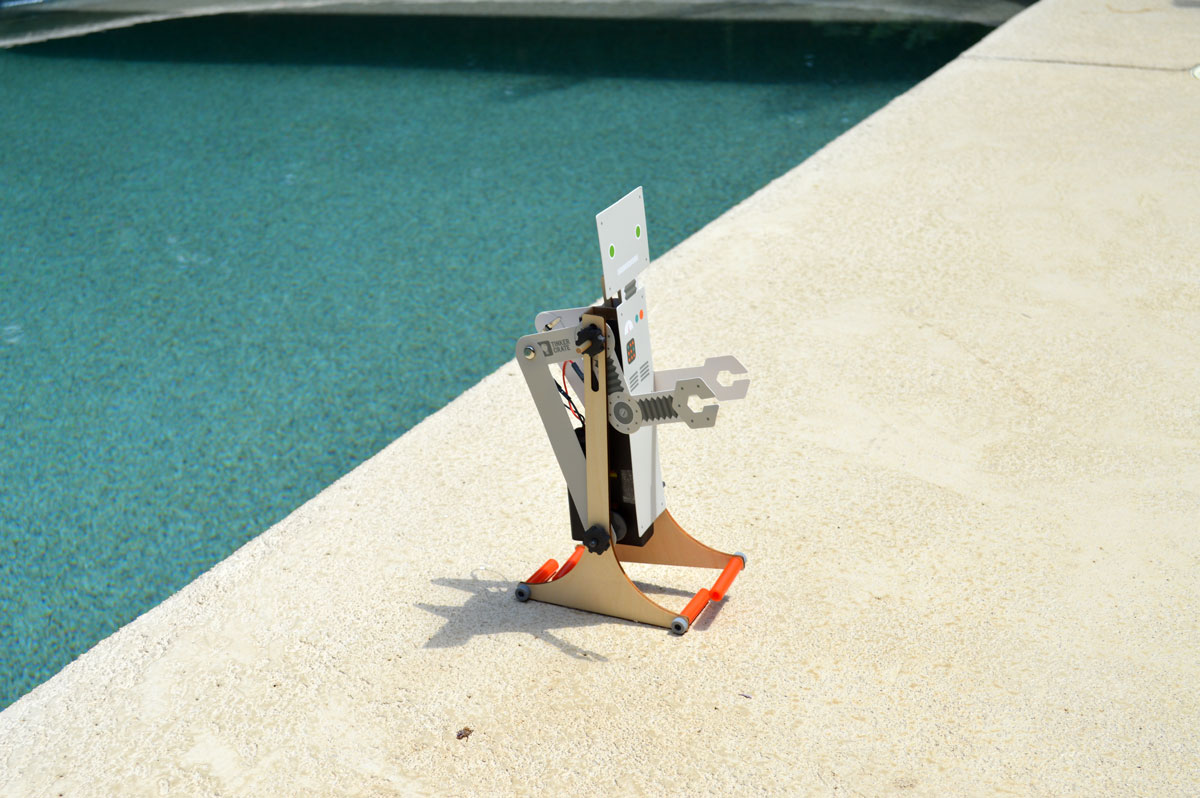 And finally there is some food for thought about “what if”. What if robots were our everyday helpers or giant robots, what if they would not listen to us, what if they looked like us, and even what if they became artificially intelligent.

All of that is totally worth $19 and more for me and I will continue ordering this for a long time. Thank you, KiwiCo, for keeping my child busy and engaged in science without even noticing it!