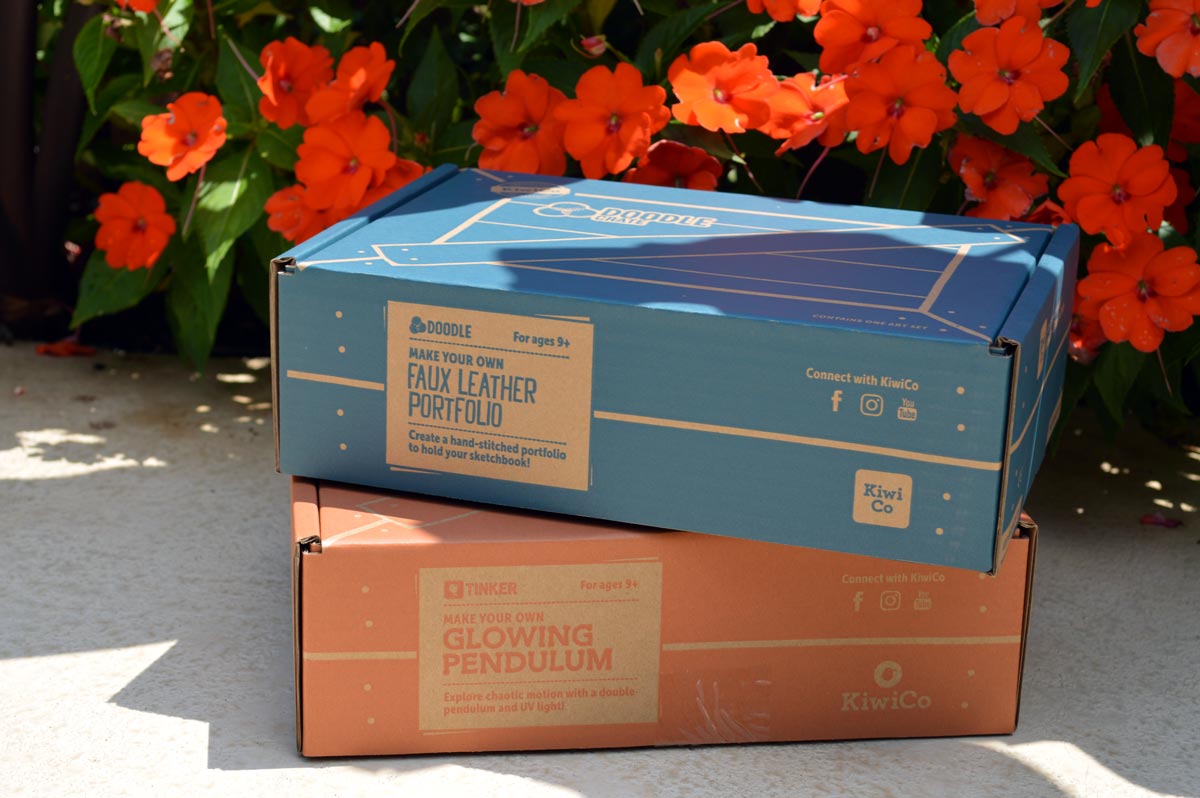 My son got addicted to KiwiCo crate the first time he tried one, which was last month. After that first try he was looking forward another box, so today was a very joyful day indeed. KiwiCo crate arrived and he cleaned up his room and the dining table space for a project without long negotiation, which never happens. 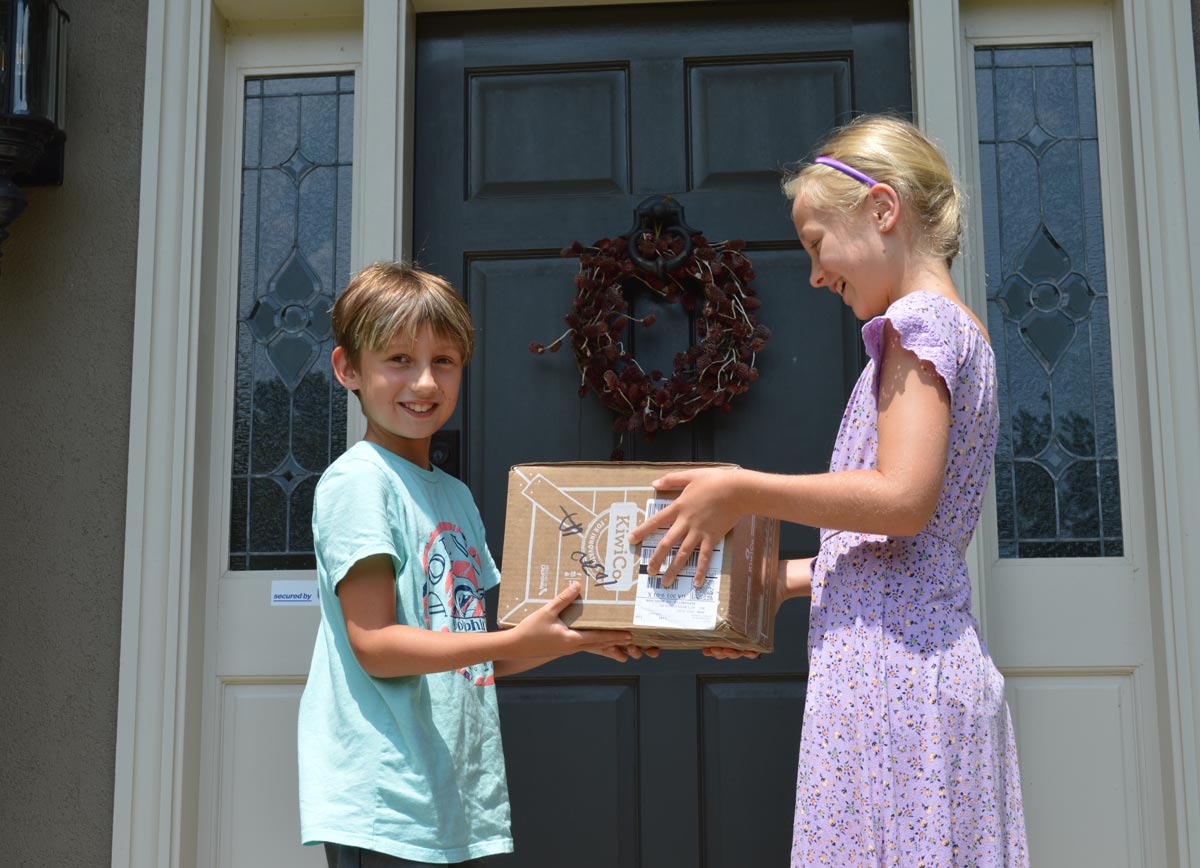 I was also overjoyed that he will be busy for a couple of hours and spend that time building something STEM related instead of nagging me to let him use his iPad. I think it’s every parent’s dream this summer. I enjoy watching my kids learning and having fun, but I am very bad about organizing such activities myself. KiwiCo crates come with projects, all the needed supplies, and step by step directions without any parental shopping needed. What can be better for this summer of 2020? 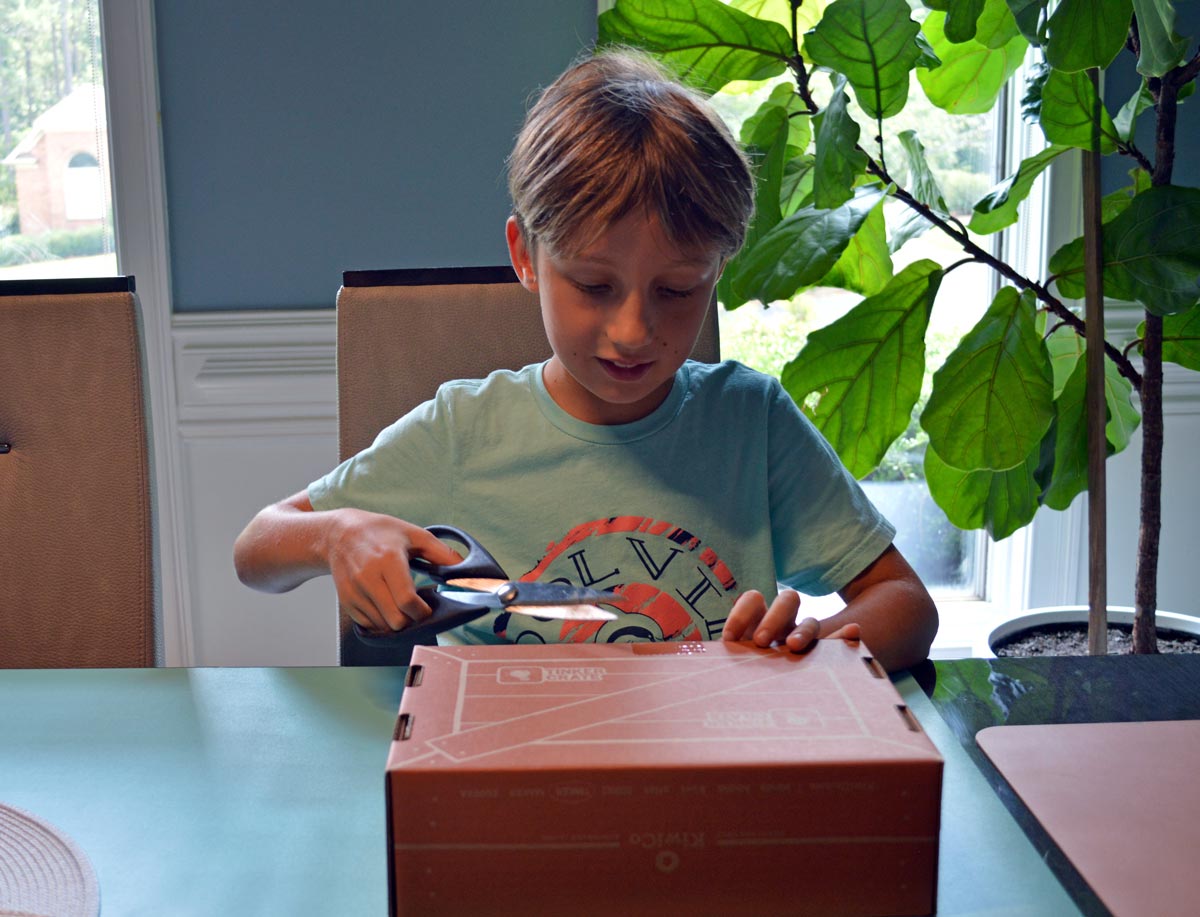 My almost 8 year old son is very much into physics and building, so we chose Tinker crate, which is for 9+ years, but he does great with it and doesn’t need any help from me. His eyes light up when he sees something with electricity included, and both Tinker boxes so far had batteries and lights. 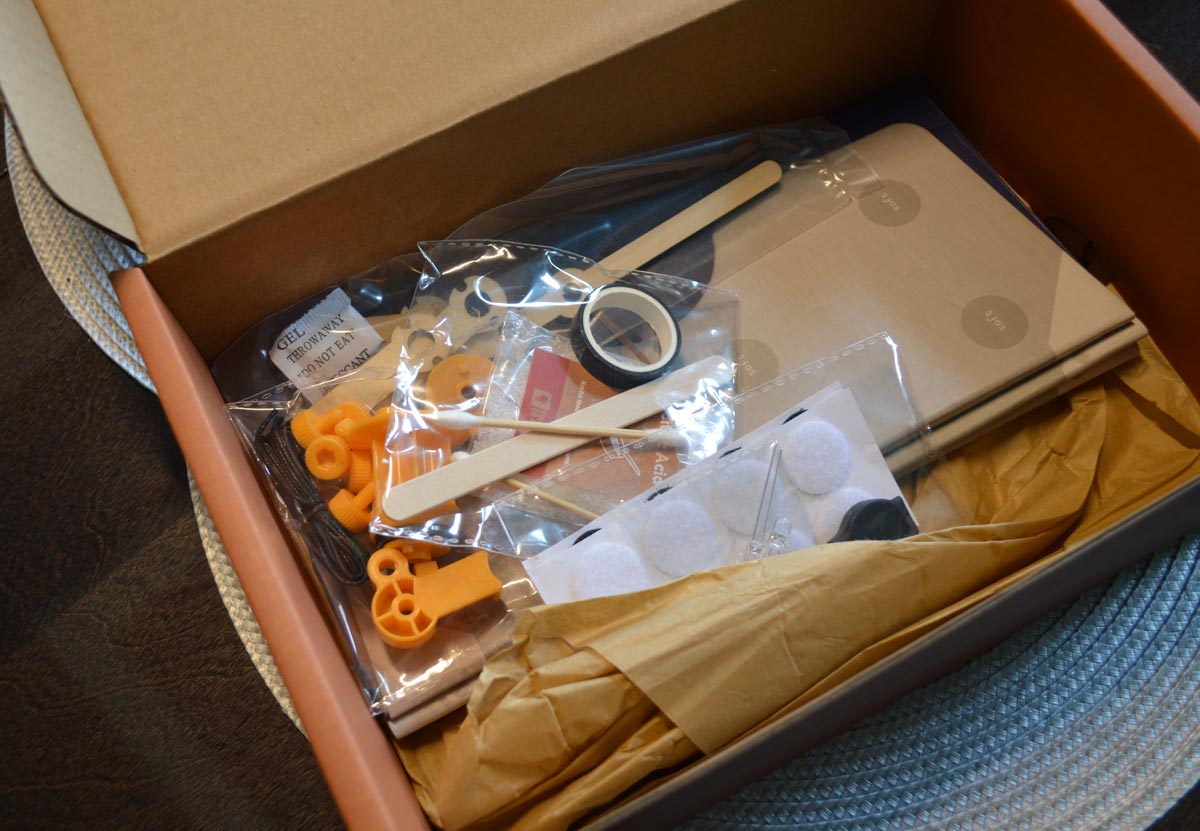 I signed up for a 3-month subscription, but understood right away that it will have to be extended. And I don’t mind ordering something that can be played with for a long time and is STEM related. 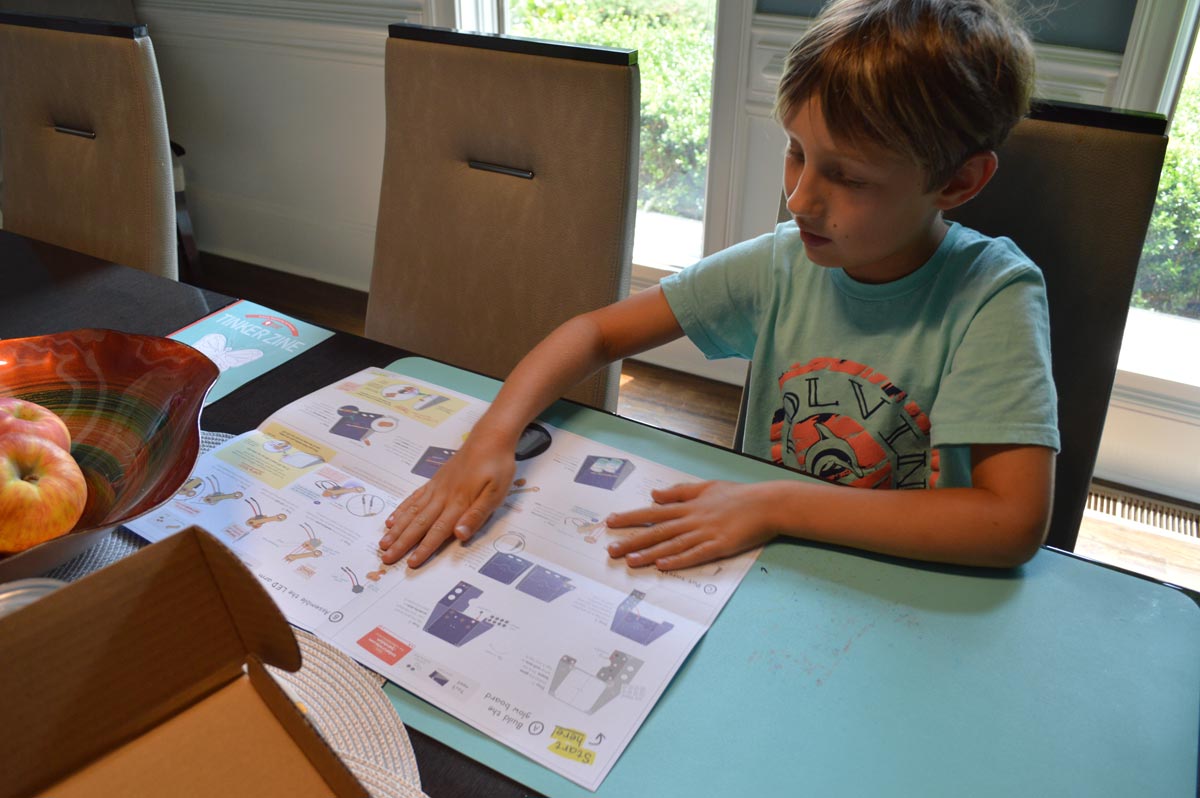 It’s not as versatile as LEGO would be, but it’s a close second. And for that I don’t mind paying $20 per month, which is what it comes to for a 3 month subscription. 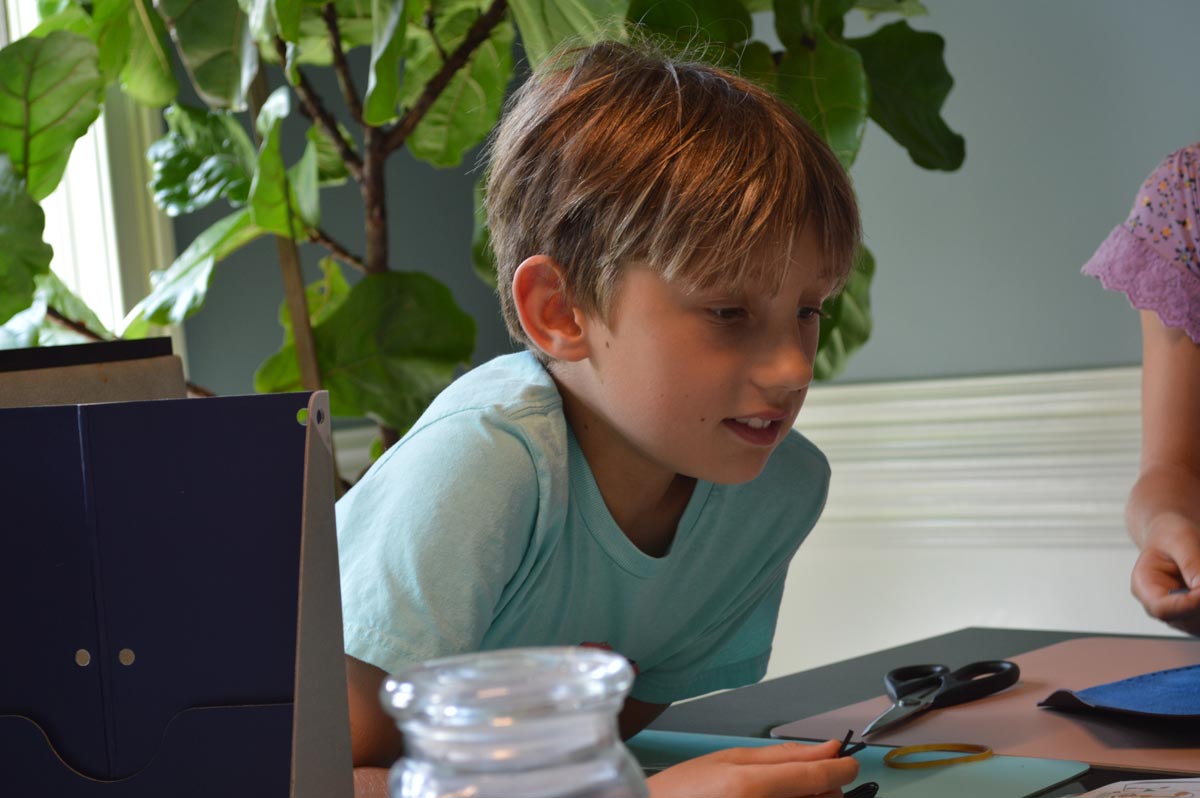 This month’s project was glowing pendulum building. It had lights and glow involved and no 8 year old will like anything better than that! 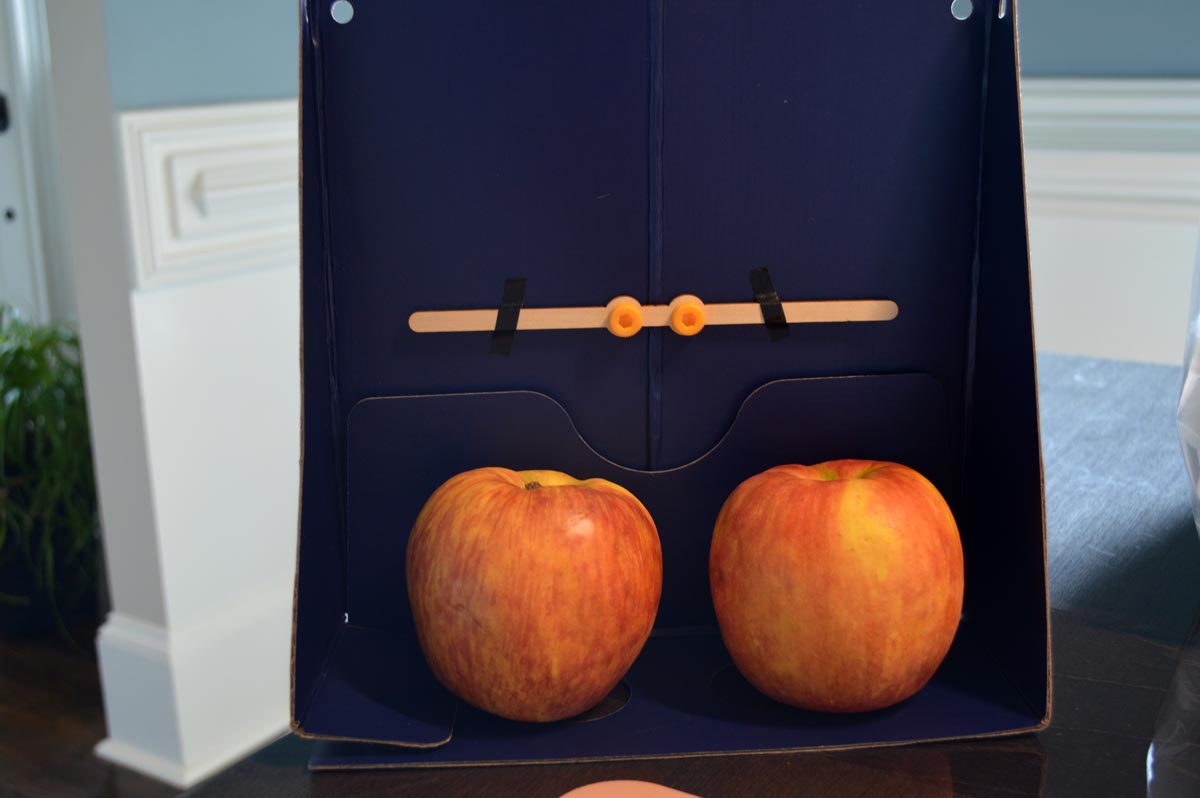 The project didn’t take that long and I wouldn’t mind if it did next time. Martin had to spend time reading the directions, which is another positive, because otherwise the only thing he reads are comics books. 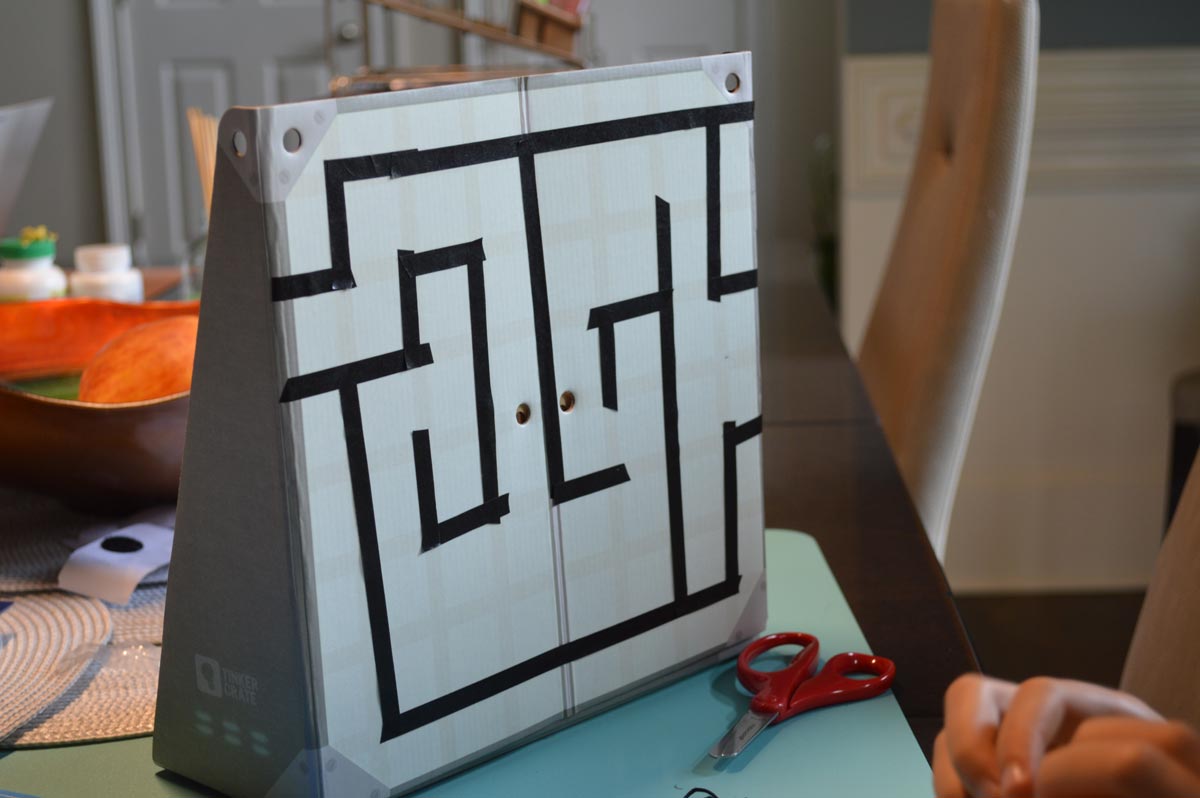 Building involved constructing a stand and attaching the light pendant structure on it. What amazed me is his determination to get everything done by himself, so all I had to do is be there and take a few pictures. 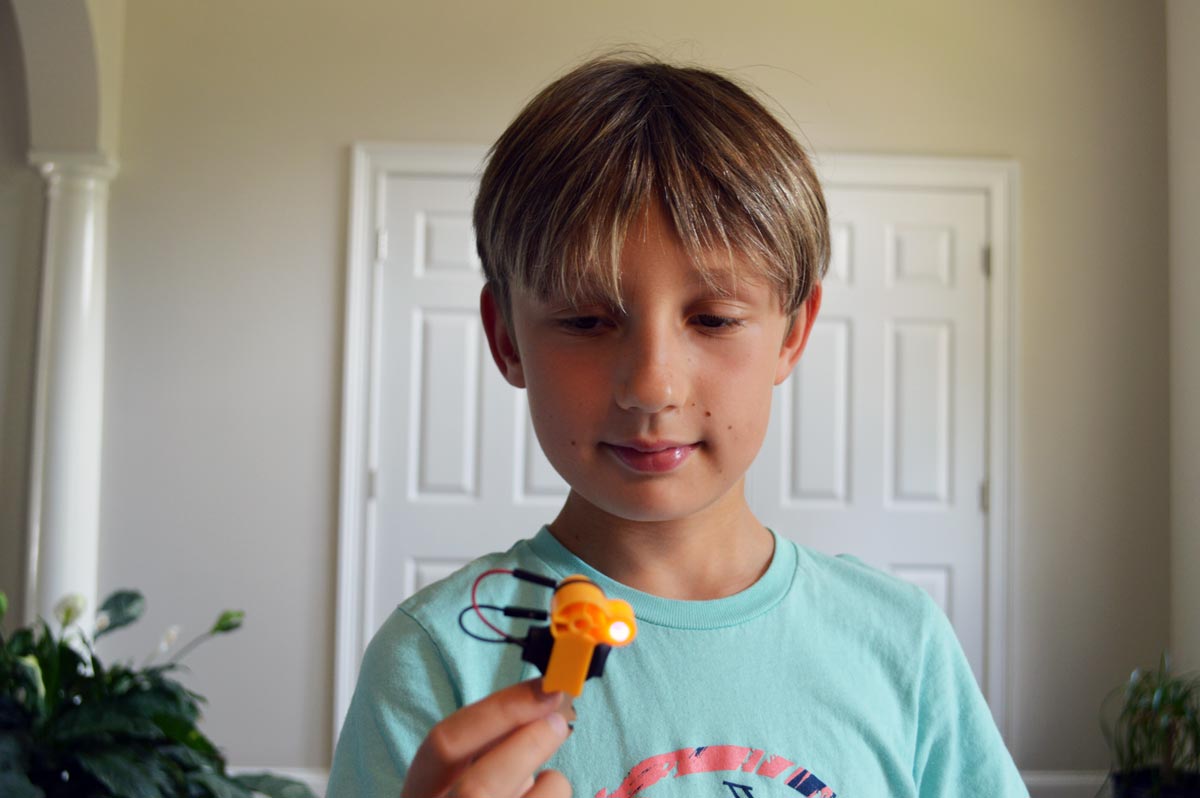 The LED pendant arm was easy to build, but attaching it to the board took two tries. He did something incorrectly and re-did it calmly. When I looked at the directions, they looked a bit complicated to me, but I am not the LEGO and robot builder in our house, so nobody would find it strange. 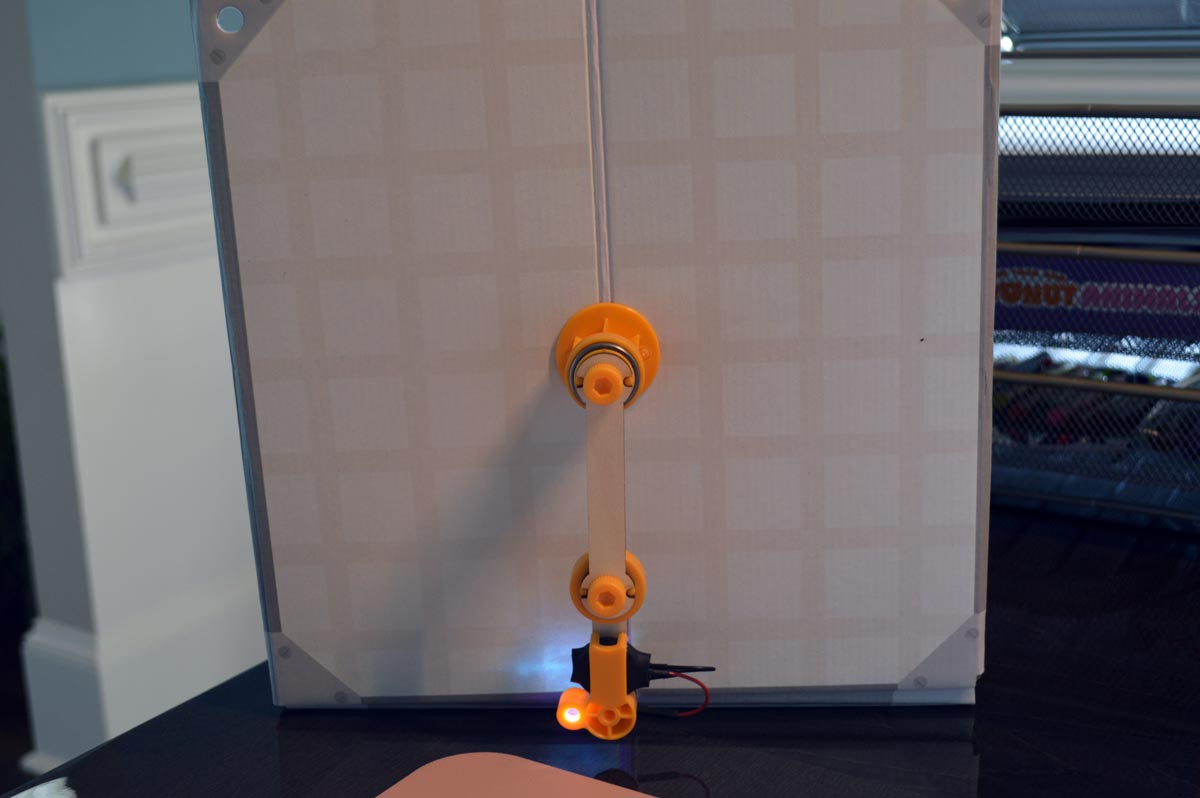 He did the project in the middle of the day, but testing needed dark, so we spend some time in the restroom enjoying the movement of pendulum going in every direction. Wherever the LED light touches it looks like it makes a drawing of chaotic patterns that disappear after a few seconds. I am not sure what the material the board is made of, but it must be responsible for the glowing effect. Martin enjoyed spinning the arm in every direction and sending it flying in circles and various random patterns. 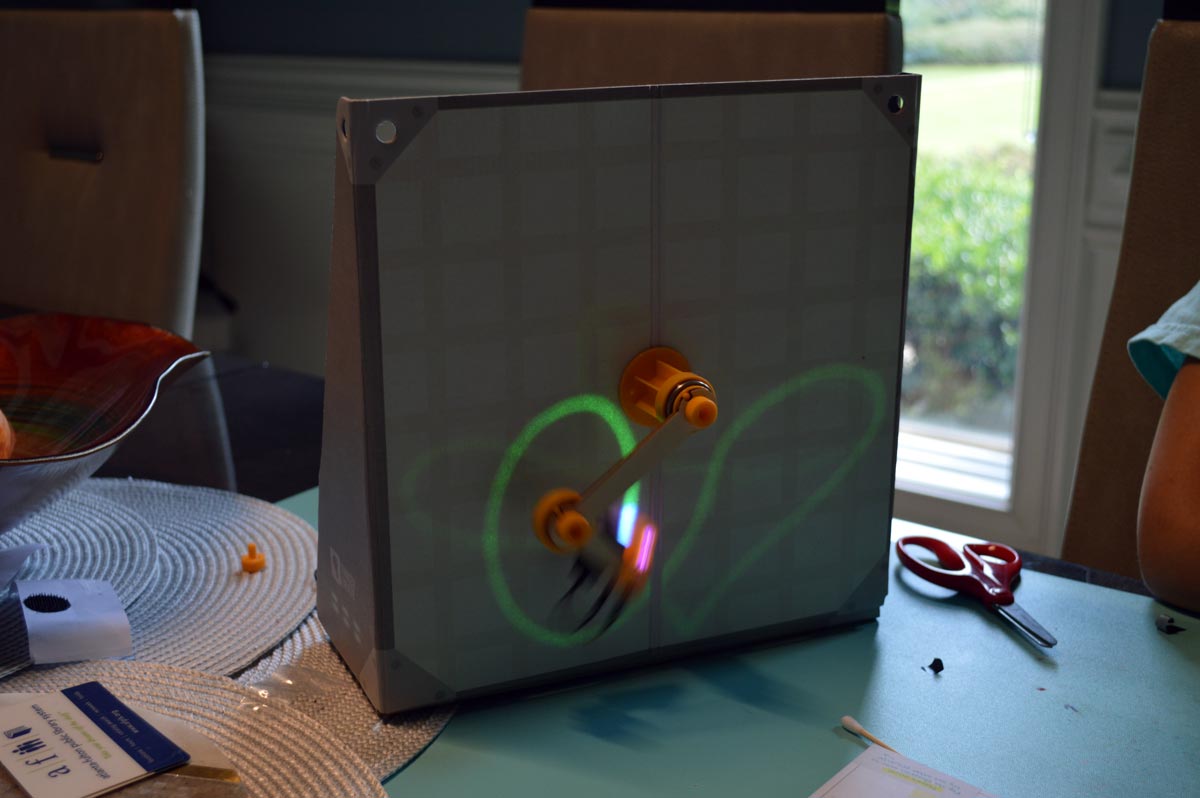 As soon as he was done with it and spend enough time playing with his LED light, he said he can’t wait for another KiwiCo box! This is the best evaluation and confirmation that he really had good time with it. 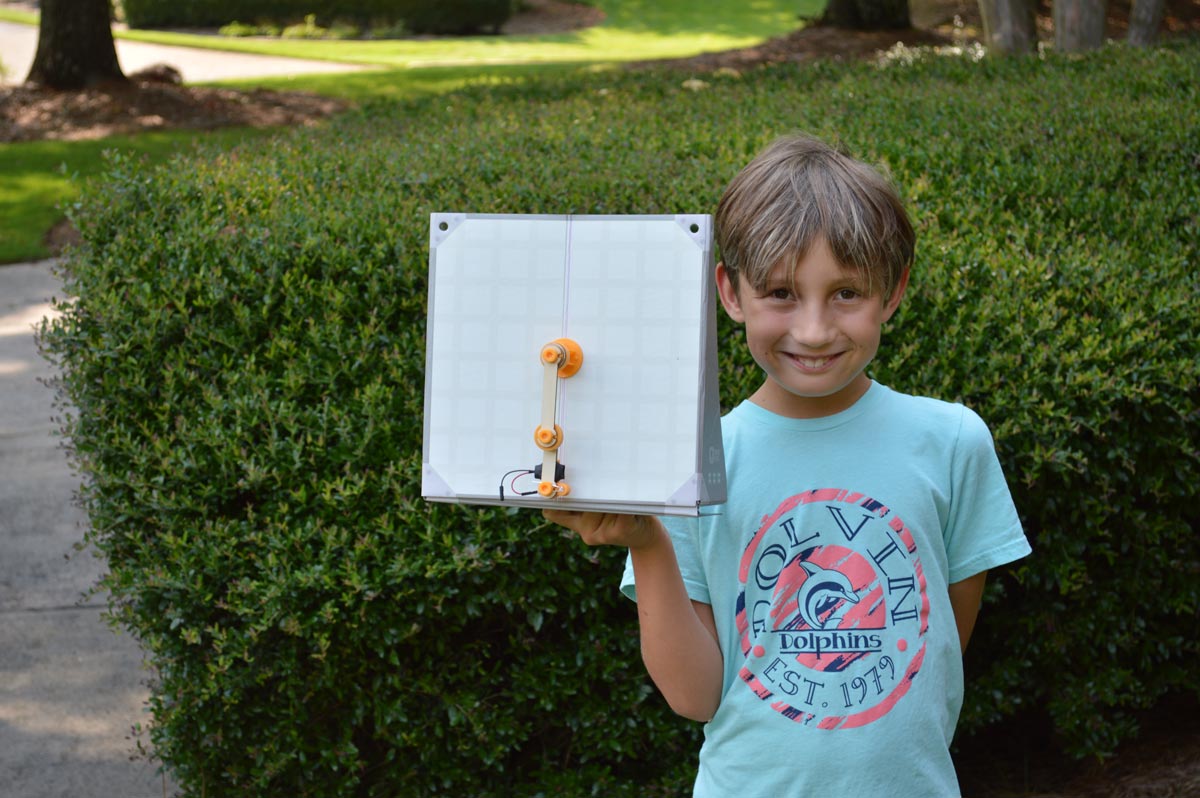 The Tinker Zine that came in the crate might be just a little bit too complicated for him. He gets turned off as soon as he sees lots of small letter text. I might just have to talk his sister into reading it for him because it has some good stuff there – butterfly effect, from order to chaos, various ways to play with chaos, interesting facts about how and why things glow in the dark, and more. Then there are some activities, like making invisible ink with a package of citric acid that arrived in the crate or making temporary graffiti with the help of UV LED light from the pendulum.

Thank you, KiwiCo, for another successful and fun project!