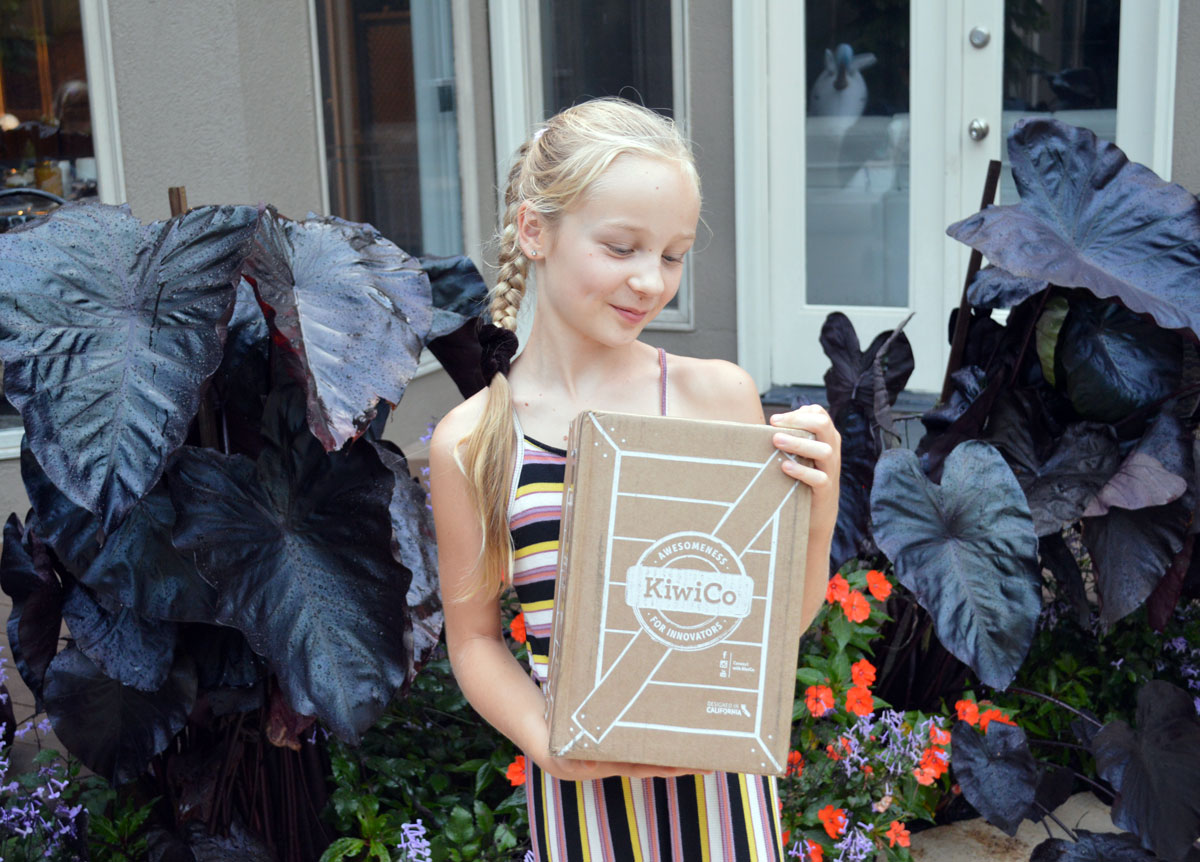 This crate was my daughter’s fourth and a good one again. Kids got so accustomed to getting them that as soon as they arrive there is no delaying the opening day. This time we came back tired from an apple farm, but as soon as Kiwico crates were found, it was all go for opening them that same evening – tiredness and complaints were fast forgotten. My kids get this enthusiastic only about LEGO, so I take it as a very good KiwiCo review from them. 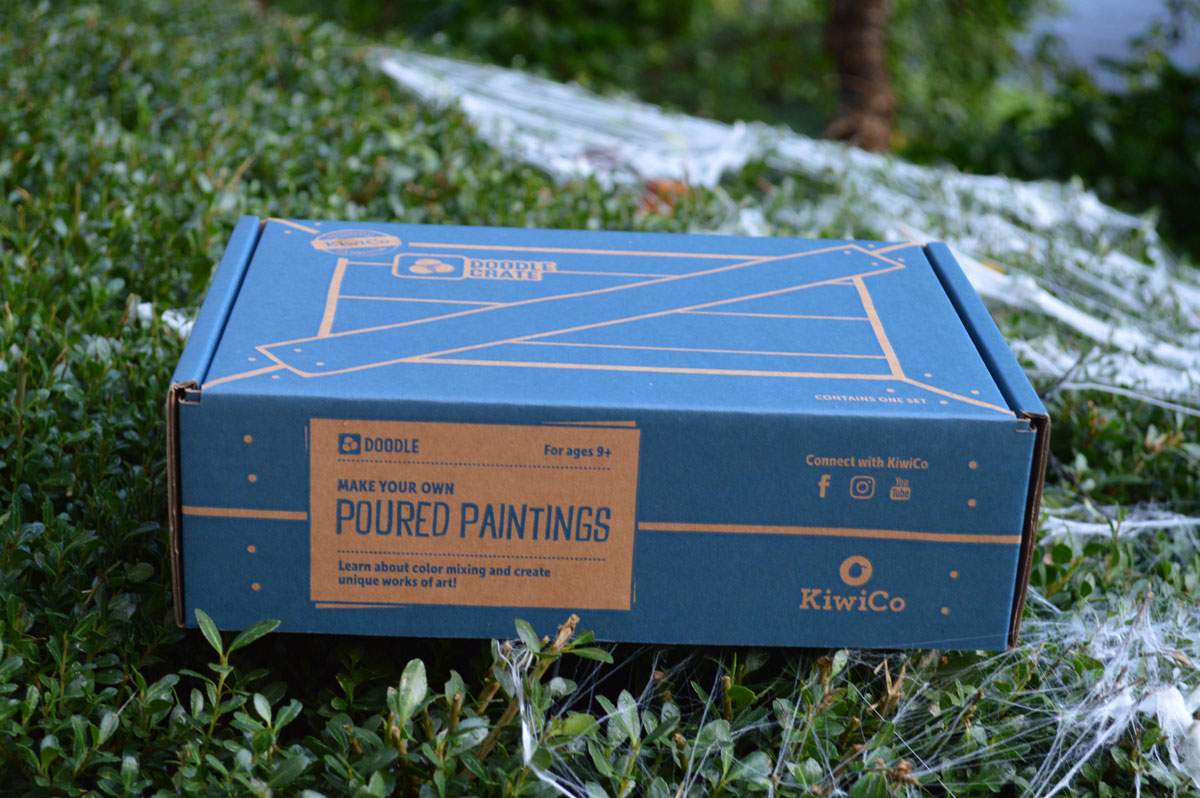 We started with just 3 month subscription and extended it for another 3, but I have a feeling it will be another 3 after that. And that’s because I want them to enjoy something that is not only fun, but also STEAM related. My 10 year old daughter has always been drawn to artistic and crafty things, so Doodle crate is perfect for her. 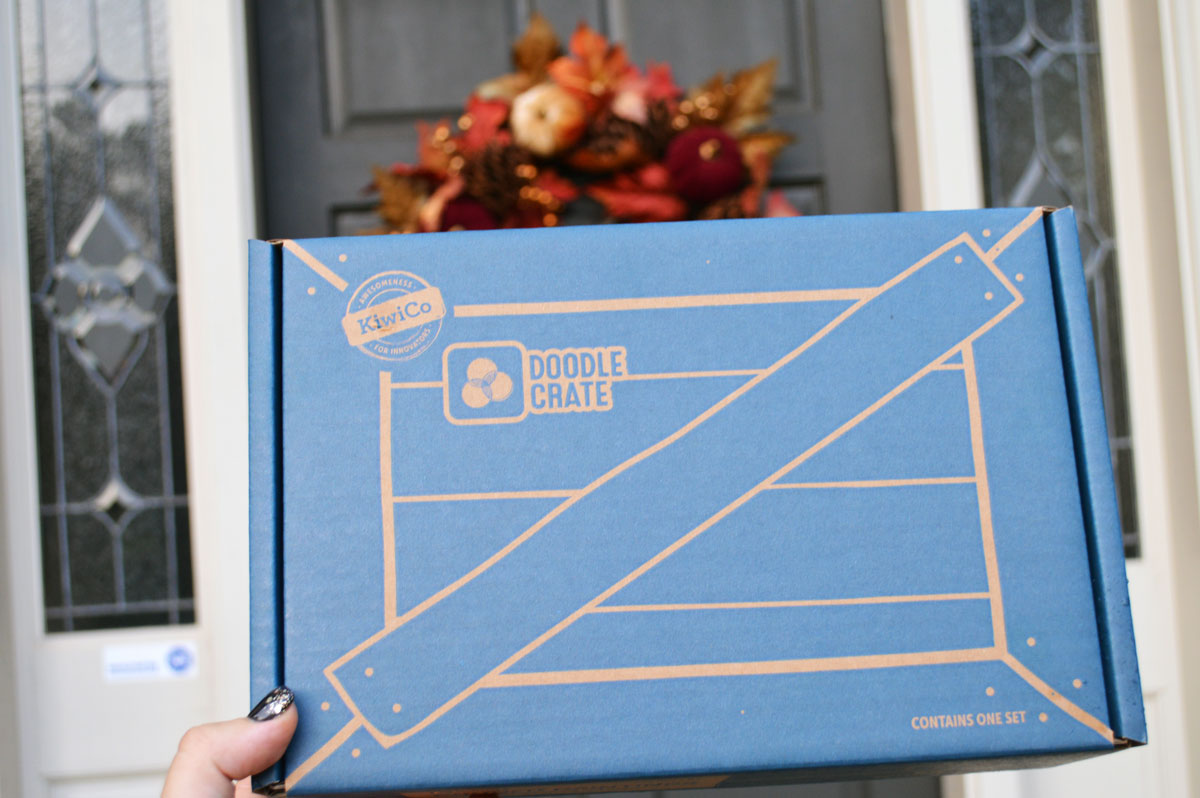 Each monthly crate costs $19.99 for all ages, except for more complicated two for 16+ year olds – those are $29.99. I feel great about investing $20 in this box, because people behind it think not only about great ideas, but also about execution of them without me going anywhere to buy anything. Everything kids made so far lasts for a long time, so they can go back to play with those things continuously. And show me a parent that doesn’t appreciate that? 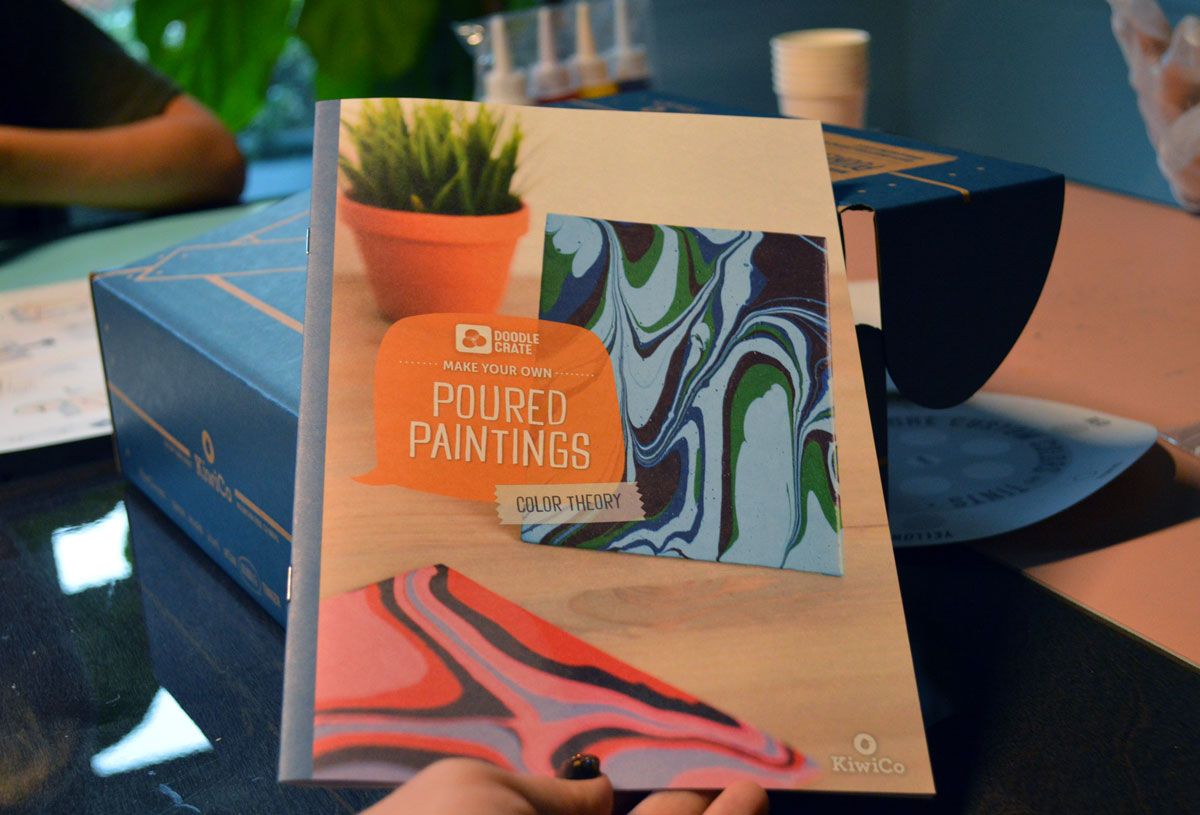 This month’s theme was Color Theory. Kids were using included acrylic paint and my carpet, obviously, got some too. I noticed it right away, so no big disaster as Resolve takes fresh paint out pretty nicely. The crate provides a small mess mat and we had a bigger one too, but acrylic paint is no joke even for my super careful daughter. Keep that in mind, especially with smaller kids! 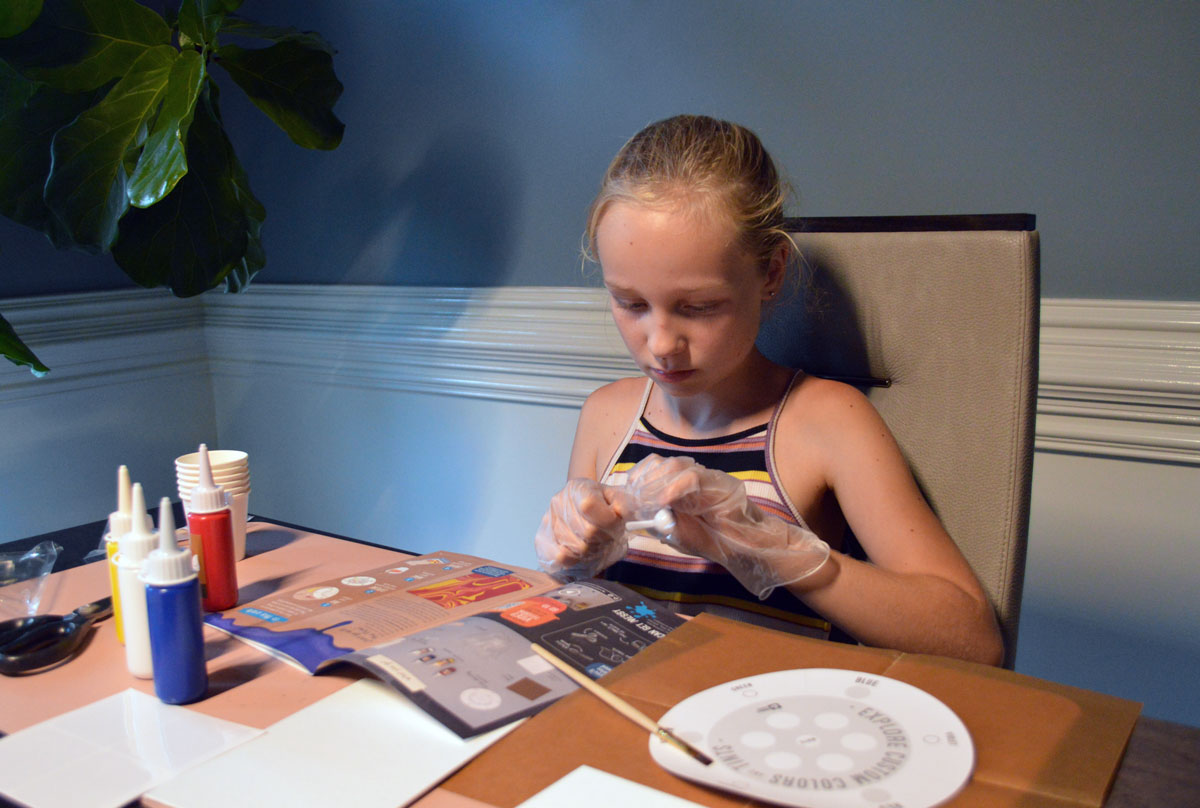 The crate came with color-mixing palette, 4 color paint, 2 small canvases, gloves, measuring spoon, craft sticks, and paint cups. It was enough paint for both canvas and for another larger one that I conveniently had. We had to have our own paper towel, scissors, a couple of plastic spoons, and 2 small jars for water – every house has those. 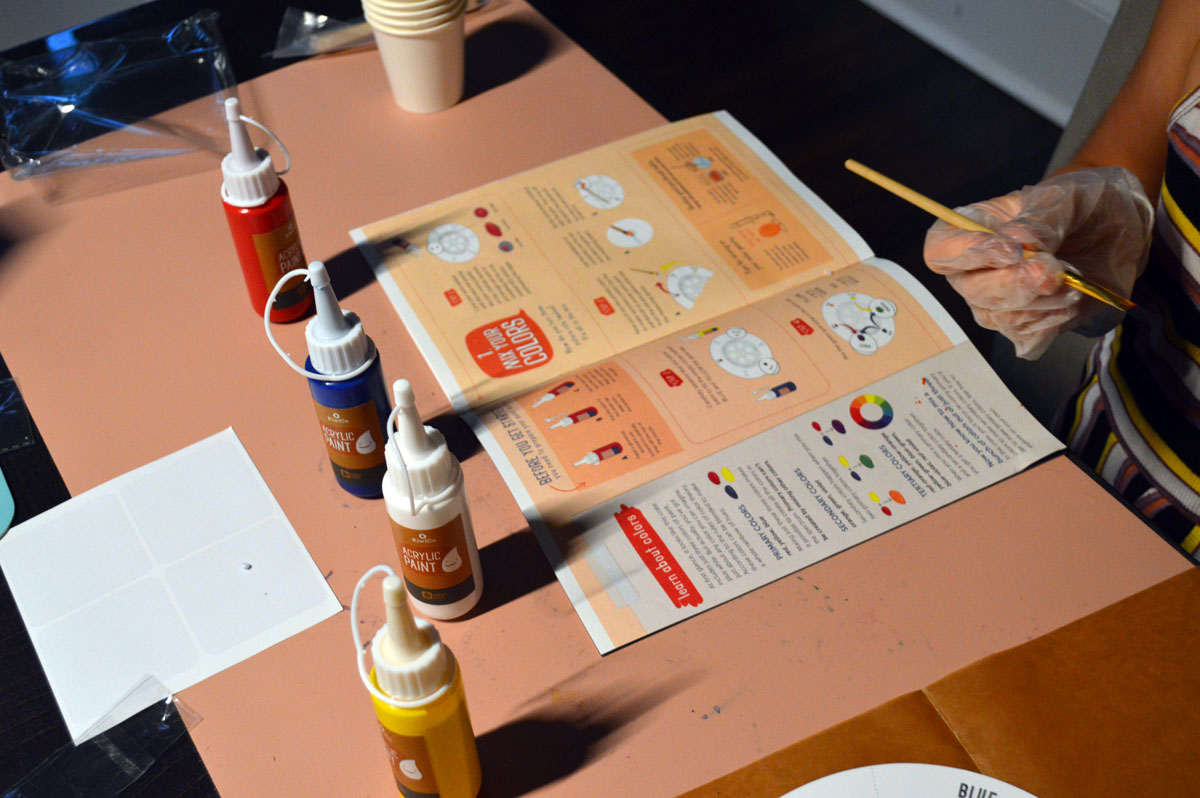 My daughter first learned how to mix colors on the palette, which comes very handy for kids. She will be able to use that knowledge in her art classes. Even I learned that there are primary, secondary, and tertiary colors. 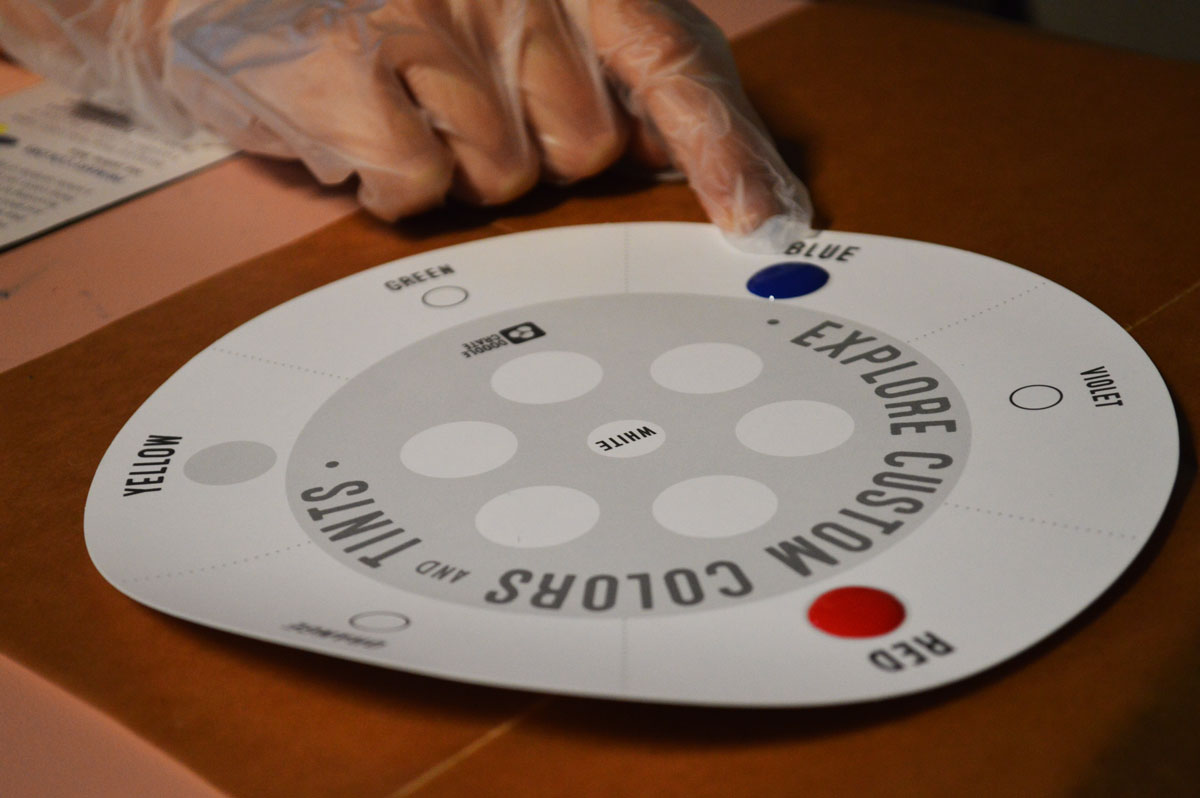 She could also read about color combinations, what colors help what mood, and about color fading to tints, shades, and tones. 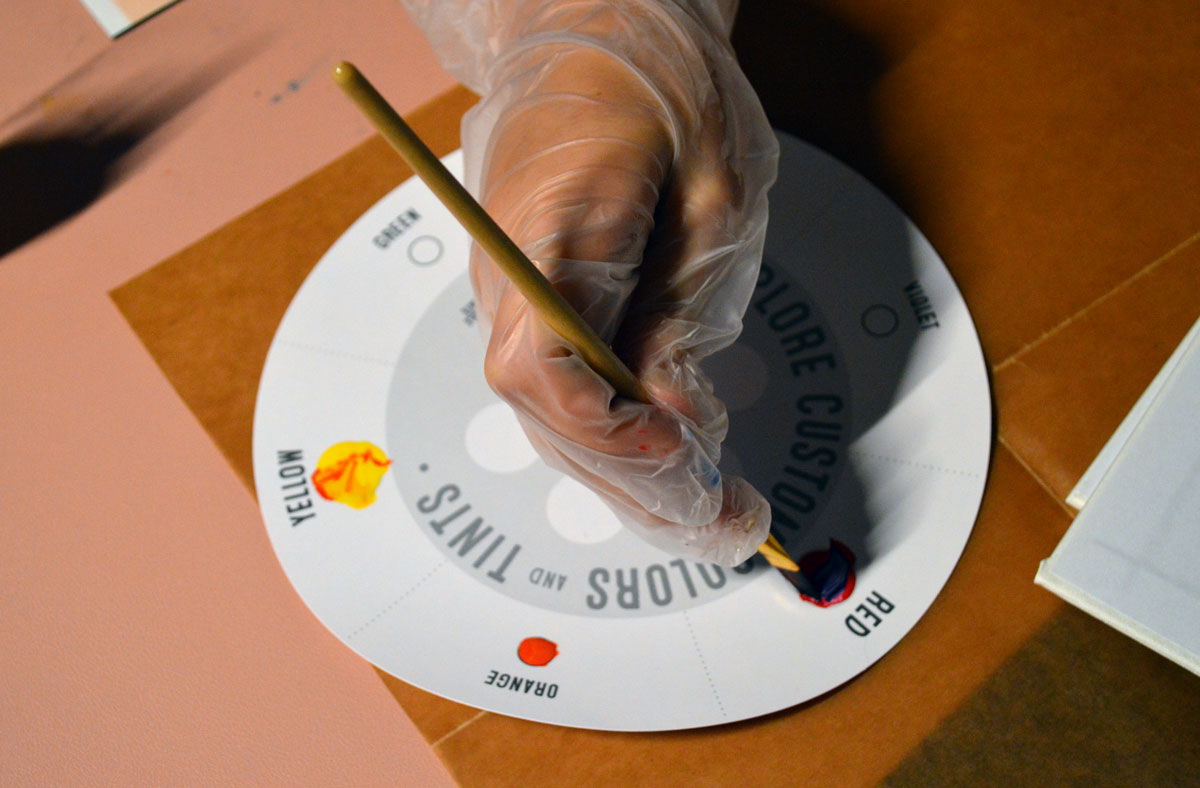 Finally after all that theory she got to mix 4 cups of whatever colors she wanted and pour them on the canvas, letting colors run off and mix. The pouring takes place inside the crate box to prevent spills and it helps even if it’s not 100% fool proof. 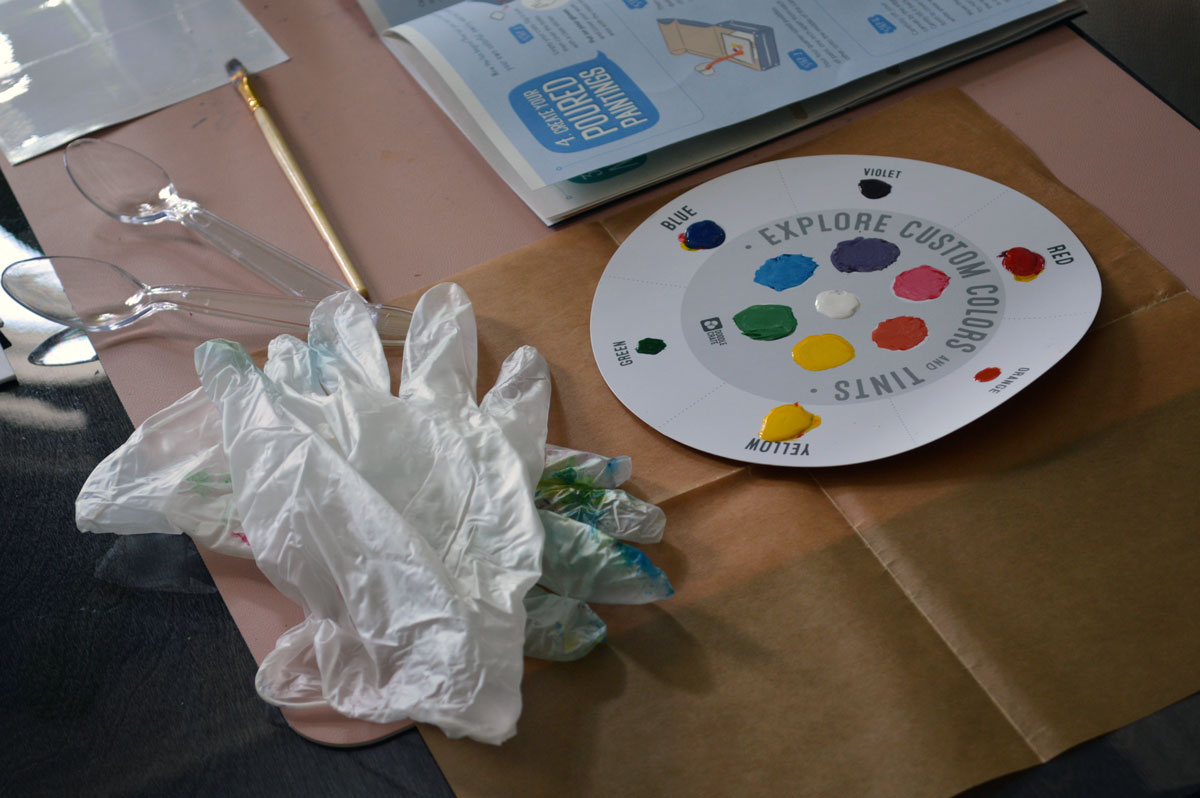 Pouring and tilting the canvas was so much for her. She made 3 beautiful canvases that we will have to hang with the help from Kiwico directions and paperclips. After she was done with three canvases, she still had paint left and saved it for later projects. 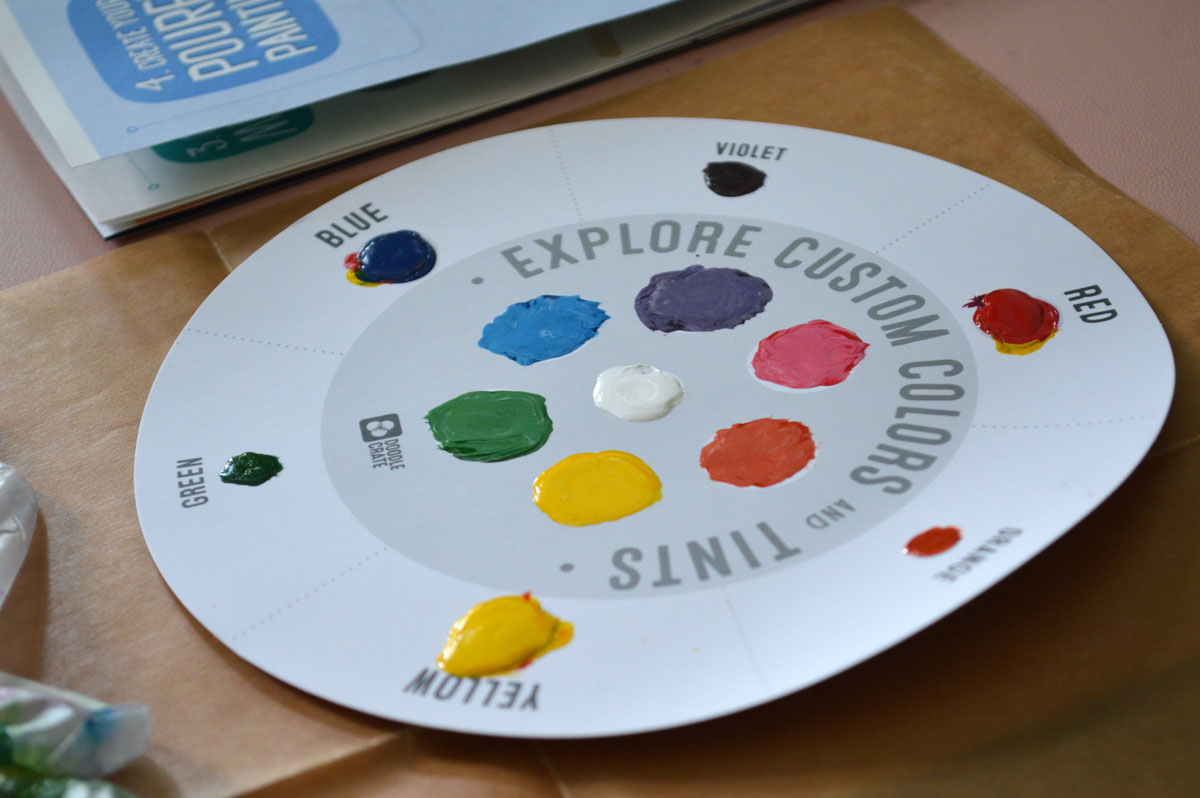 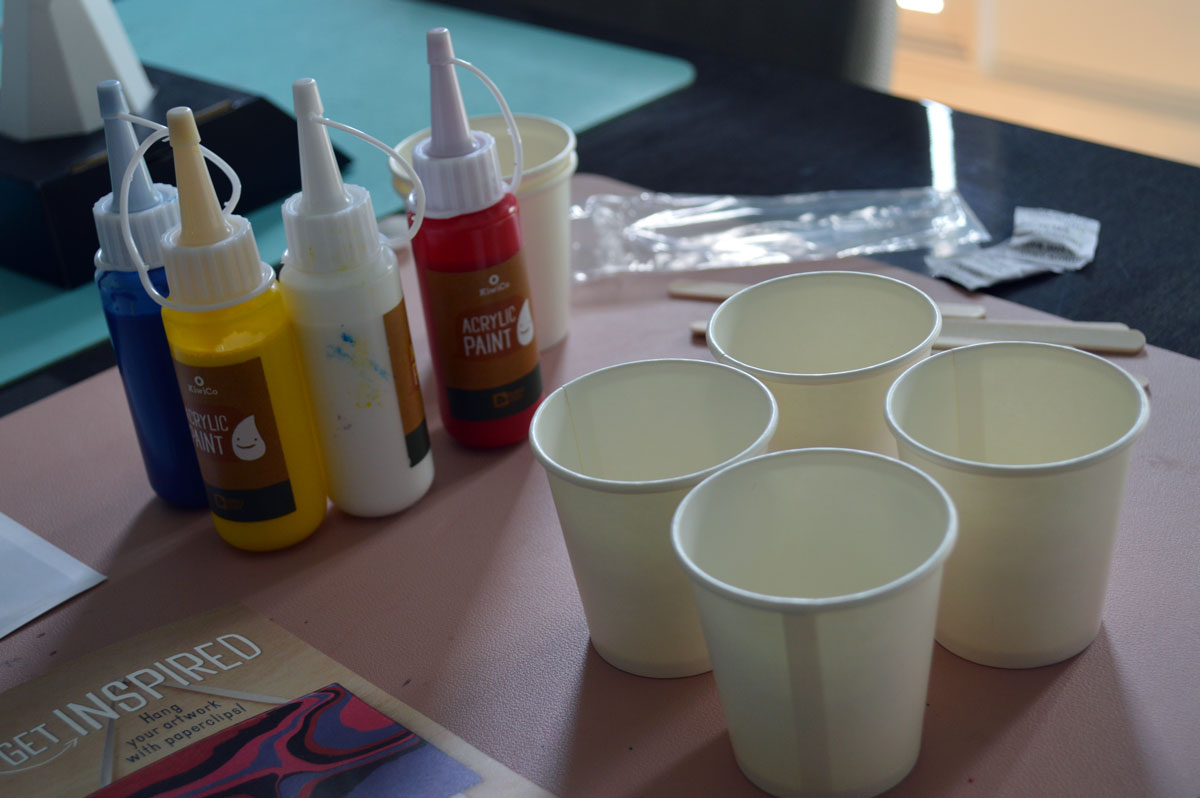