The Appeal of Cabela's is Real 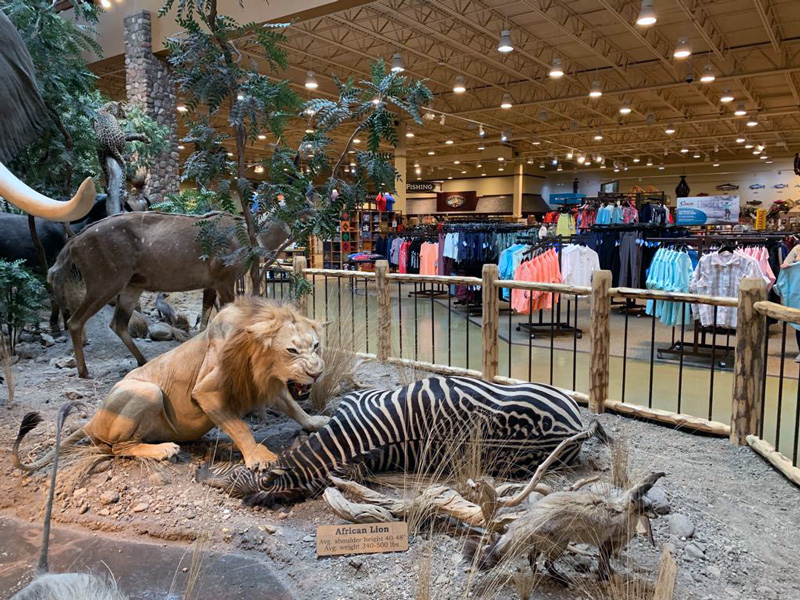 How did it all start?

Cabela’s was started by Dick Cabela, who died at 77 this week. The beginnings were very humble with $45 worth of hand-tied fishing lures, which Dick sold at his family’s furniture store in Nebraska. Customers didn’t get lured that easily, so he bought an ad in Sports Afield magazine and offered 5 flies for 25 cent shipping fee. This strategy worked and he got names to put on a mailing list that he later bombarded with catalogs for fishing gear. 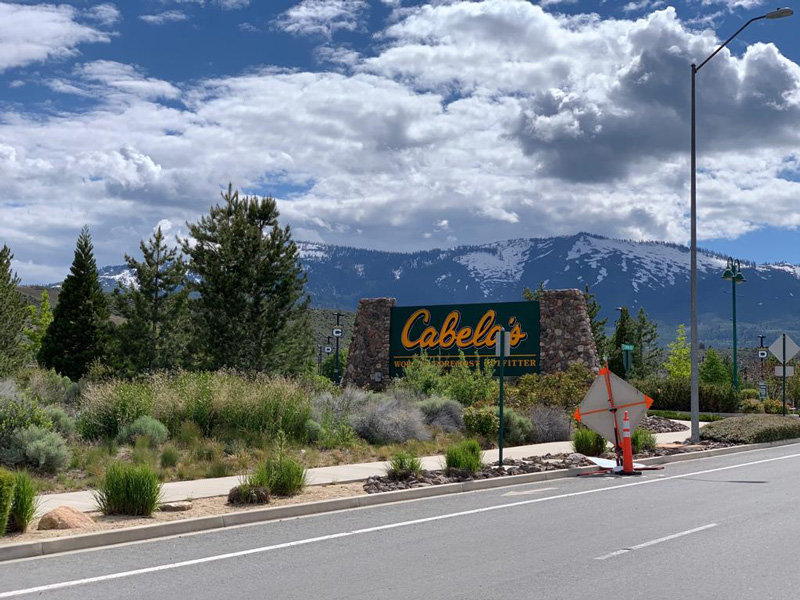 Today Cabela’s generates $3.5 billion in revenue per year and has 50 stores that are often called tourist destinations. They resemble log cabins with plenty of taxidermied animals all over the plaster mountains, making customers feel like they are in a natural history museum.

Why is Cabela’s so appealing?

This can be partially explained by our own relationship with nature – we love it and at the same time we destroy it. Cabela’s outdoor lover’s paradise stores are usually built next to busy highways and are surrounded by big parking lots instead of nature. The stores are also often built on the outskirts of big cities, celebrating the conspicuous consumption and city growth. 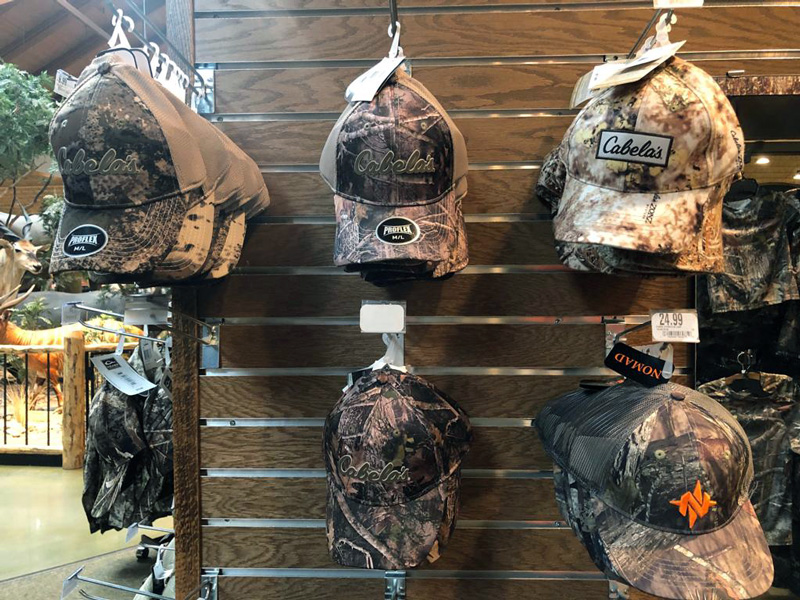 Many people are not happy with those huge stores that take space where wetlands and grassland used to be. It might even start looking that soon there won’t be many places to use all the stuff and gear Cabela’s is selling.

What do we know about Dick Cabela?

Dick Cabela spent years traveling the world and shooting big game animals, which is becoming increasingly more controversial as many species are facing extinction. His mansion in Sidney, Nebraska, is full of trophy animals; he is a big fan of the National Rifle Association, and an American patriot, as is his wife Mary. Big part of Cabela’s revenue comes from sales of rifles and bullets, and millions of dollars are donated to N.R.A. each year by the company. Stricter gun purchase laws would negatively affect Cabela’s business and they are doing everything to stop any new legislation. 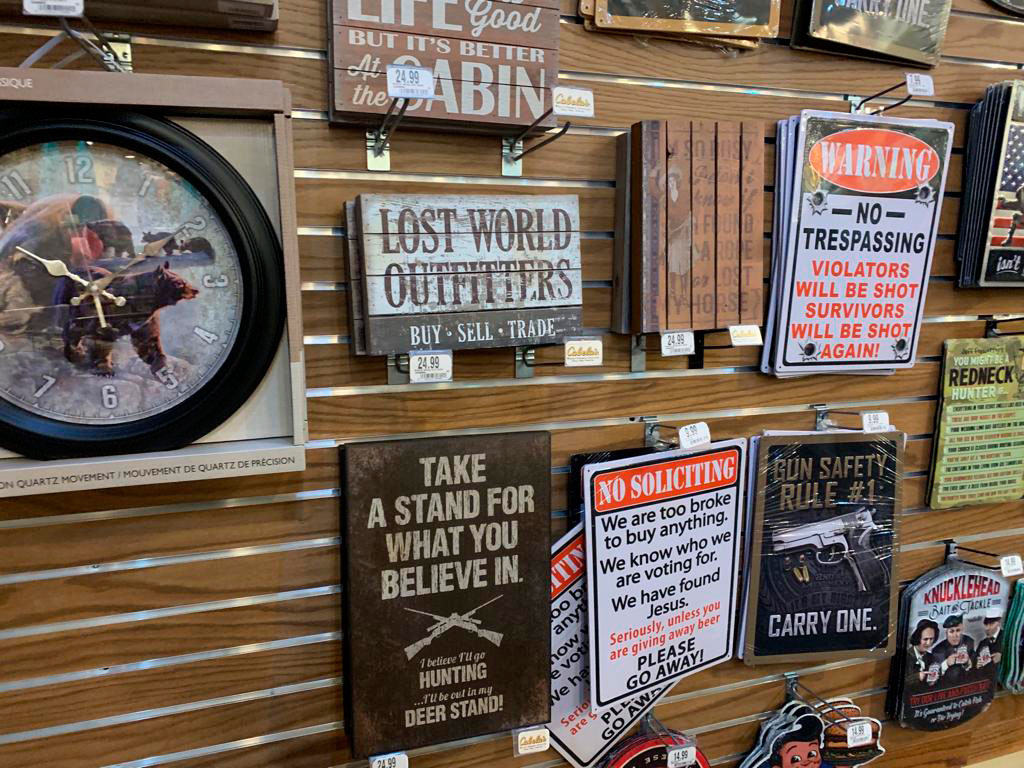 As no stricter laws are coming, Cabela’s stock price and revenues continue to increase steadily since 2013 even though there is no spike in sales as people feel safe that they will be able to acquire a gun any time they want. 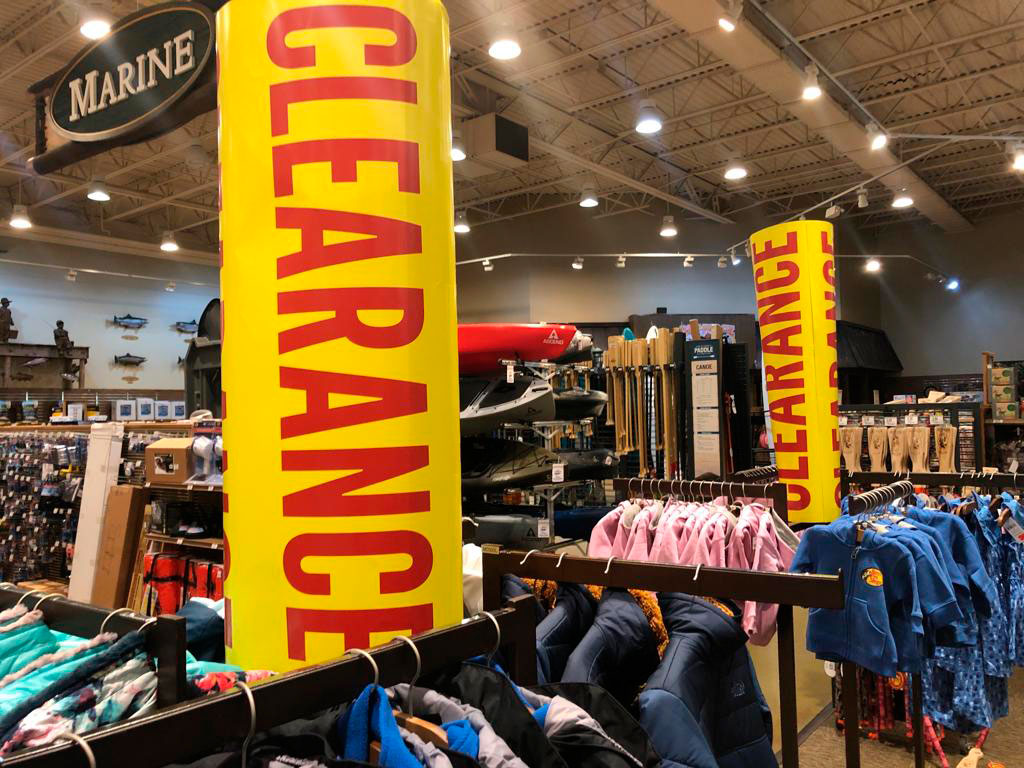 Dick Cabela embodies two types of American hero: a strapping frontiersman and a dashing business man. So many people aspire to be at least one of such characters, and he is both. He is kind of like the Robertson family from Duck Dynasty. They cater to redneck stereotypes while also go smart about building their brand and Duck Commander duck-call business. The family reportedly pulled in $400 million in merchandise tie-ins. Just like Cabela, they are outdoorsy and wild while also meticulously calculating at the same time. Cabela’s carries some items from Duck Commander in attempts to involve popular culture in attracting younger generation to hunting and rifle purchasing. 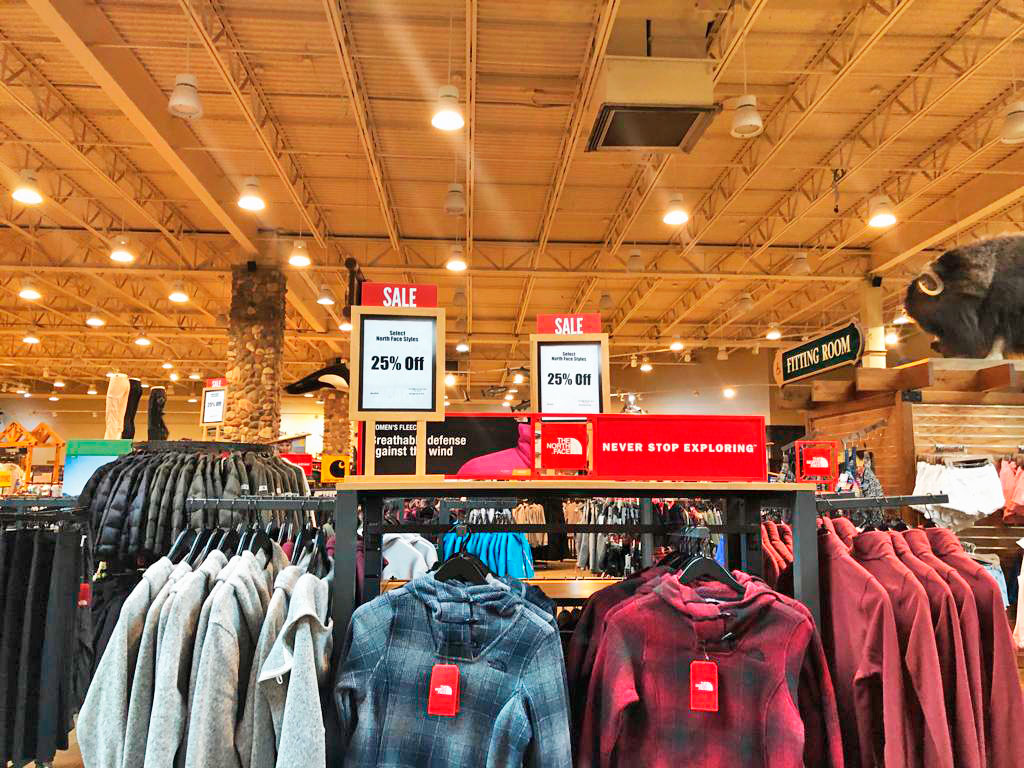 Do gun sales depend on location?

Yes, absolutely! We all can envision a group of youngsters shooting at a target in an empty field a lot easier than a group of teenagers practicing their skills in an urban neighborhood. Dick Cabela not always knew the difference, proven by his words: “We’re losing our youth, big time, especially in the inner cities”. These words are a double-edge sword for sure.

Cabela’s stores are mainly in the South, West, and Midwest, but are currently expanding to New England and neighboring states. 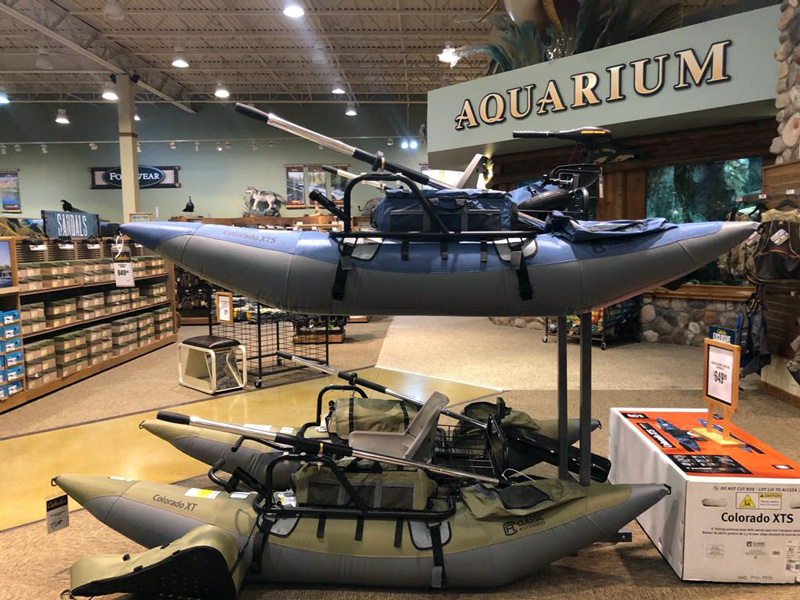 The stores are typically close to 200,000 square feet and can fit a small town into them. As we said before, in addition to selling typical outdoor gear, the stores are very museum-like. Most stores have huge aquariums and dioramas inside for entertainment purposes. You will also find artificial mountains with taxidermied and stuffed animals galore. Kids squeal with joy when interacting with stuffed moving bears. All in all, Cabela’s is a destination and some people take a couple of vacation days just to come there with their RVs, park for free, and enjoy this museum-like experience. People come from up to 100 miles away to Cabela’s on a regular day. 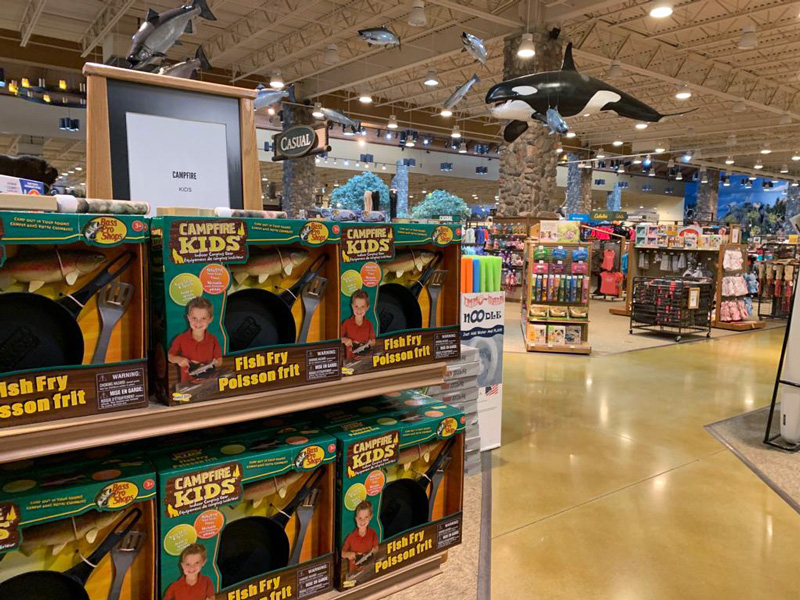 How does Cabela’s keep up with modern shoppers?

This is something many retailers are currently struggling with and losing their battles with online competitors. Cabela’s, on the contrary, is growing, expanding, and increasing revenues. What is their secret? The retailer operated and relied on catalogs for decades, but quickly realized that modern consumer is not interested in catalogs any more. That modern consumer also has many options to shop online and get everything he needs without leaving his home. This is where the strategy to make every Cabela’s store a destination really pays off – people will come as long as you offer more than just a shopping experience. 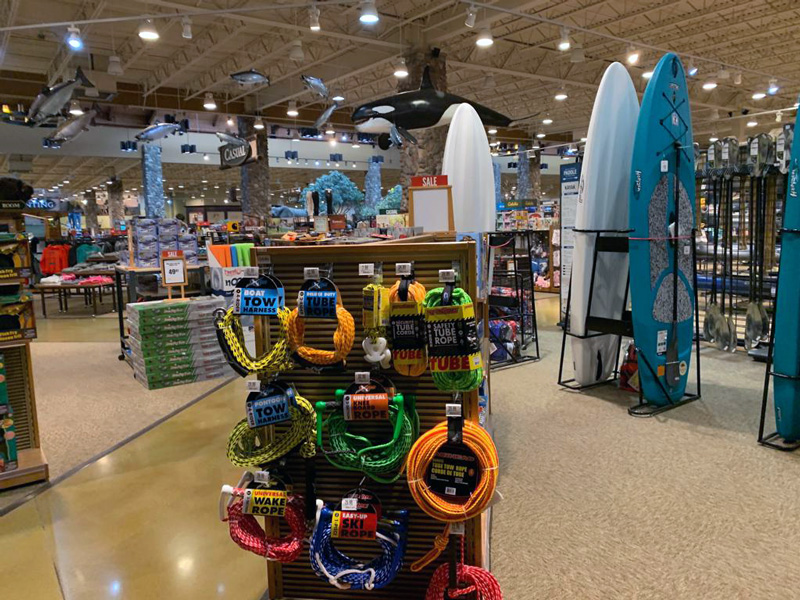 Who are the main competitors of Cabela’s?

The main competitor is Bass Pro Shops which are also dedicating more and more of retail space for entertainment, up to 37% in each store.

What merchandise can you expect to find at Cabela’s? 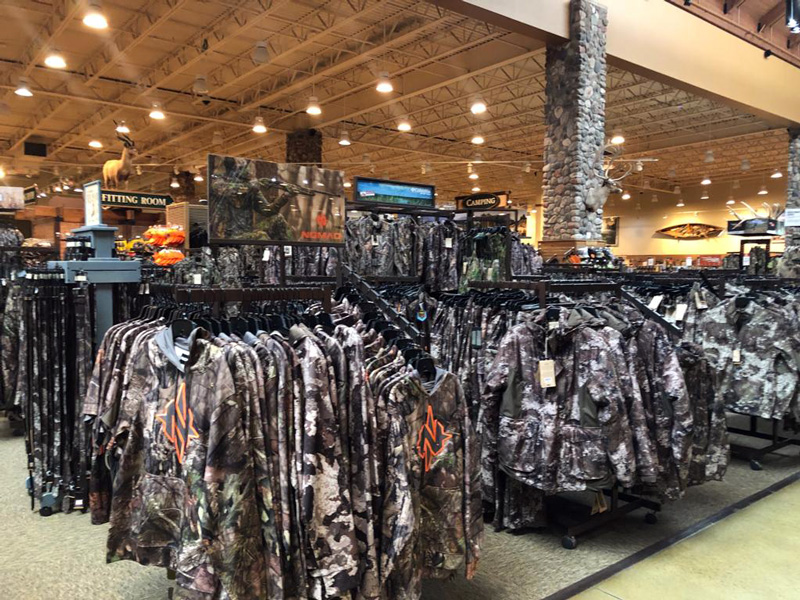 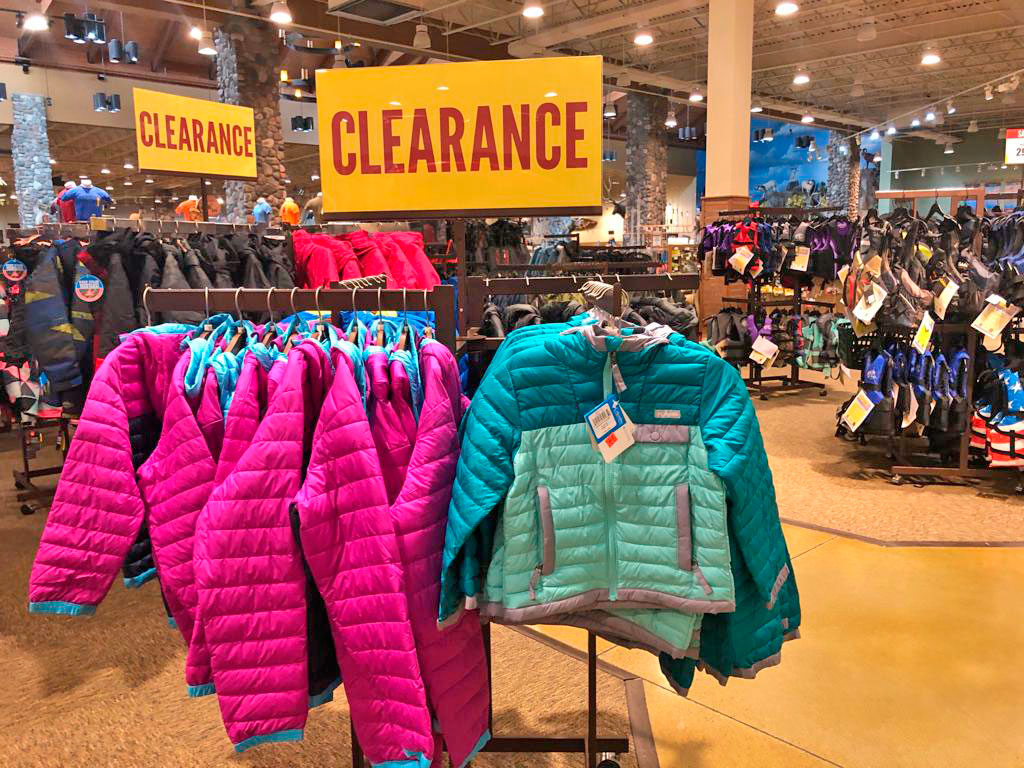