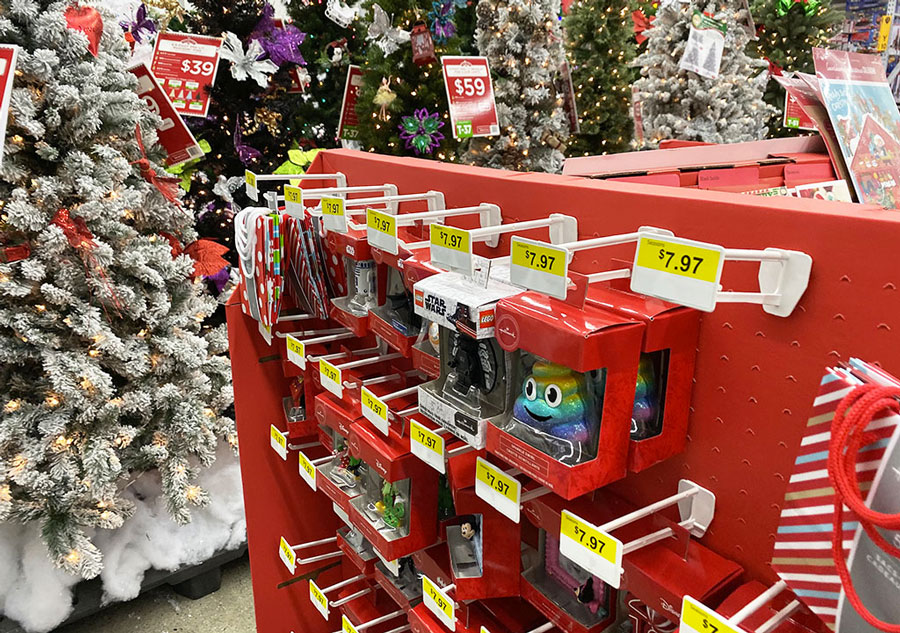 Retailers are getting ready for Christmas/20off.com

It seems that Christmas is coming early as many retailers are bring cool weather in with early fall and winter specials. 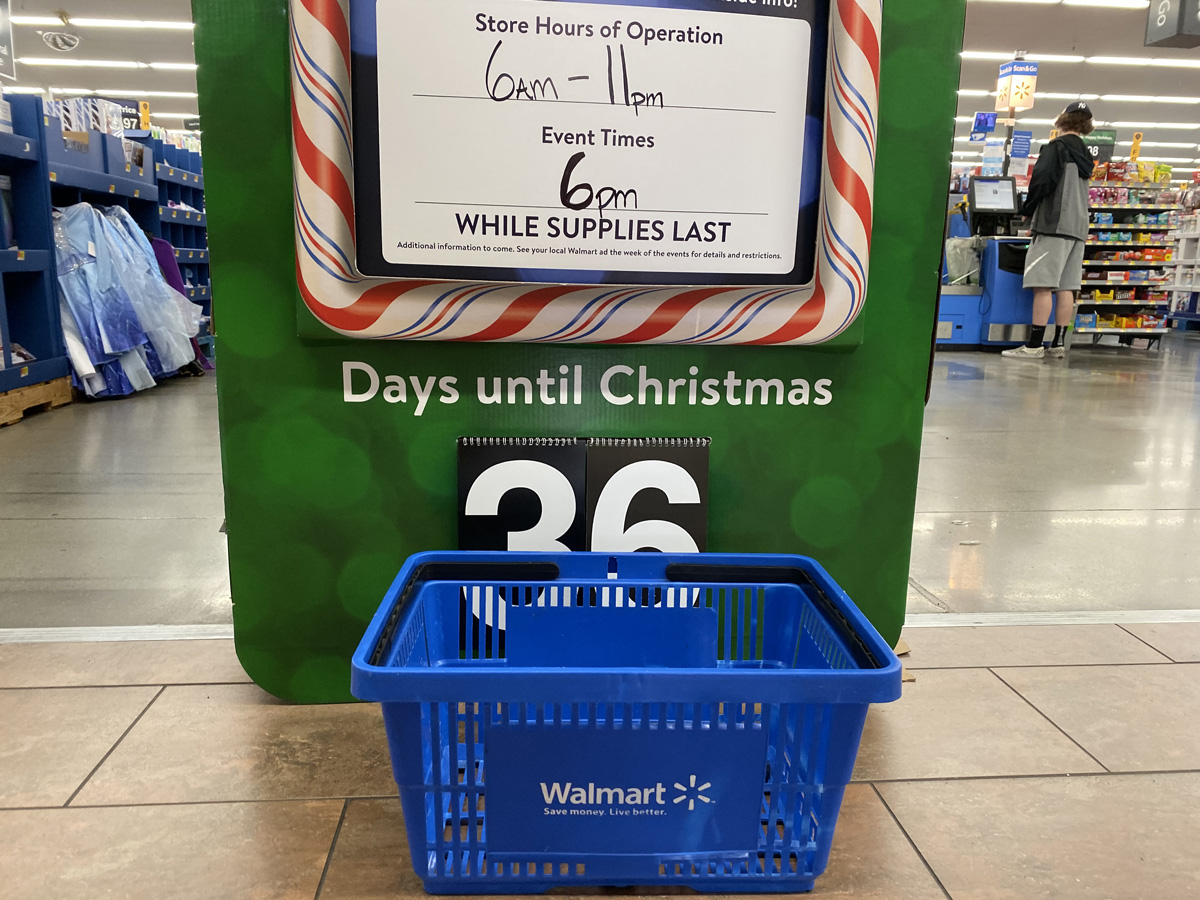 Starbucks, for example, already introduced its Pumpkin Spice Latte and Walmart is releasing its red hot toy list for the upcoming winter holidays. After all, summer is almost over, so it’s actually nice to start looking for Christmas even if it’s still August. 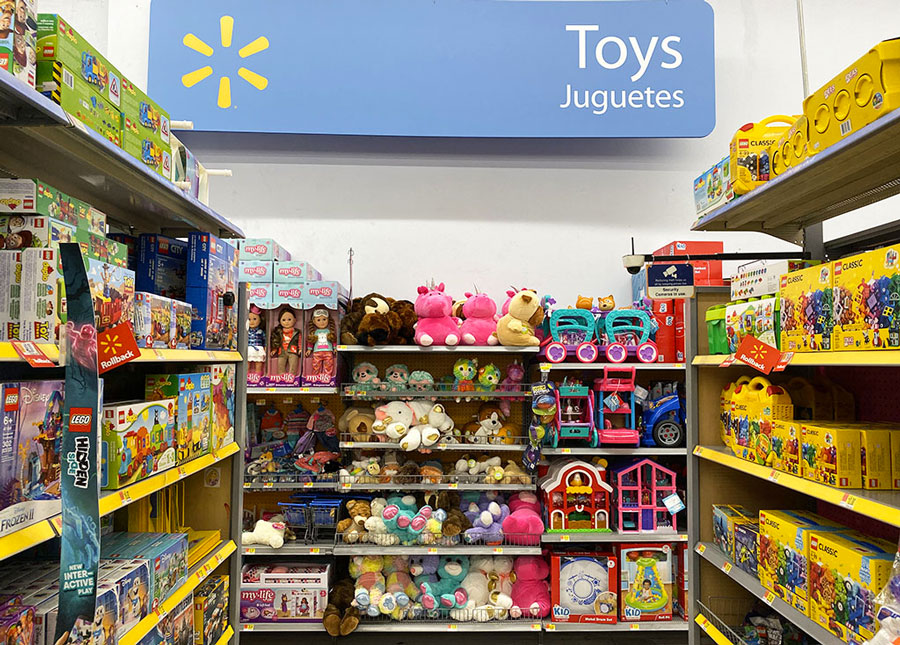 Toys for everybody from Walmart

The list of toys includes 48 items that every kid would be stoked to have. All the toys this year are tested and selected by kids, who were presented with hundreds of them and were able to pick their favorites. The list has dolls, games, and scooters on it – the usual suspects and more. 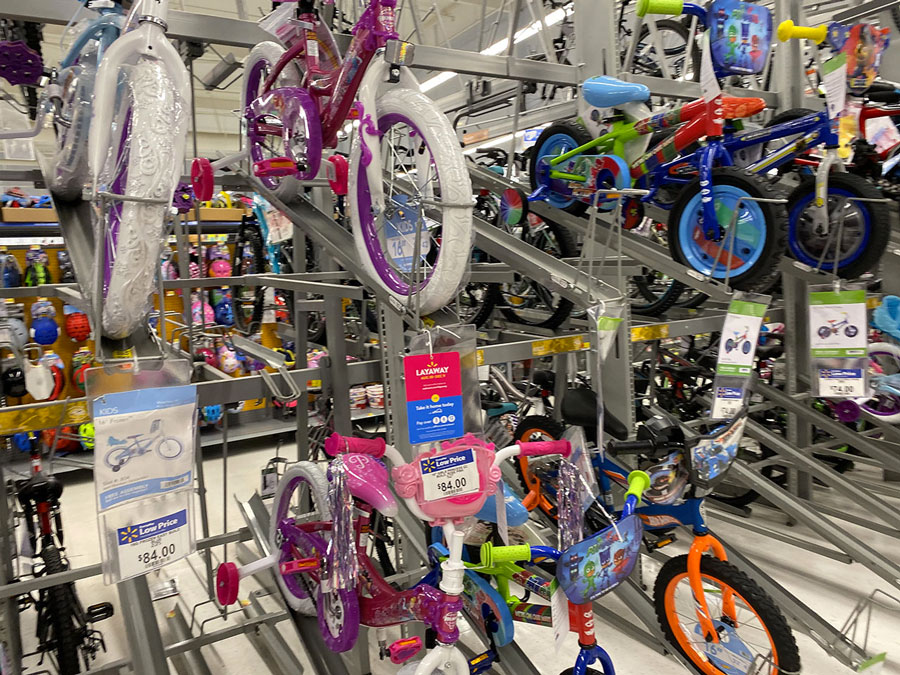 Sporting supplies for kids at Walmart

The list this year is huge, with 40 more toys than usual, which is 25% more. Walmart is serious about those sales in-stores and online and picked only those toys that were chosen by kid-influencers. Kids can see those toys in action in the hands of other kids, not adults, and understand them a lot better. Understand and desire, that is. Walmart definitely loves such powerful message sent and desire generated and plans to stick with this strategy in the future. 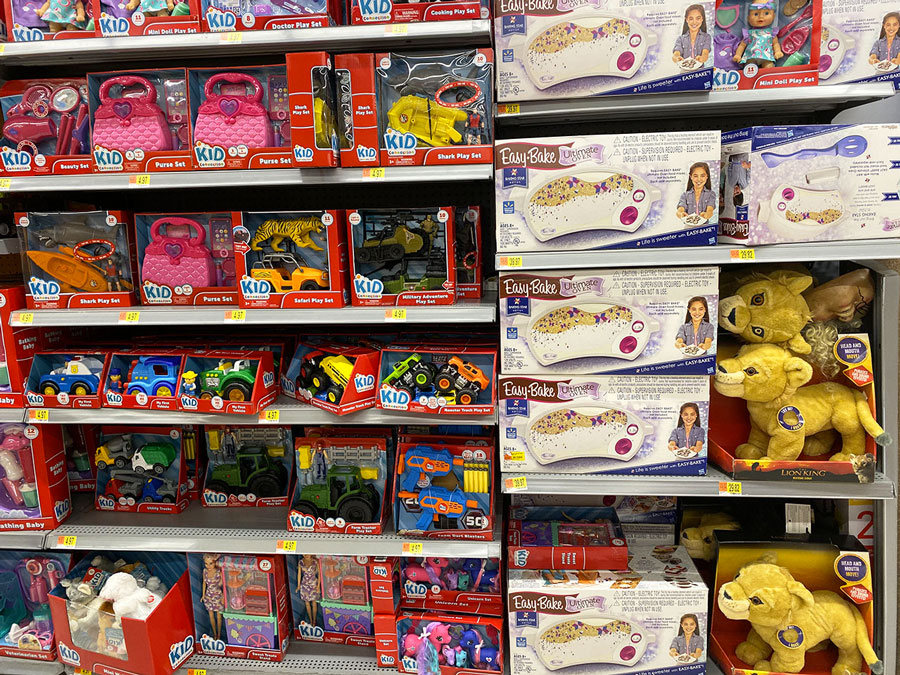 Walmart has discounted toys for little ones

This kid-influencer trend was largely started on YouTube channels, where kids could watch other kids open boxes and play with toys. First time ever kids are responsible for their own choices and have a way to decide what they might really want to play with. 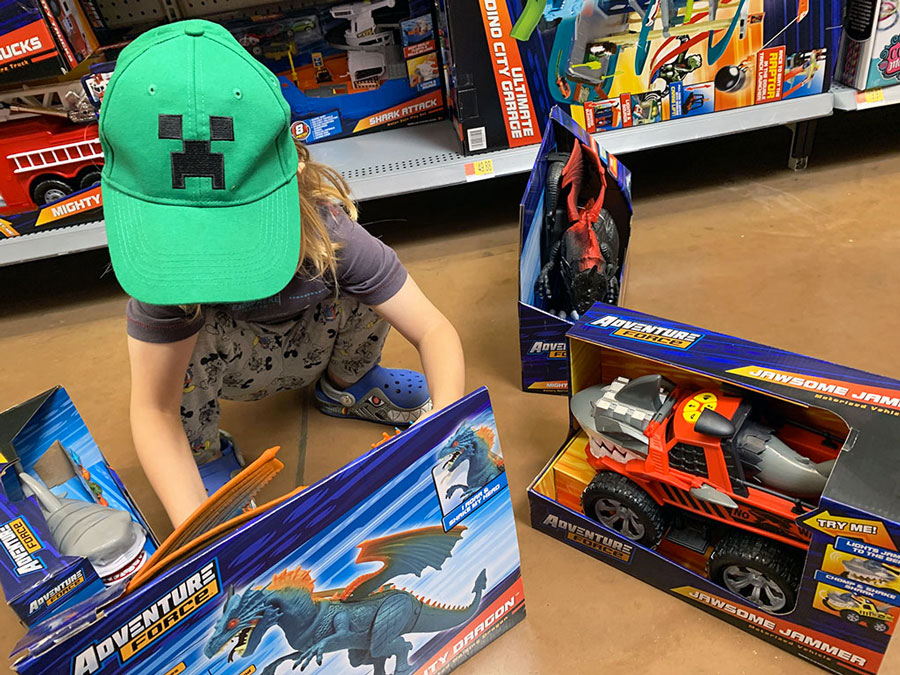 Lots of choices to be made at Walmart before Christmas

Walmart collaborated with YouTube kid star Ryan, 7 last year and selected some of its holiday list items from the toys that Ryan approved. He is a young star with his own channel, called Ryan ToysReview. His channel is so popular that he became a very wealthy kid with 21.3 million regular subscribers. Walmart created a partnership with Pocketwatch and Binkers Toys to bring Ryan’s line to its shelves and it was so successful that everything got sold out in record time. That was last year. This year Walmart want to go even bigger. 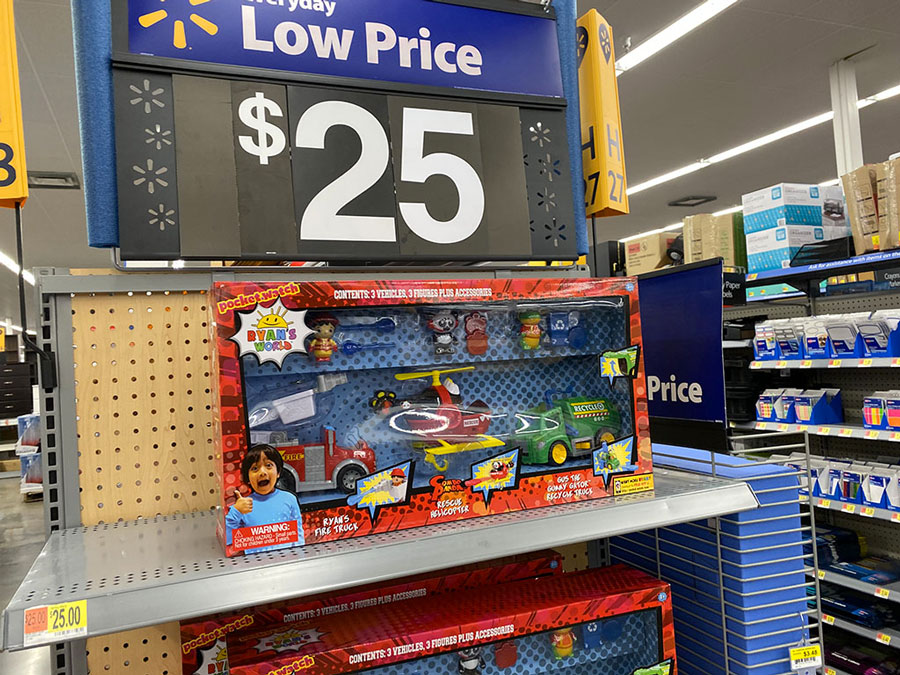 Walmart has long had aspirations to become America’s best toy shop and last year really brought that goal closer to home.  Once Toys R Us went bankrupt, Amazon jumped right in with its toy catalog, and Walmart wasn’t going to be left behind. The retailer increased its toy selection by 30% in stores and by 40% online with over 1,000 exclusive toys. 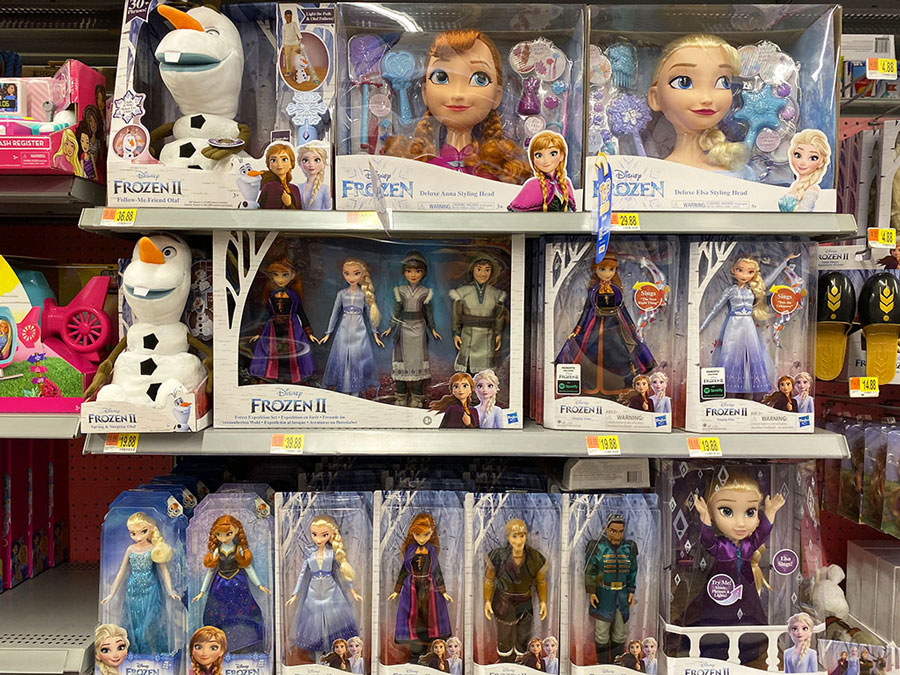 Frozen 2 is leading the wish lists 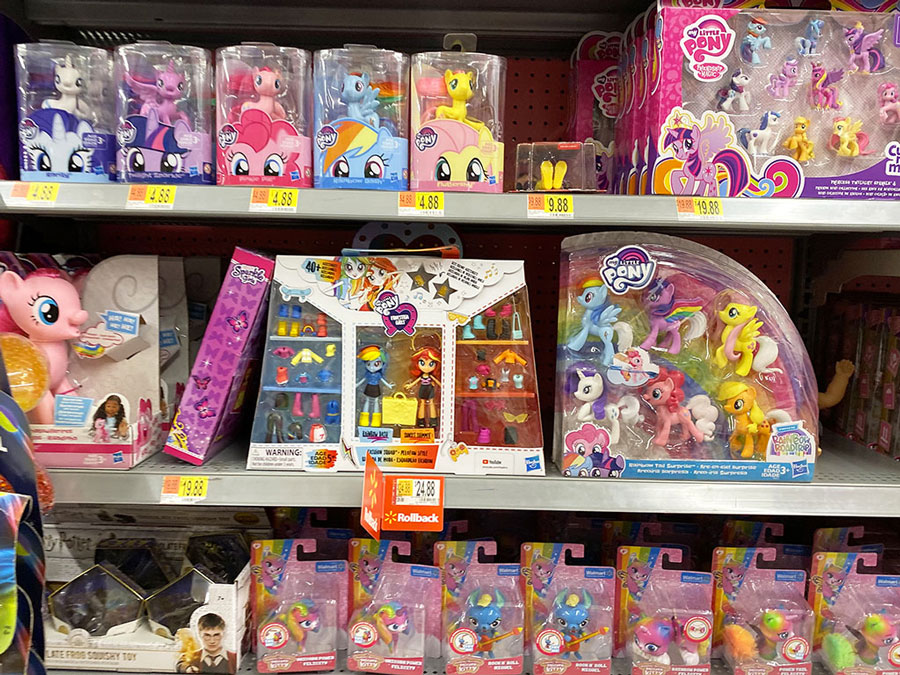 My Little Pony is sold at Walmart with discounts

Walmart really enjoyed the results that collaboration with Ryan brought and is now continuing to bring on only such toys that will get positive reviews by kids themselves. The unpacking aspect for kids is huge, almost the most important thing because it’s all about the peers and their likes or dislikes, and peers currently like watching kids open their new toy boxes. This is why Ryan reviews work so well and make kids want what he usually has and tests. 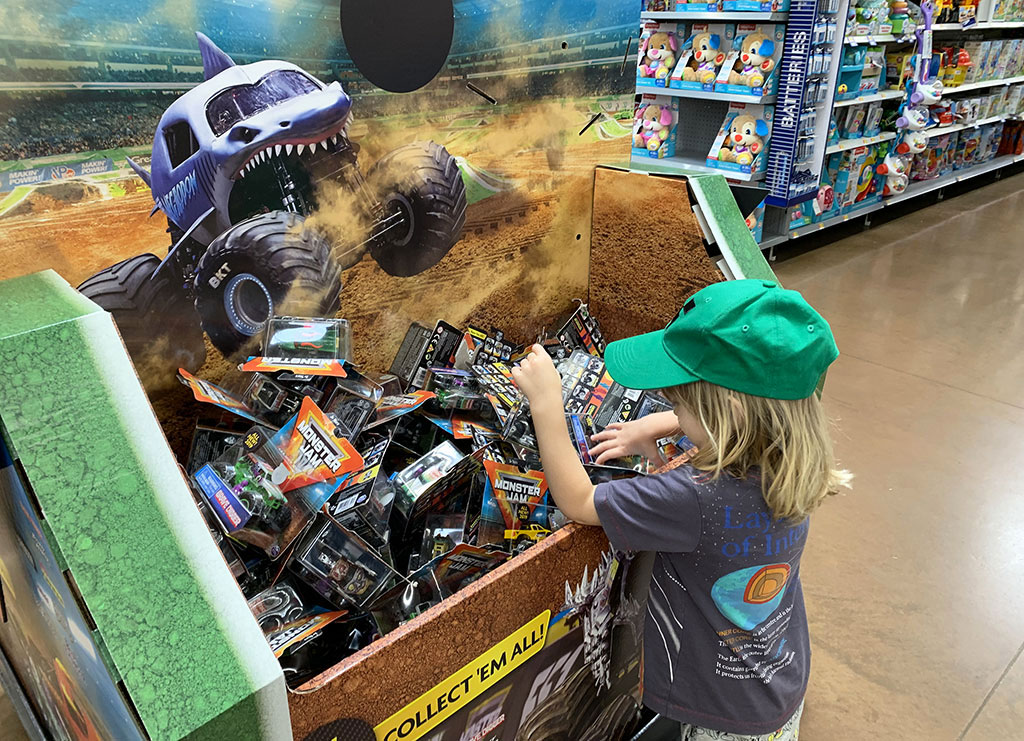 This year YouTube channel Tic Tac Toy will get a center stage with their unboxing toy called XOXO Friends Multipack. If not for last year’s experience and learning curve, Walmart wouldn’t even think about bringing such toy on board, but now it knows better. We are sure kids will be very happy with toys that are loved and approved by famous influencers.

Here are a few of the toys from Walmart that will be on many shopping lists this year: 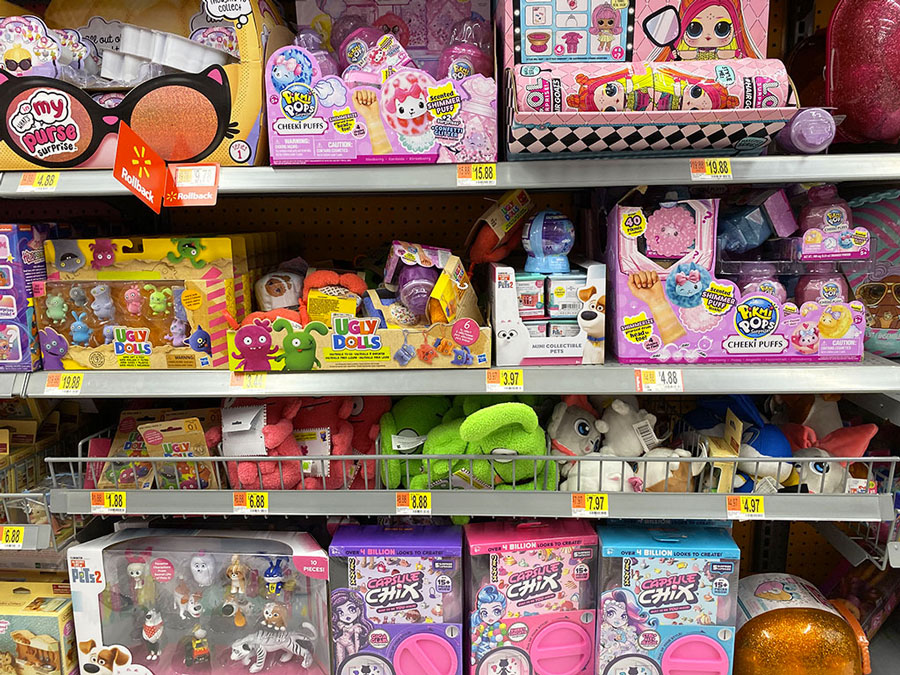 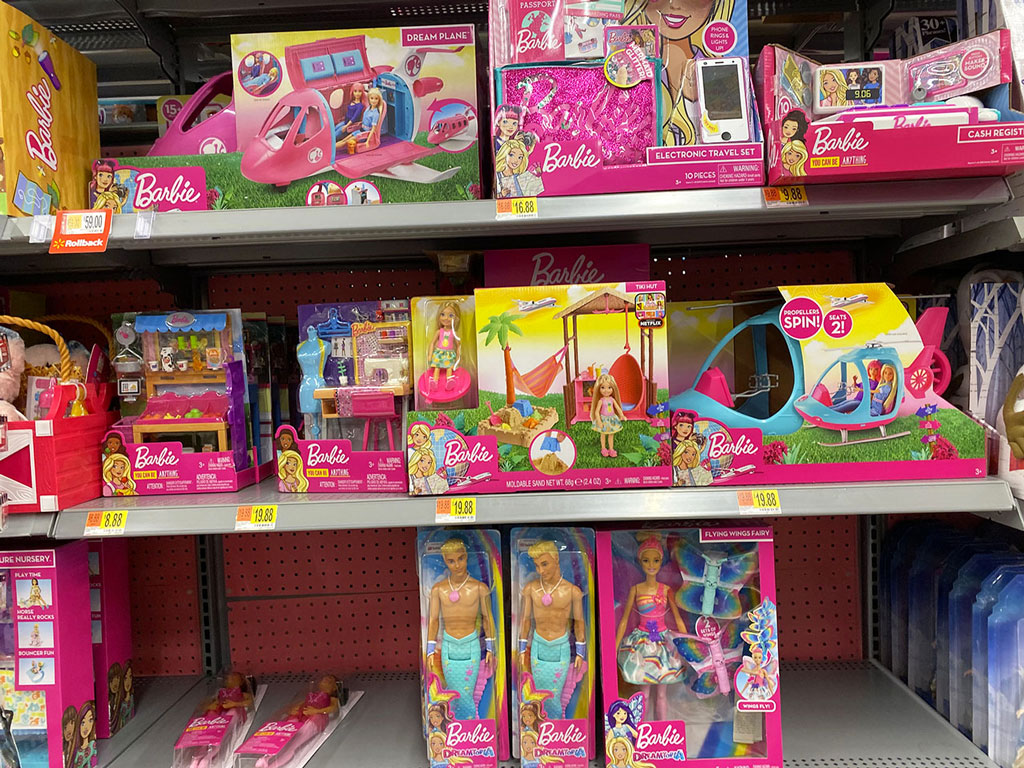 There wouldn’t be Christmas without Barbie