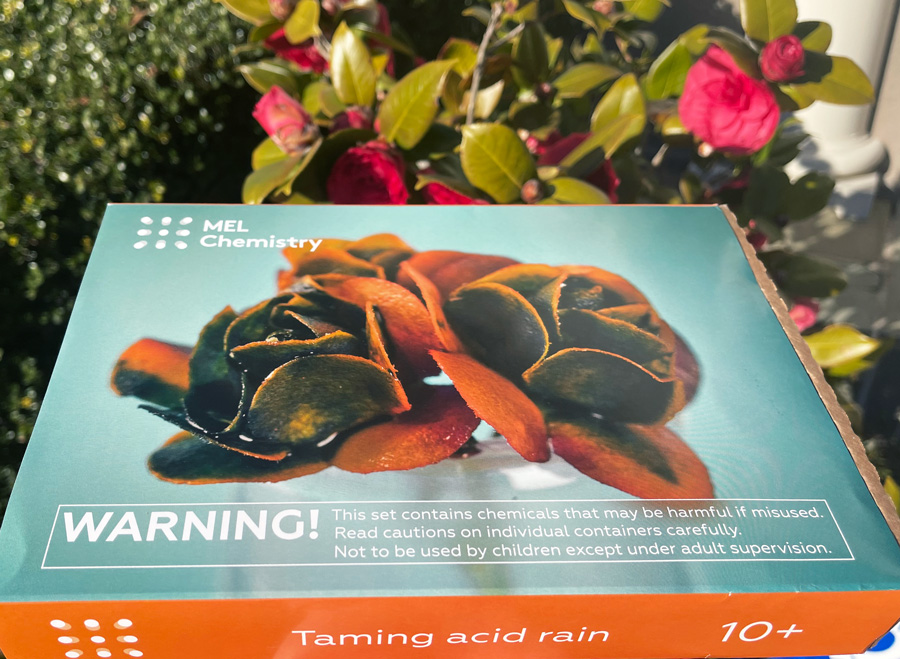 MEL Science is one of those subscription boxes that take a while to arrive. I usually get an email that the box got shipped and then it takes a month to actually get here, by which time I forget about it altogether, so it’s always a pleasant surprise.

The boxes are produced in Europe, mostly Russia, but this latest one arrived from Hungary and is called Taming Acid Rain. As soon as I saw the name, I immediately thought about all those dying conifer trees at high elevations of Smokey Mountains and got curious how to tame those rains. Thought this box doesn’t aim to eliminate them, it does a good job explaining the phenomenon and what actions have been taken to combat this pollutant. 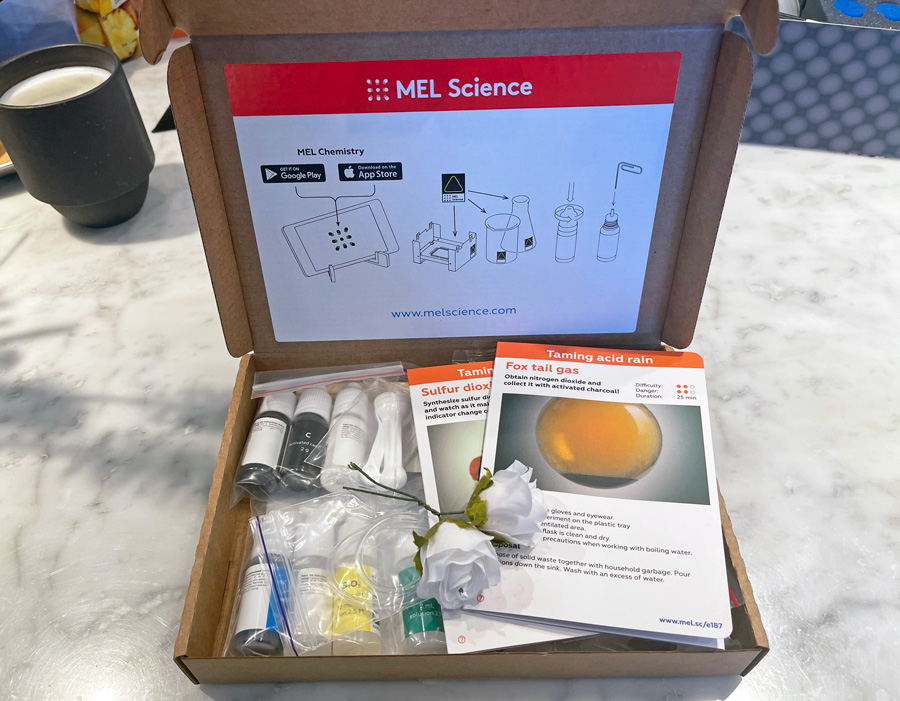 This is our third MEL Science box and so far we liked them all. Sure, I was hoping for some volcanic explosions and we got none of them just yet, but all the experiments involved chemistry, physics, some art, and a whole lot of fun for kids, so mama is happy. 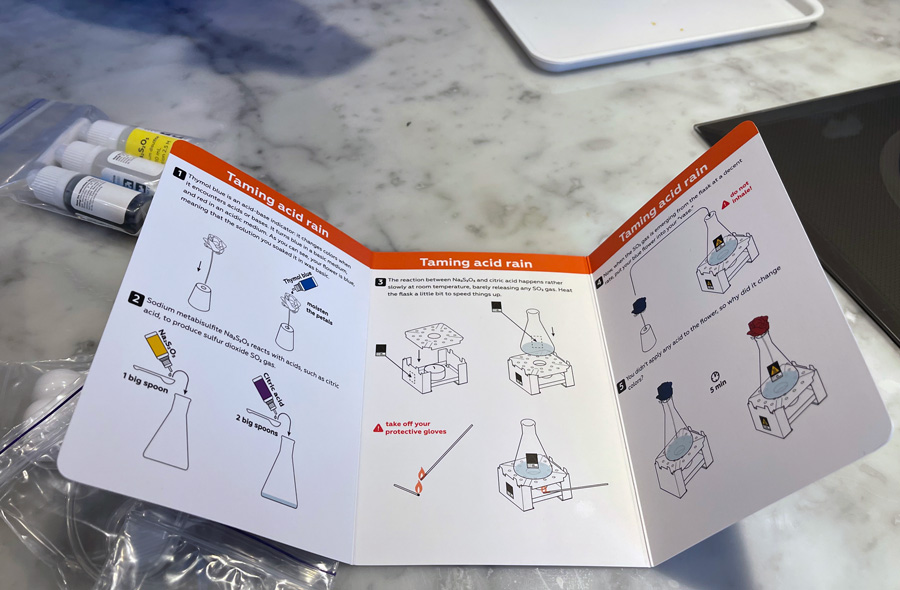 MEL Science is marketed for kids 10 years of age and older, which my daughter is, but my 8 year old son can keep up just fine, if he feels like it, that is. Reading detailed explanations about chemical reactions and elements doesn’t interest any one of them yet, but they do enjoy the doing part and for that I don’t mind paying $34 each month. 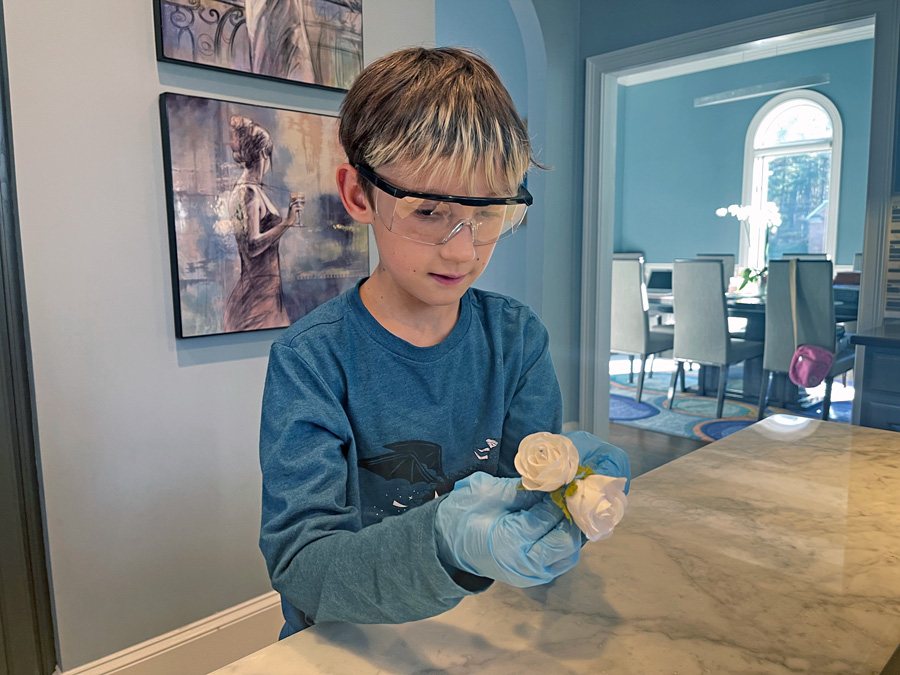 This type of scientific experiments and activities is especially important during COVID-19 pandemic, because so many kids are learning virtually and are spending all their time at home. When school is over for the day, they get on their devices or become immediately and painfully bored. Since it’s still cold outside, things like MEL Science boxes or KiwiCo crates keep kids and parents sane. I, for one, am very thankful for such services that deliver amazing projects right to my doorstep safely and don’t require me to do anything to keep my kids not only entertained, but happily learning too. 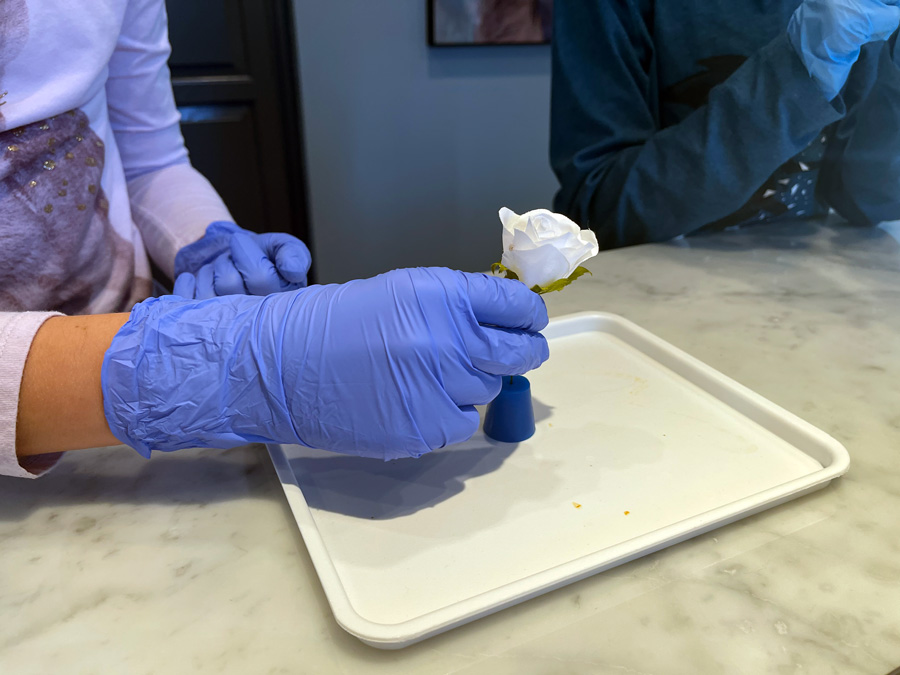 This month’s projects were really worth waiting for! There were two experiments this time instead of the usual three, but they were extra cool, especially for my daughter, because one of them involved a rose. 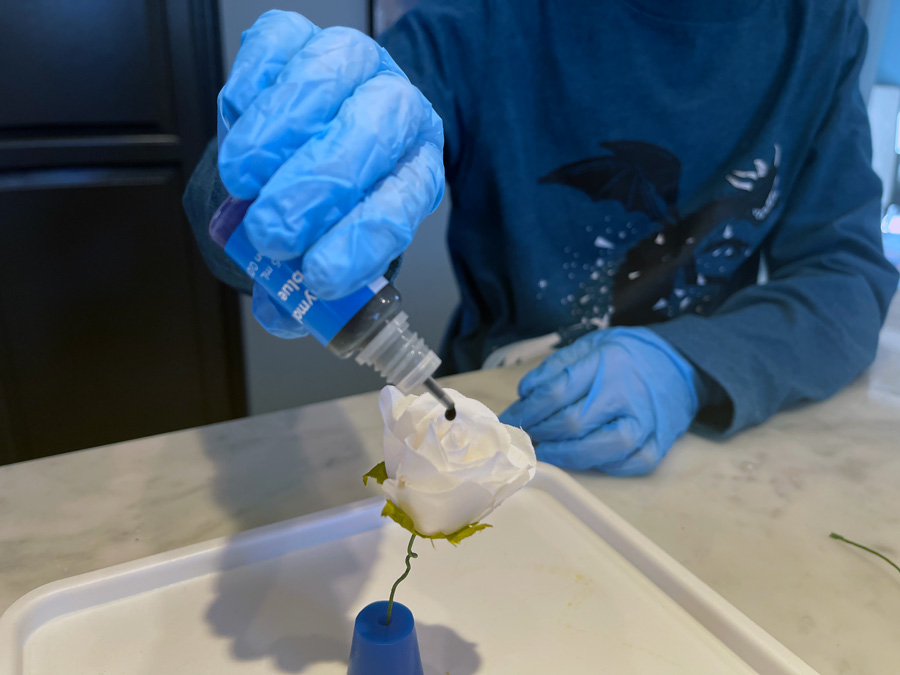 The first project was with Sulfur dioxide that made colors change. Kids needed protective glasses and eye goggles, which all came included in the big Starter Box that is sent when you first sign up for MEL Science. 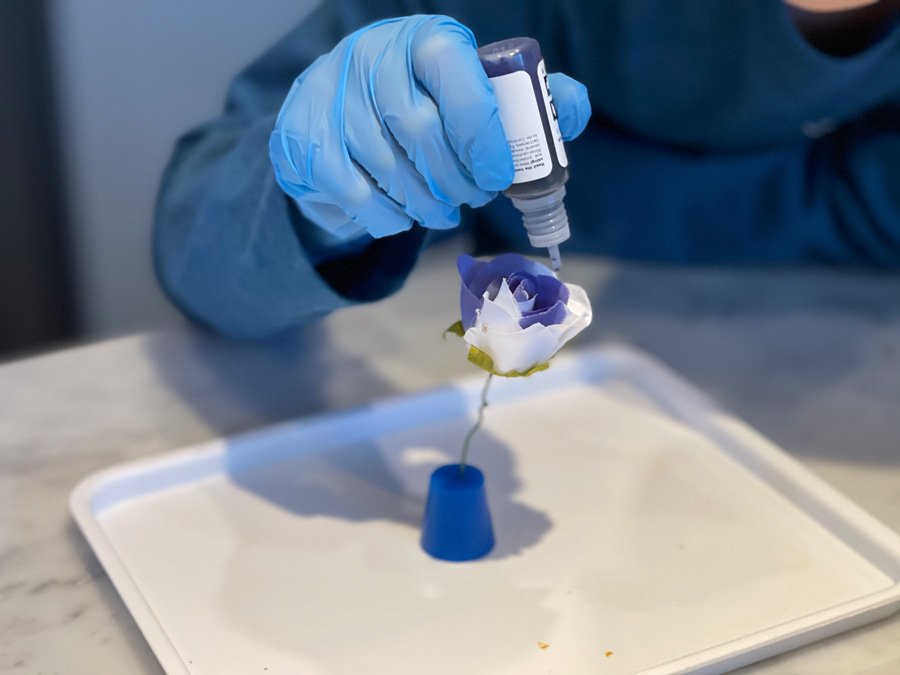 The project took 15 minutes and also involved a beaker, a tea candle, some colors, some acids, and a flame. 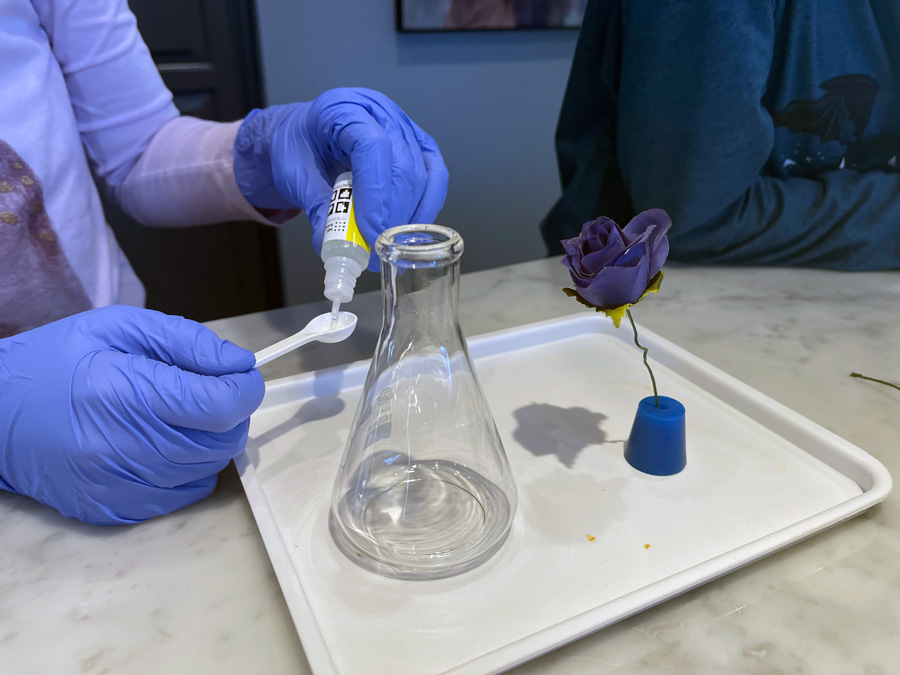 What was amazing is that initially white rose got colored blue with liquid Thymol blue and then became red and orange with the help of heated Citric acid and Sodium metabisulfite gases. 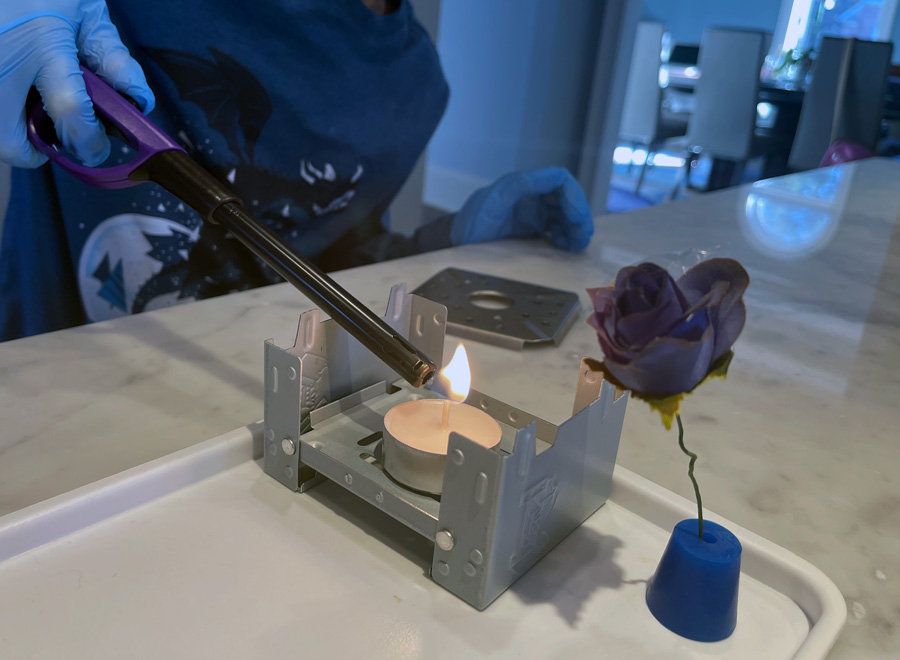 It took 5 minutes and kids had a ball watching it change. 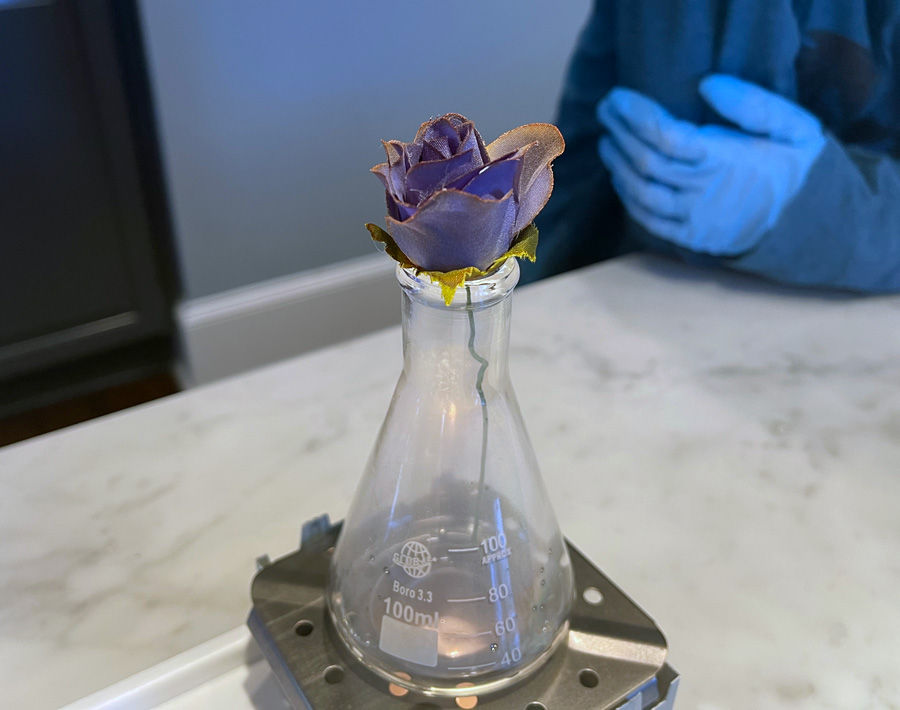 The orange color remained after the experiment was over. 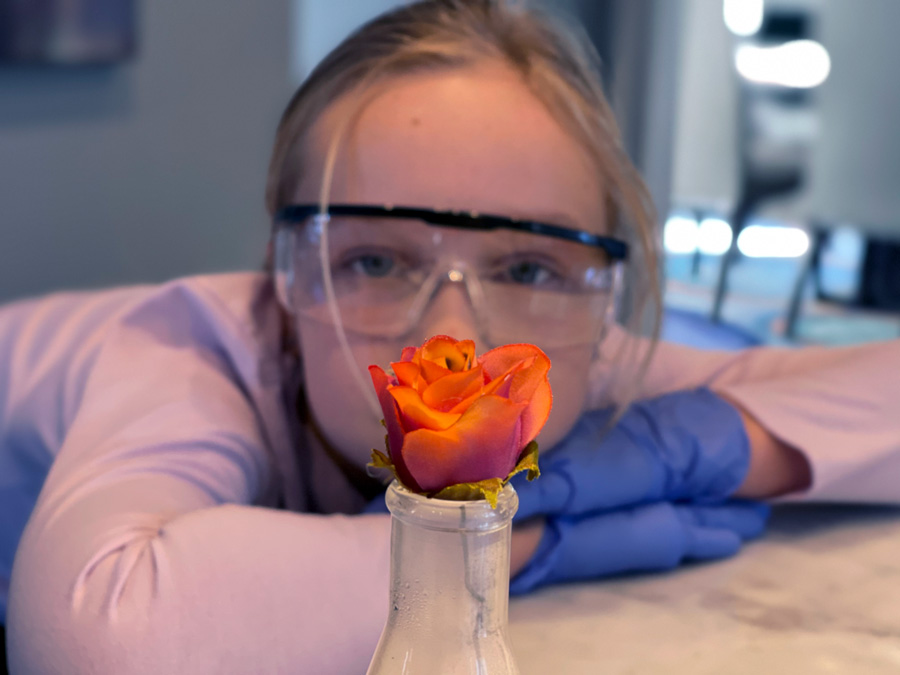 The box had two roses and enough chemicals to color the second one as well. 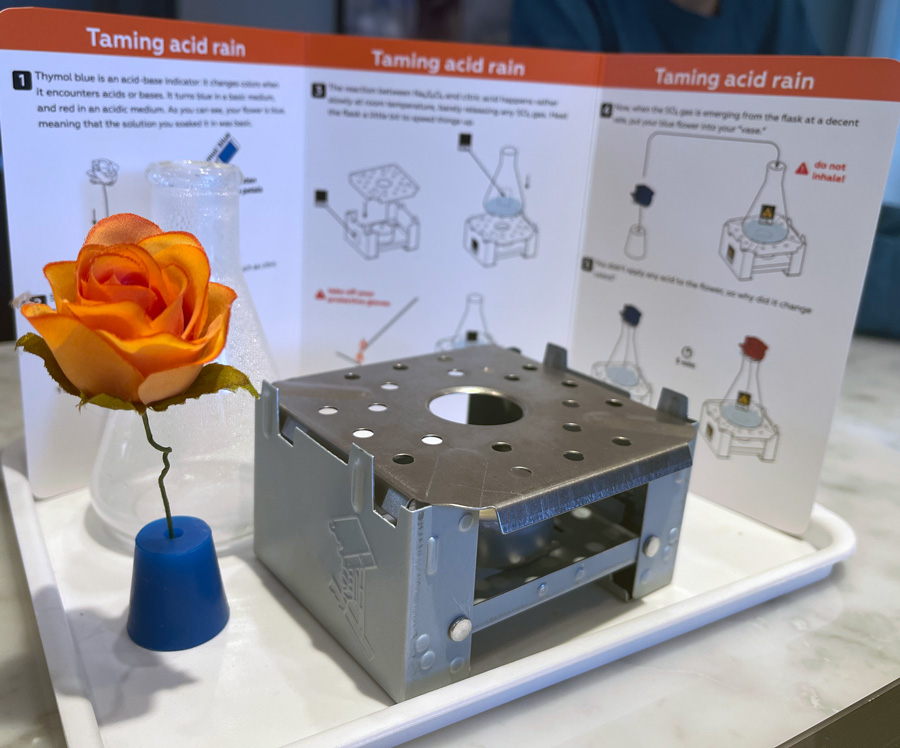 The second project was less impressive and my son lost some interest, but my daughter followed through until the end. 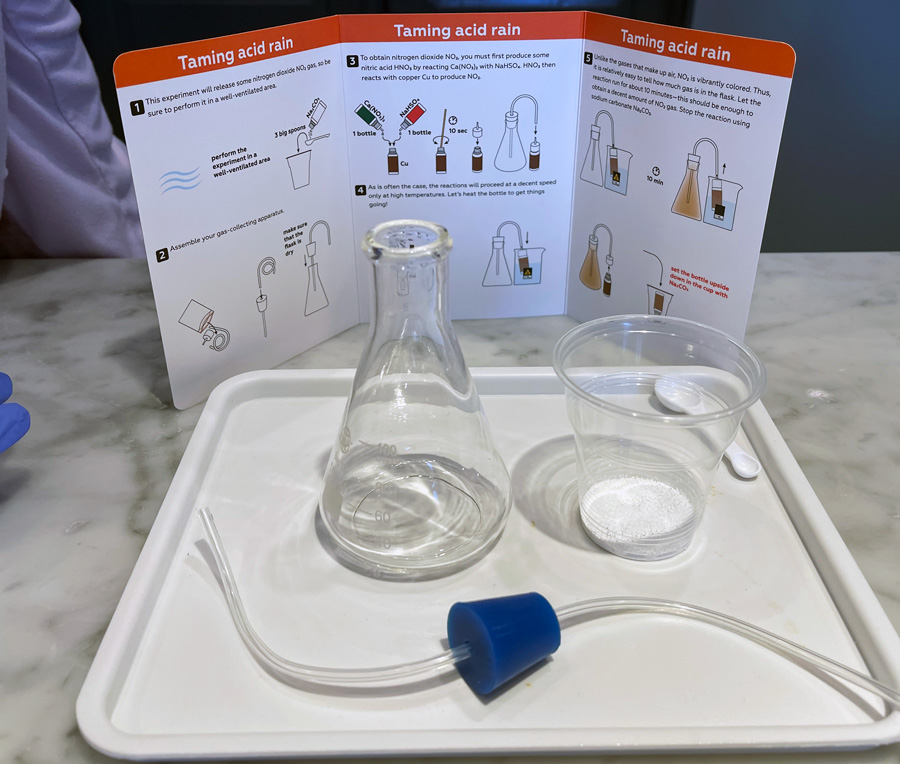 It took 25 minutes and included hot water, gas contraption beaker, which turned brow just from heated gas, and Activated charcoal, which attracted the brown gas, clearing the beaker at the end. 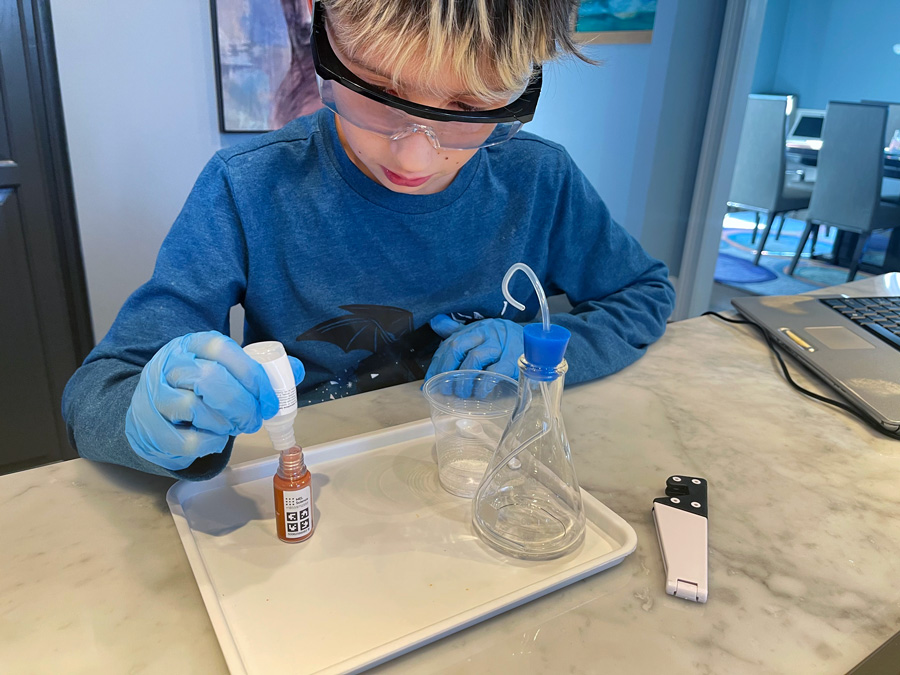 Both experiments proved that nitrogen dioxide gas is dangerous when in the air and pollutes rains that become acidic and kill trees. 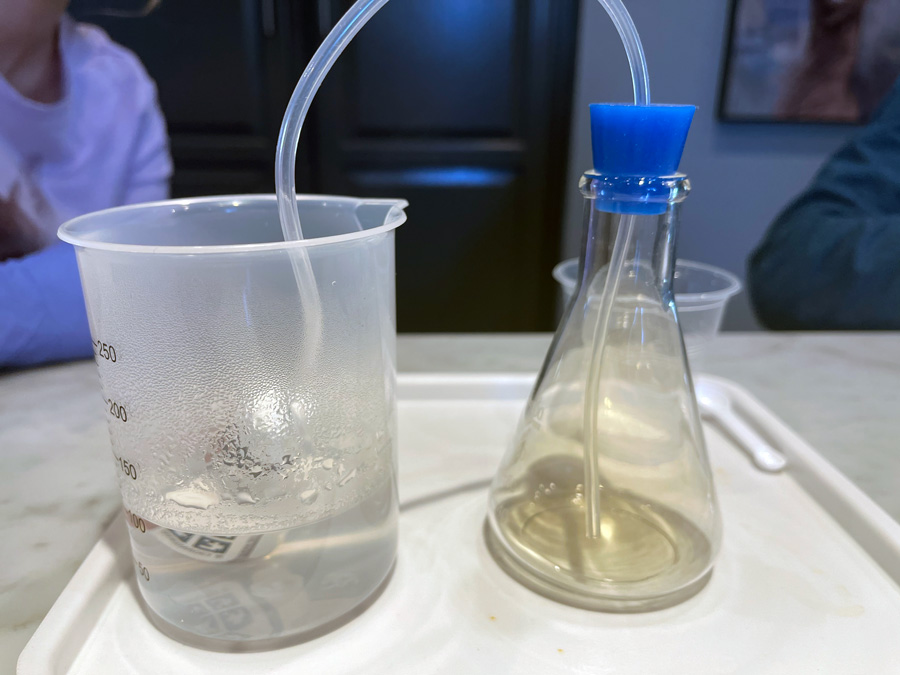 Activated carbon is used to clean industrial exhaust gases before they get released in the environment. It was an important lesson learned!

We will be looking forward to February MEL Science edition with great anticipation!