How to Save at Legoland Discovery Center. New Tips for 2019 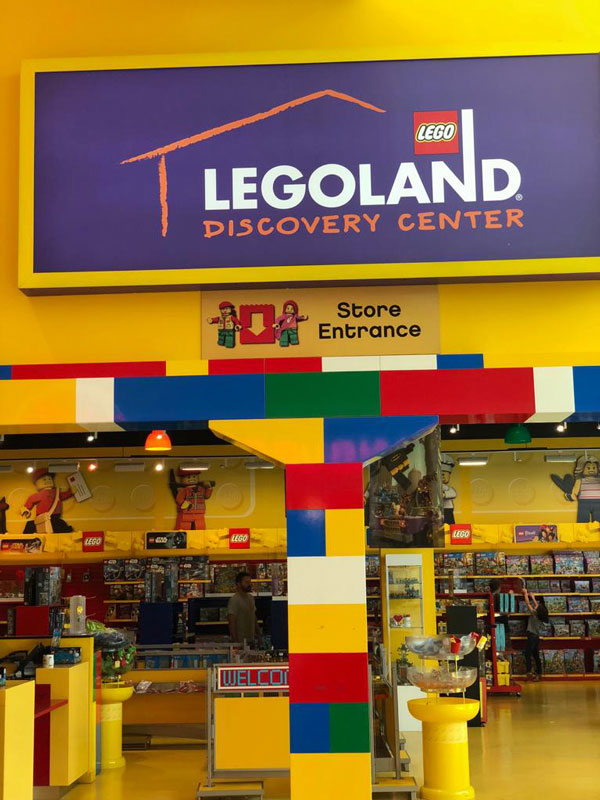 It might come as a surprise that LEGOLAND is not something you will find only in Florida and California. There are LEGOLAND Discovery Centers in many cities in America, and today I would like to talk about two: Arizona and Philadelphia. I have been to both and can give you my honest opinion and some tips about both. Let’s start with Arizona:

What’s so good about Arizona LEGOLAND?

It is conveniently located near Phoenix, Arizona and is perfect for kids from toddlers to tweens, so the entire family can get busy. There are plenty of exhibits and interactive stations to kill a few hours of the summer heat or winter cold as long as you come early enough in the day to beat the crowds and lines at the door.

What are the best reasons to visit LEGOLAND Discovery Center in Arizona?

There are 2 rides there. The first one, The Kingdom Quest Laser Ride is more interactive, while the other, Merlin’s Apprentice Ride, involves some pedaling from your kids, which gets them moving. 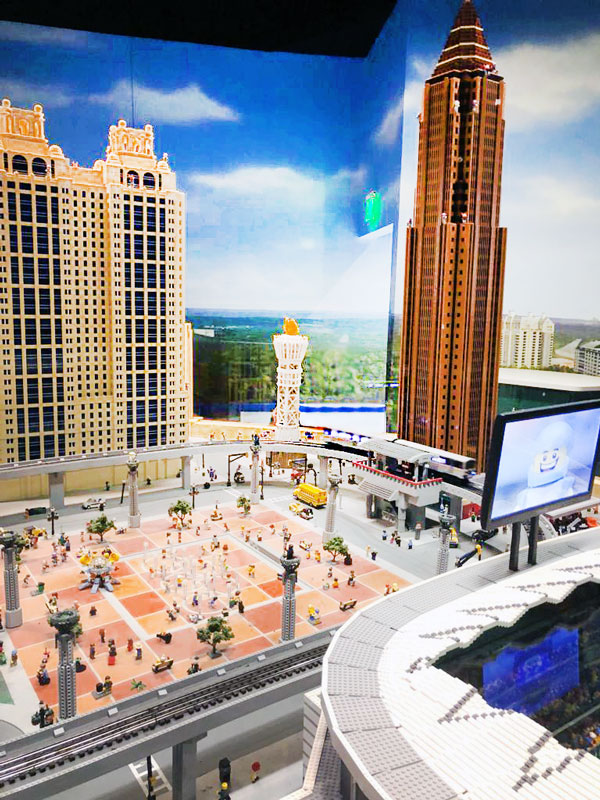 Kids love this theater because there is always a Lego movie on, and who doesn’t like a Lego movie? Plus everybody enjoys special effects, such as wind blowing, heat wave, and water splashing during rainy parts of the movie.

This separate area illustrates Arizona’s most famous landmarks and Western theme. The detail of Grand Canyon, Sky Harbor Airport, Tempe, and the University of Phoenix Stadium is astounding. Cowboys, deserts, and cactus scene is probably the most popular exhibit and is definitely worth of your time. 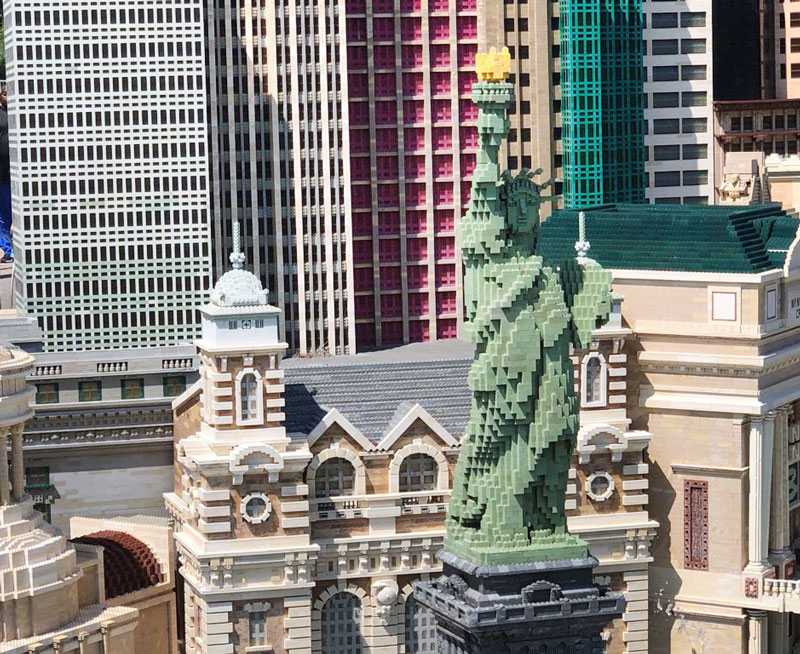 This special area is a big hit among smaller children, where Lego blocks are bigger for small hands to enjoy. The slide and the cow are both big hits. 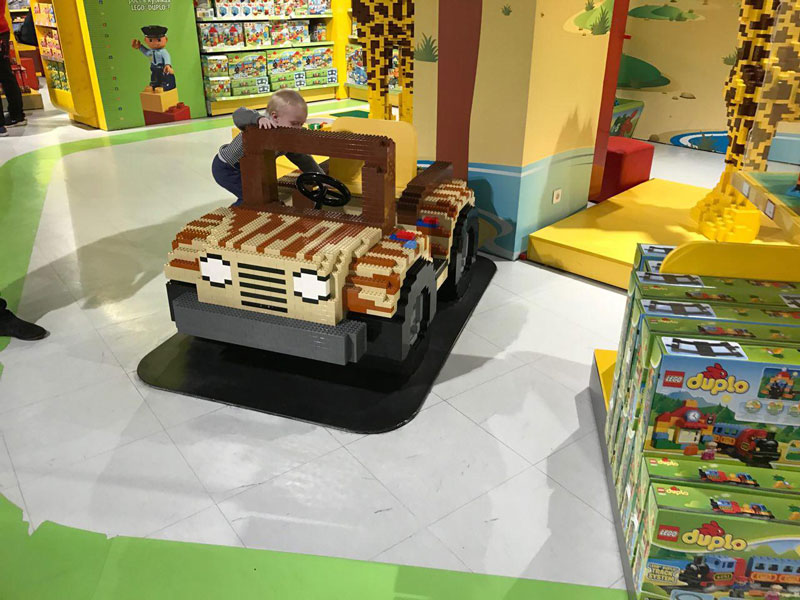 Kids and their dads enjoy this place, where they can build their own race cars and race them with other kids. My boys can spend hours there! 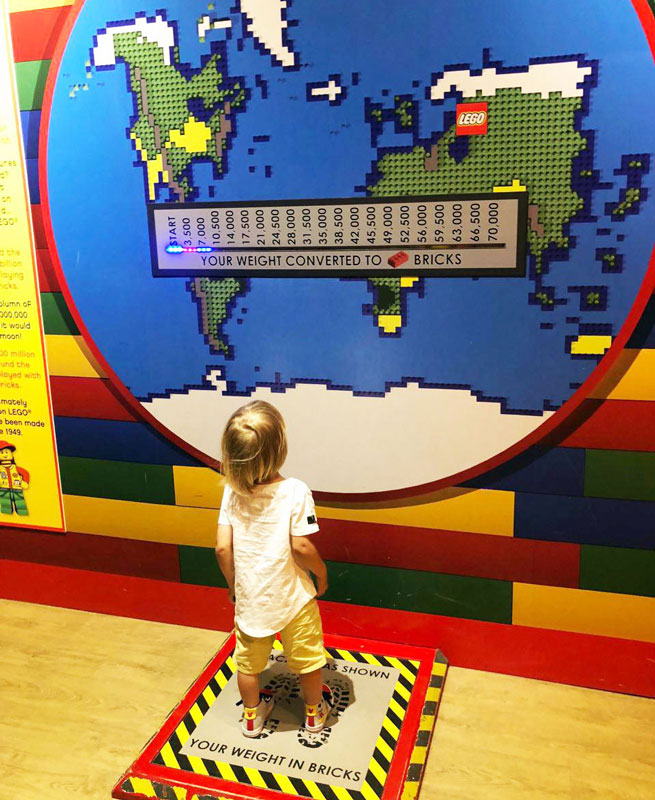 Some kids come here just for that – an oversized area that’s kind of like a jungle gym with slides, climbs, and jumpy houses. 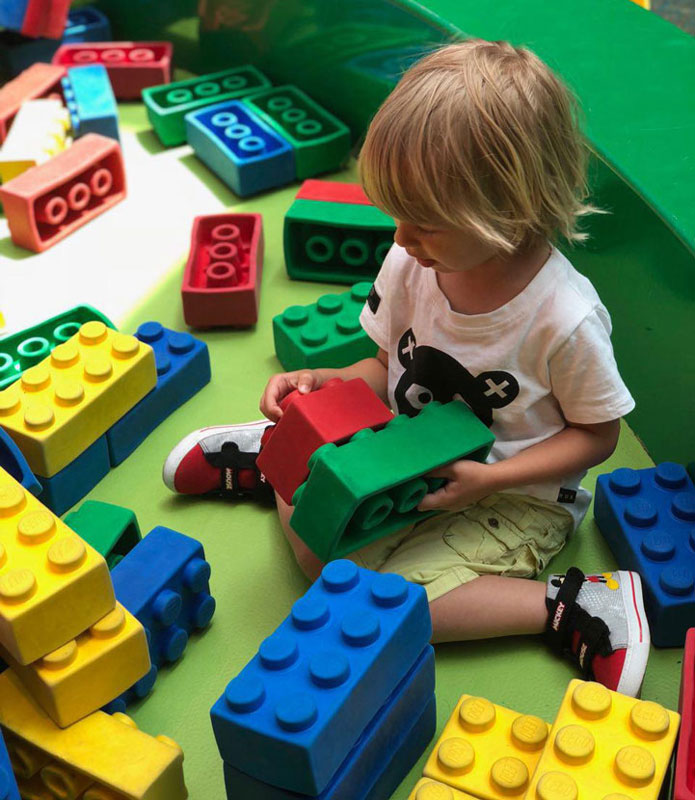 The entire LEGOLAND experience starts here where kids go on a virtual factory tour and create their own Lego figures. All the participants get a yellow brick to remember this tour by. 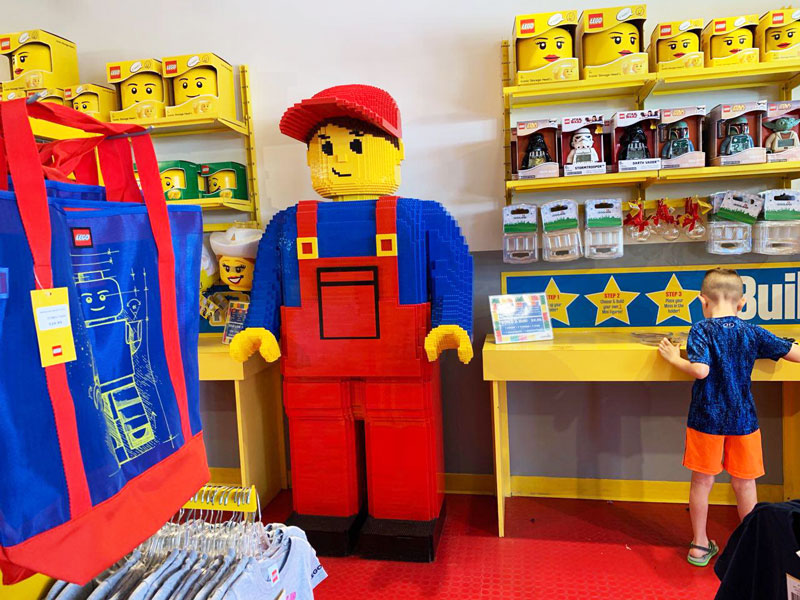 What kinds of attractions can we expect to find at Philadelphia LEGOLAND? 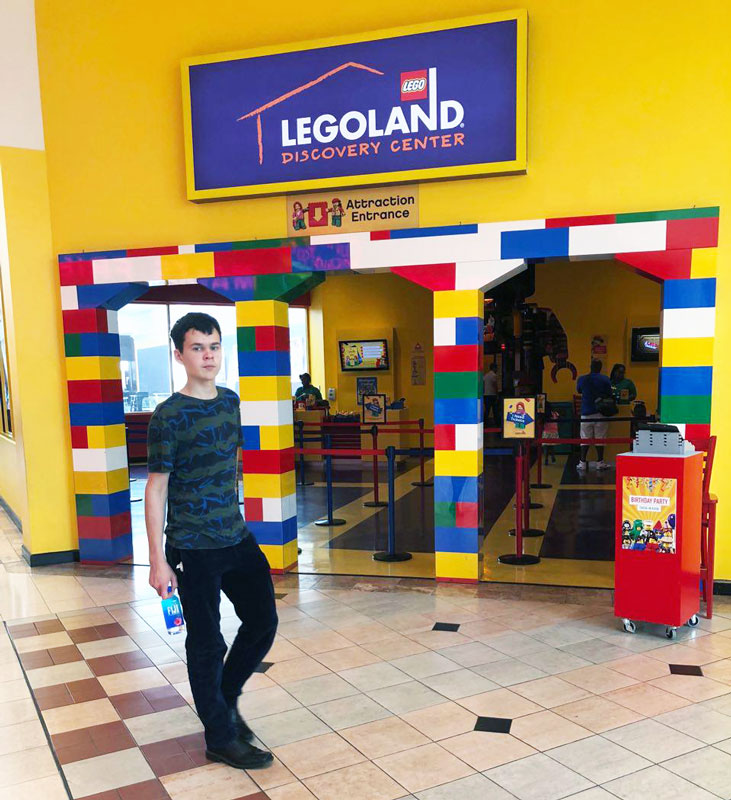 This exhibit is the first of its kind and features a digital interactive build table that brings frozen tundra to life with sounds and lights. Kids get inspired to create their own versions of animals and scenery further unlocking the secrets and features of this table. Young visitors also enjoy big building activities and taking pictures with a 7-foot tall Lego polar bear. 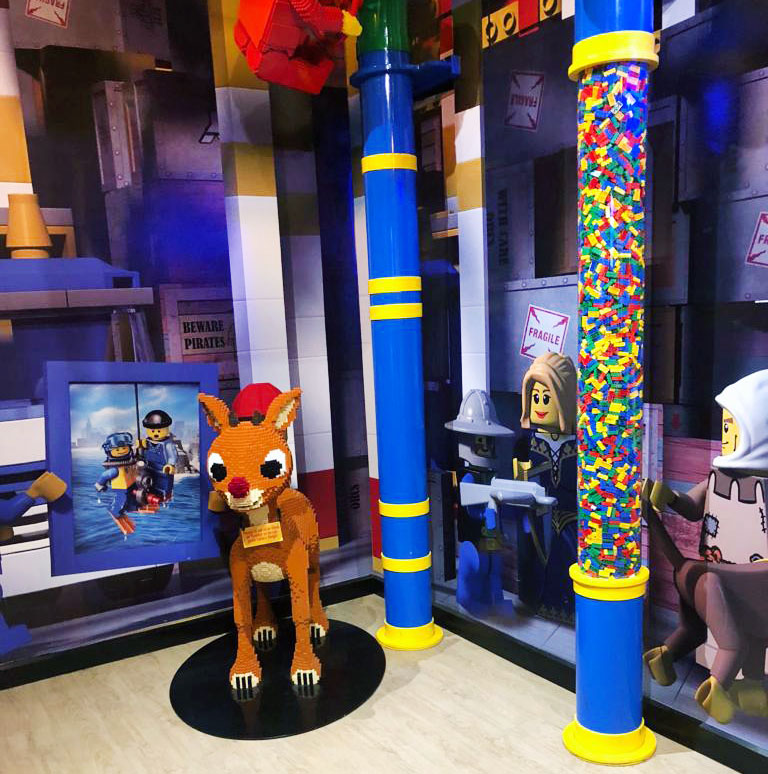 Just like at Arizona LEGOLAND, this one features local landmarks, button activated figures, and even a sunset and fireworks show every once in a while. You can see Philadelphia museums, Lincoln Financial Field, City Hall, and Boat House Row up close and personal. 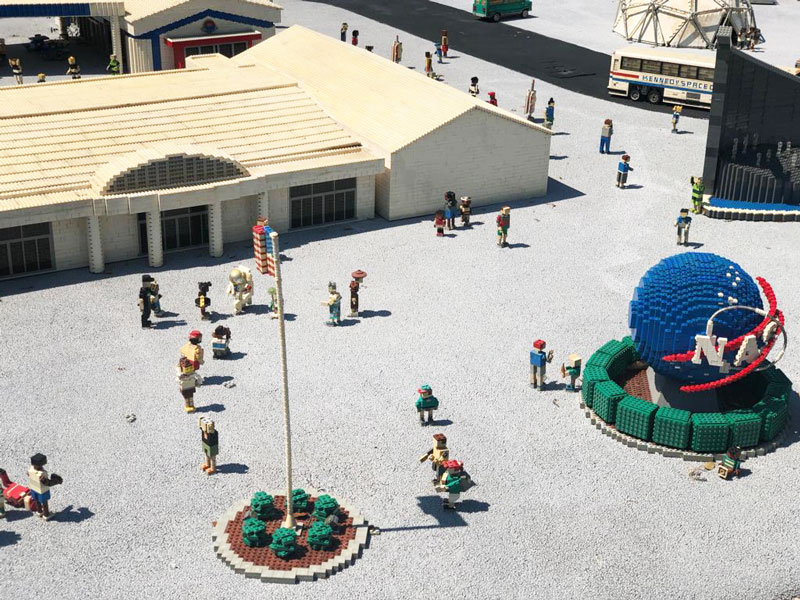 This ride doesn’t leave anybody sad and bored! The ride is interactive and fun for the entire family, so definitely make time to enjoy it. 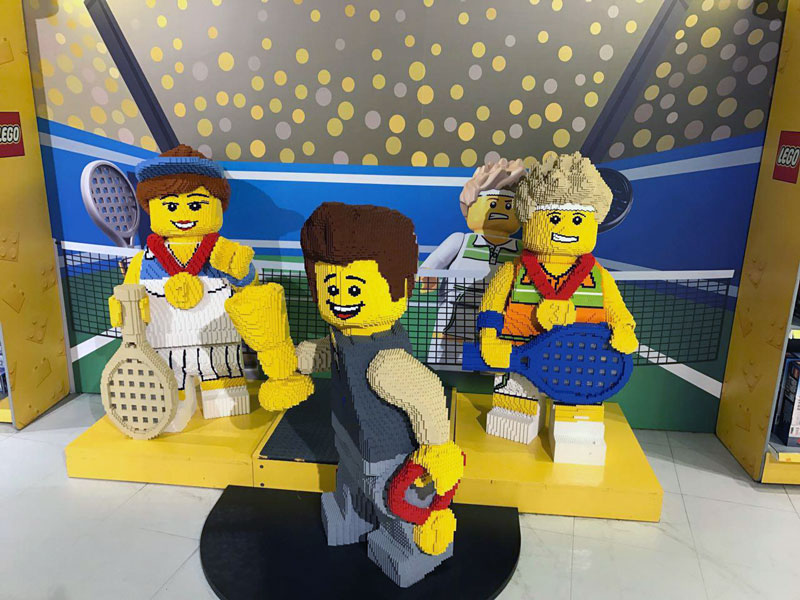 If you have somebody who wants to be one of the legendary Ninjago fighters, let them train like one at this camp. They will be able to test their reaction time, race through laser maze, and pose with a Ninjago at the end.

This play structure is great for the most energetic visitors who can really leave some of their energy here while climbing, jumping, and crawling through tunnels. Once tired they can build their own pirate flags or posters. 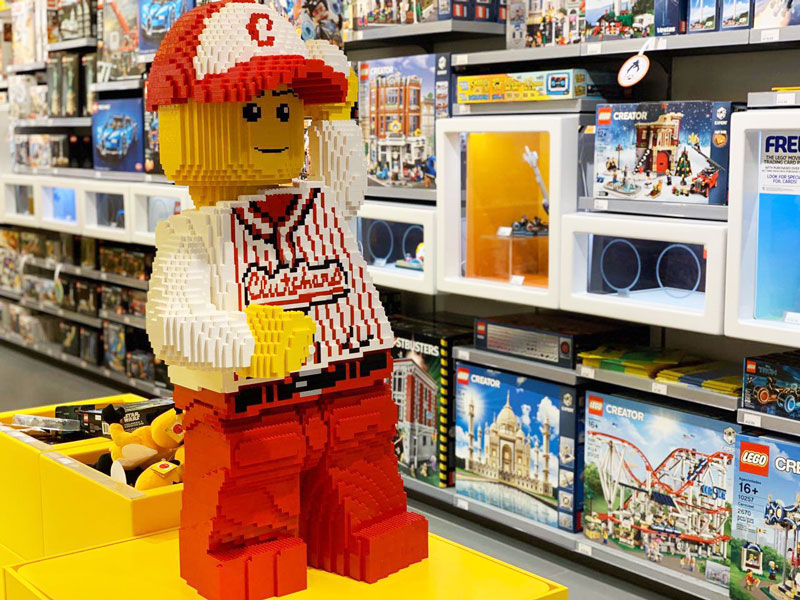 Kids love learning new trick and tips about how to build the most fantastic creatures from all the lose parts that they at home. 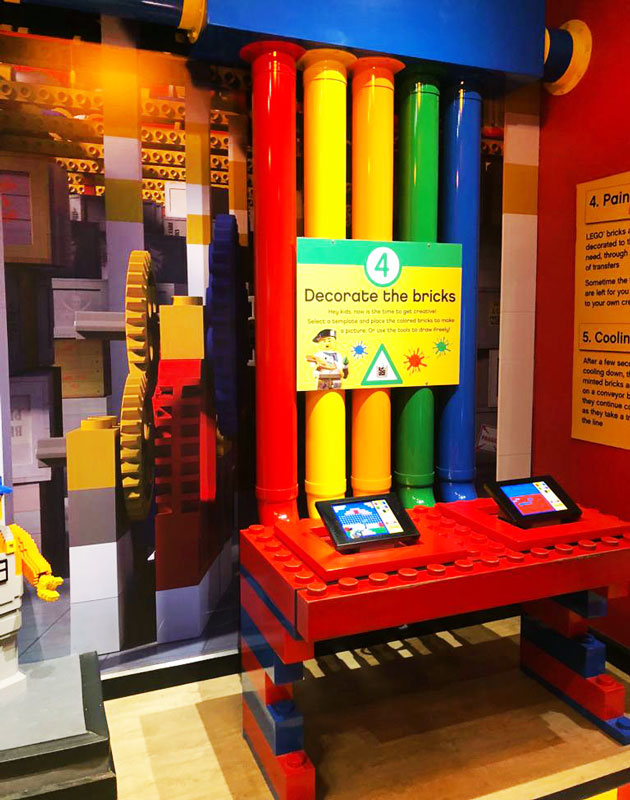 Just like in Arizona, this was one of the best parts of the entire day for kids. The shows are 12 minutes each with 20 minutes in between to make sure everybody can get in and see a show with appropriate special effects. 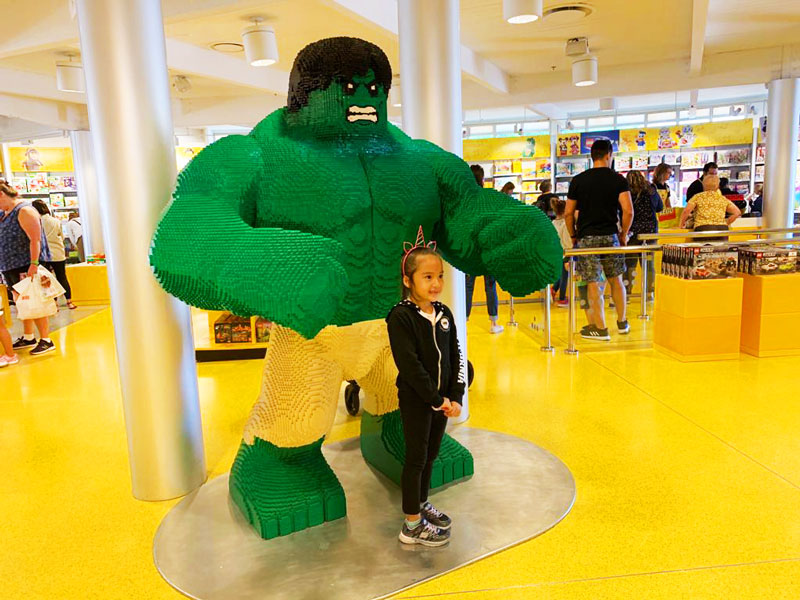 There are a few areas with building blocks offering playful learning. Kids can build something and test if it can withstand an earthquake or make a car and see if it’s faster than their friends’.

All in all, both locations are great and each has its own flair and cultural landmarks to marvel at. My kids dream of visiting all LEGOLAND Discovery Center location s in major cities and they are determined enough to accomplish their goals of fun. 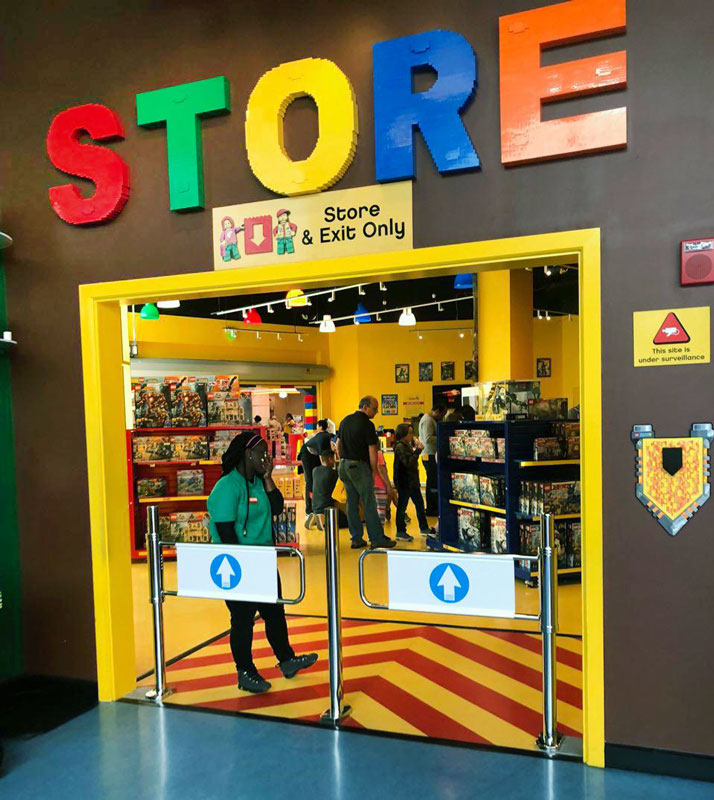