Get an Extra 10% Off Your First Order with GapCard

Get Free Shipping on Orders Over $100 with BananaCard

Get 25% OFF your order when you sign up at Gap

Take 20% Off Your First Order, Earn Reward Points and More with GapCard

Earn Up to $120 Gapcash per Order at Gap 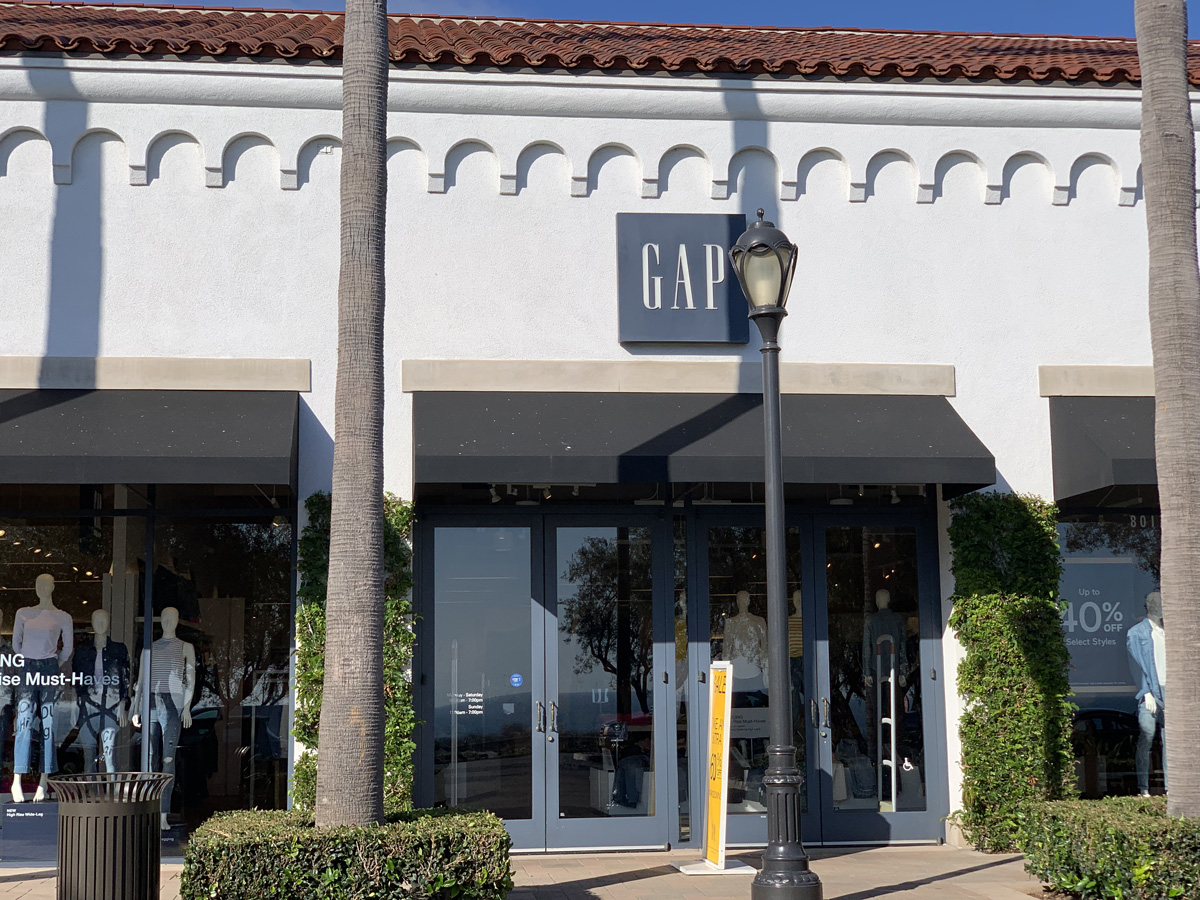 The Gap had modest beginnings in San Francisco in August of 1969. It was a creation of real estate developer and entrepreneur Donald Fisher and his wife Doris. They invested $63k and opened the first Gap store, which sold jeans and records. The name meant “generation gap” and was Doris’ brainchild. Don wanted to name it Pants and Discs. Boy, are we glad that it didn’t get named that!

Today The Gap operates over 3,500 stores in 43 countries and sells a lot more than pants and no more discs. As everybody’s favorite store is turning 50 this year, let’s learn something new about it:

Why was it started in the first place?

The answer is very simple – Don Fisher couldn’t find a pair of jeans that fit. 40 year old Don was busy renovating hotels and was in a need of 31-inch inseam jeans. He tried Levi Strauss and Co. with no luck because the company stocked only 30 or 32, but no 31. 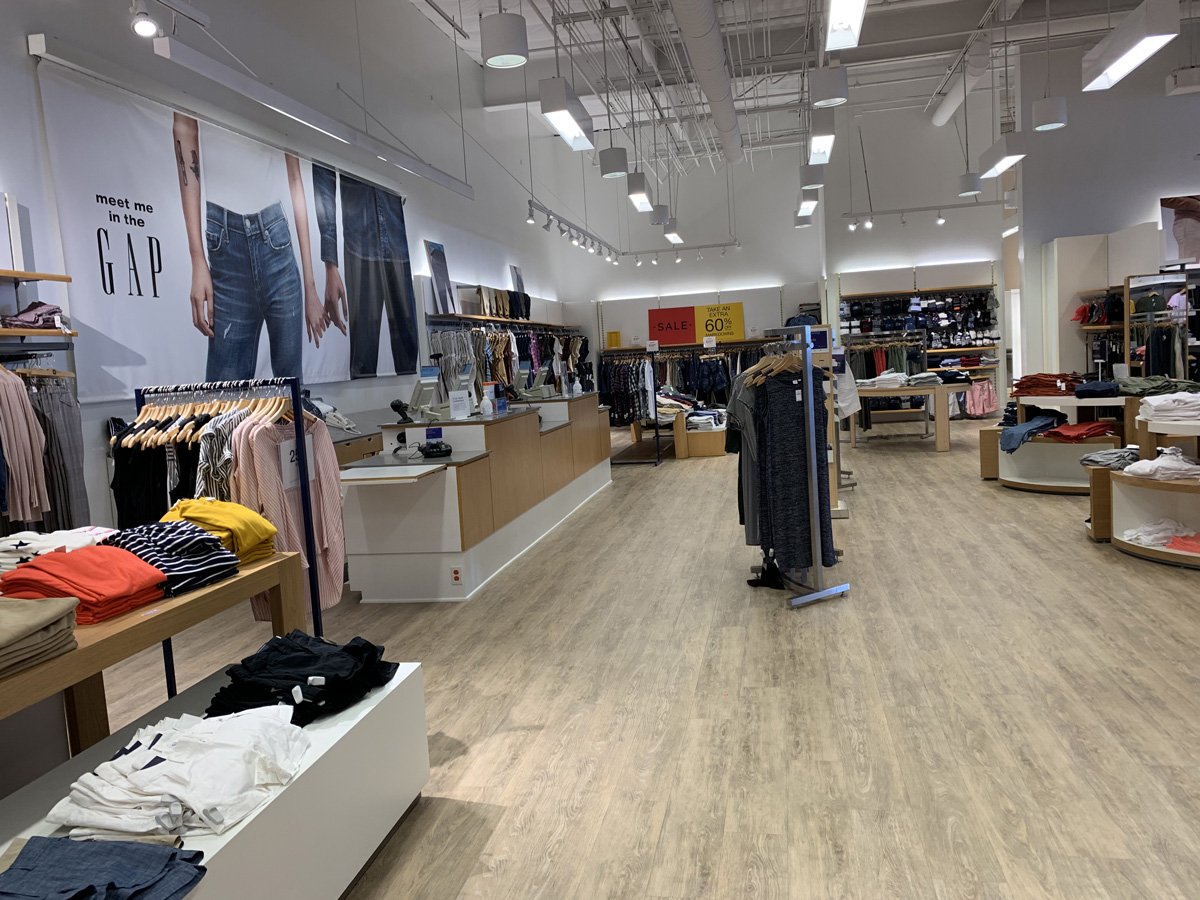 The Fishers have never sold apparel of any kind before, but as we all know, people have always wore pants and they will continue to wear pants in the future, so the business was good right of the start. They stocked jeans of all sizes and in 5 years the sales reached close to $100 million. 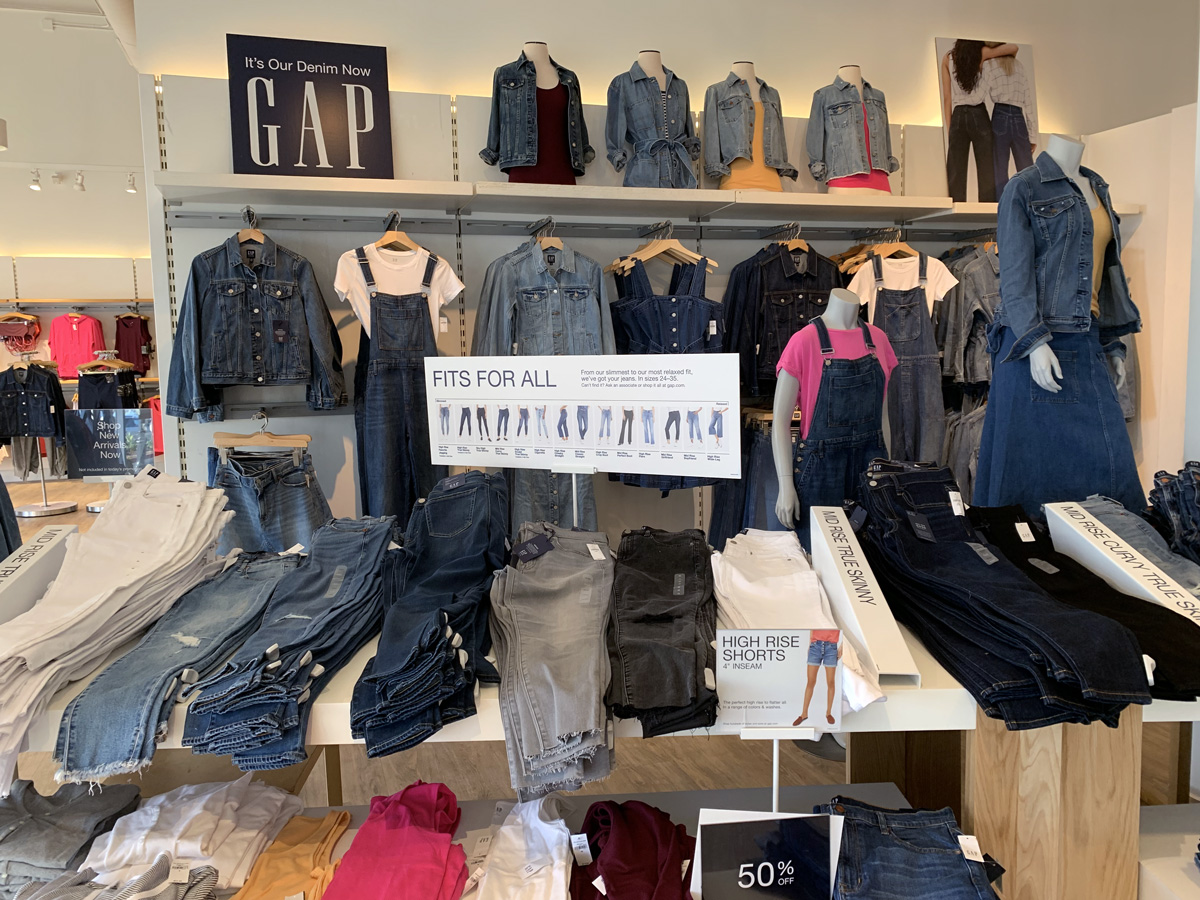 When was Gap jeans label started?

At the beginning the Fishers sold Levi’s and other well-known brands of jeans. 3 years later The Gap introduced its own brand of jeans. T-shirts and sweatshirts followed later and the other brands were out for good. In 1991 Don said that Gap was the second best apparel selling brand in the US, rivaled only by Levi’s. 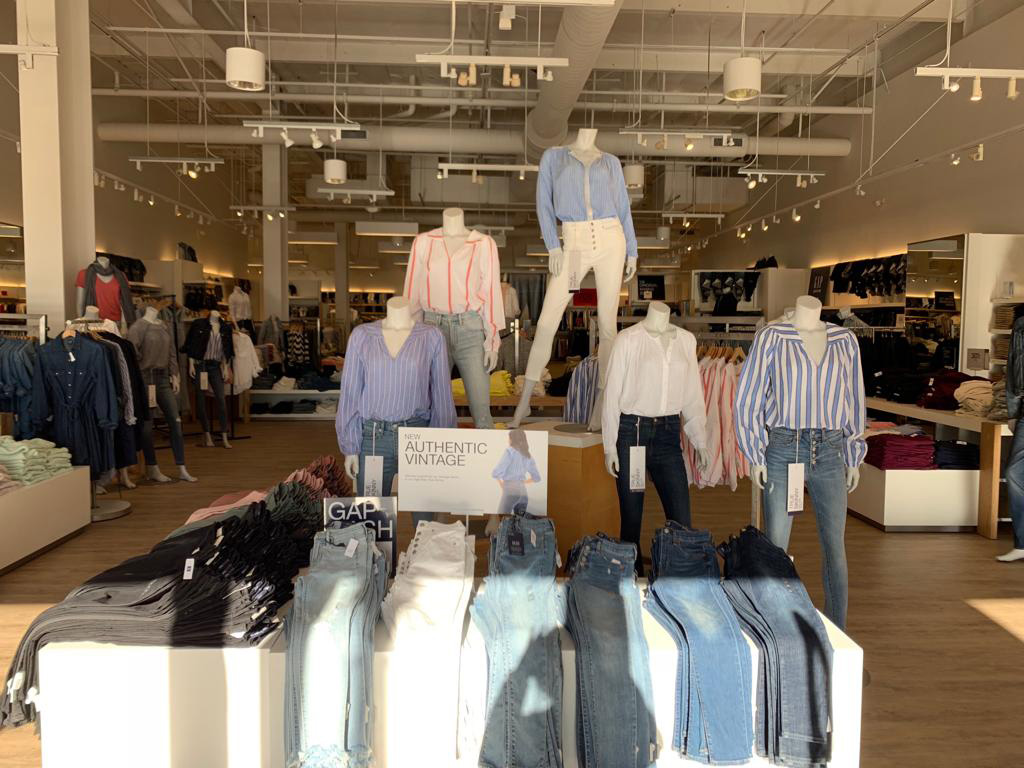 What were Gap rules for success?

The rules were very simple: don’t fix something that isn’t broken. While other stores replaced clothing often, Gap kept best-selling items on racks until they stopped selling. They always had a few different styles, but many different colors and sizes. 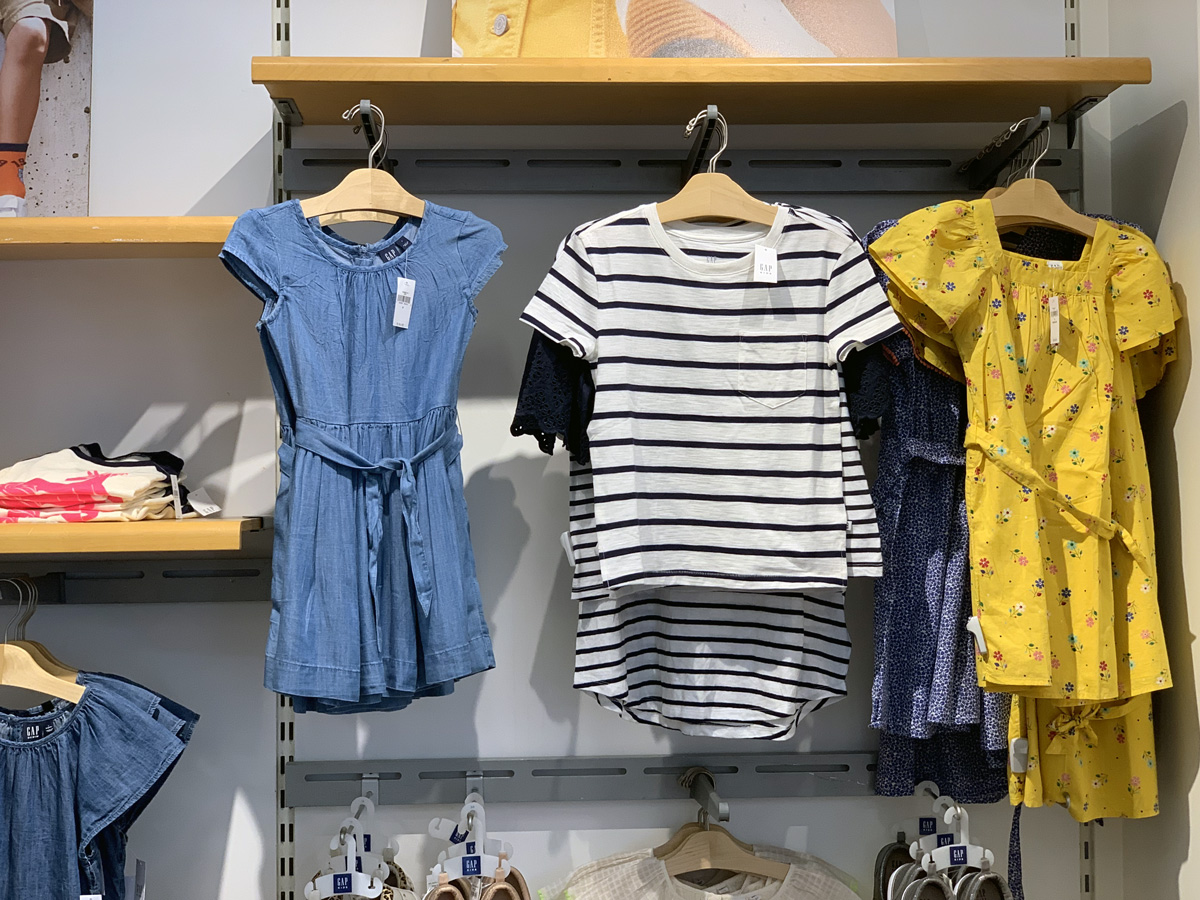 How did ads help Gap find its niche?

Don Fisher knew what he was doing when he enticed controversy with ads that were brave for that time. He once drew Levi’s jeans on a cat and a chicken, poking fun at the competitor. Next was an even bigger bomb – a picture of unzipped jeans, which also said “The Gap is Open”. People loved to hate such scandals and the sales soared. It’s all about marketing, after all. 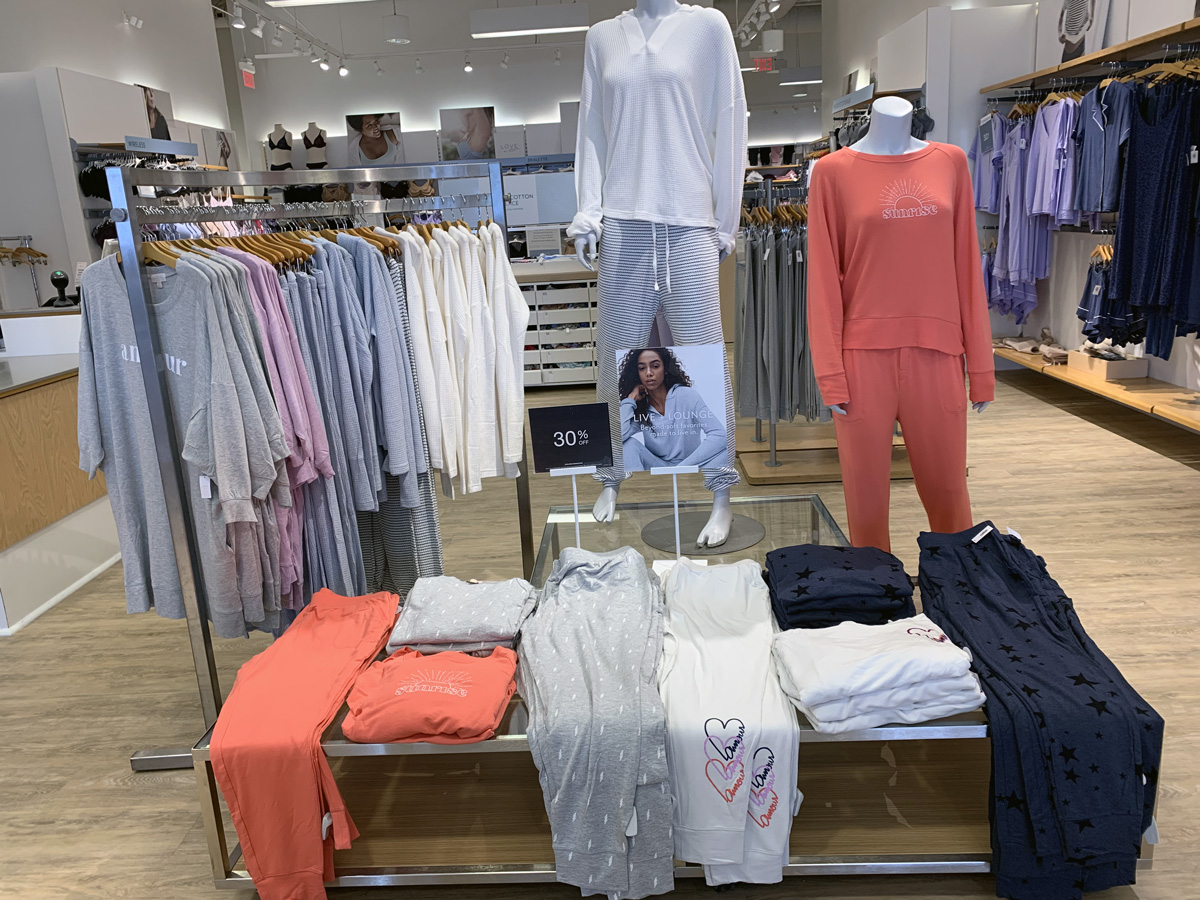 He is credited for many positive changes at Gap in his 20-year tenure: 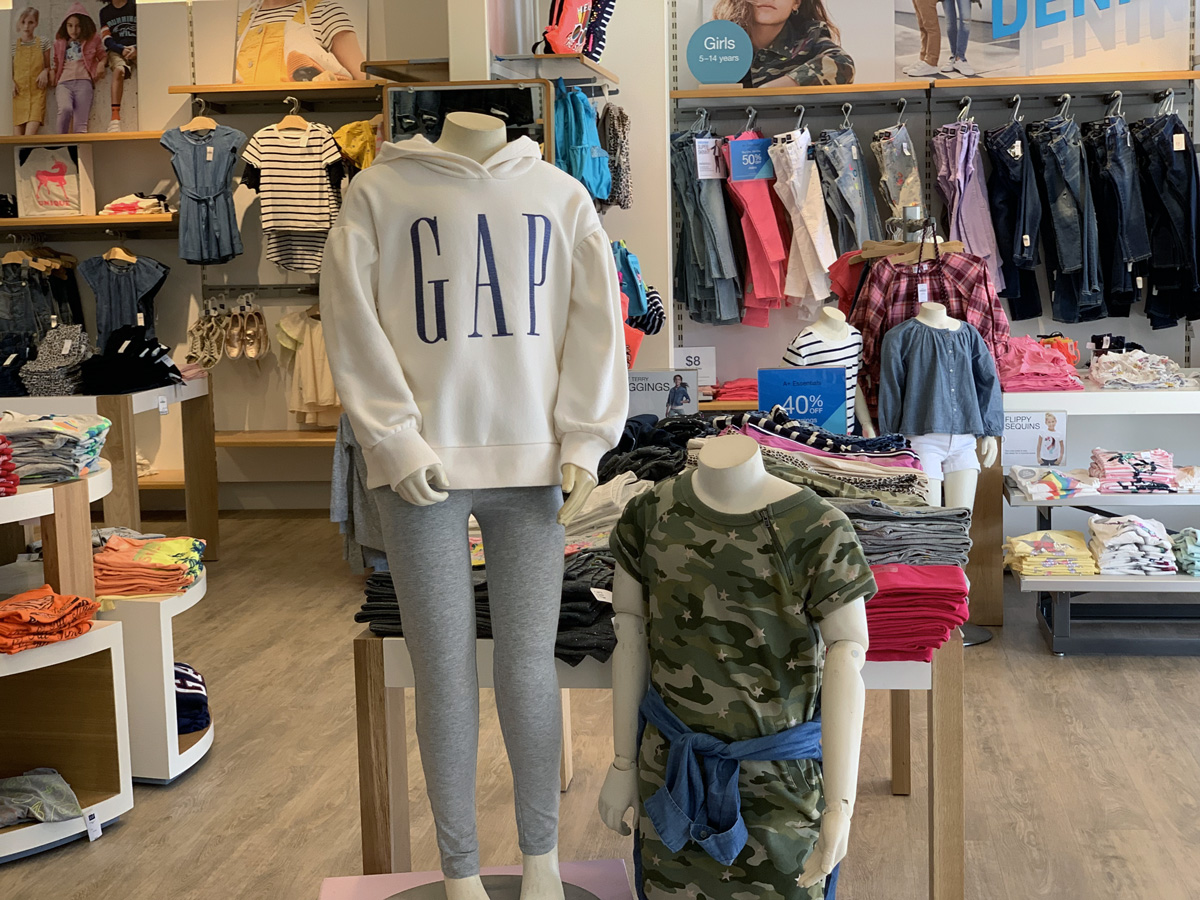 How did the Fishers spend their free time and income?

When they were not busy overseeing the numerous Gap stores, they enjoyed collecting artwork. Their extensive collection contains Andy Warhol and Roy Lichtenstein. After almost 40 years of collecting, they donated 1,100 works by 185 artists to the San Francisco Museum of Modern Art in 2009. All the art they ever got had to be liked by both of them and their collection reflects their shared values today.

Clothing for the masses 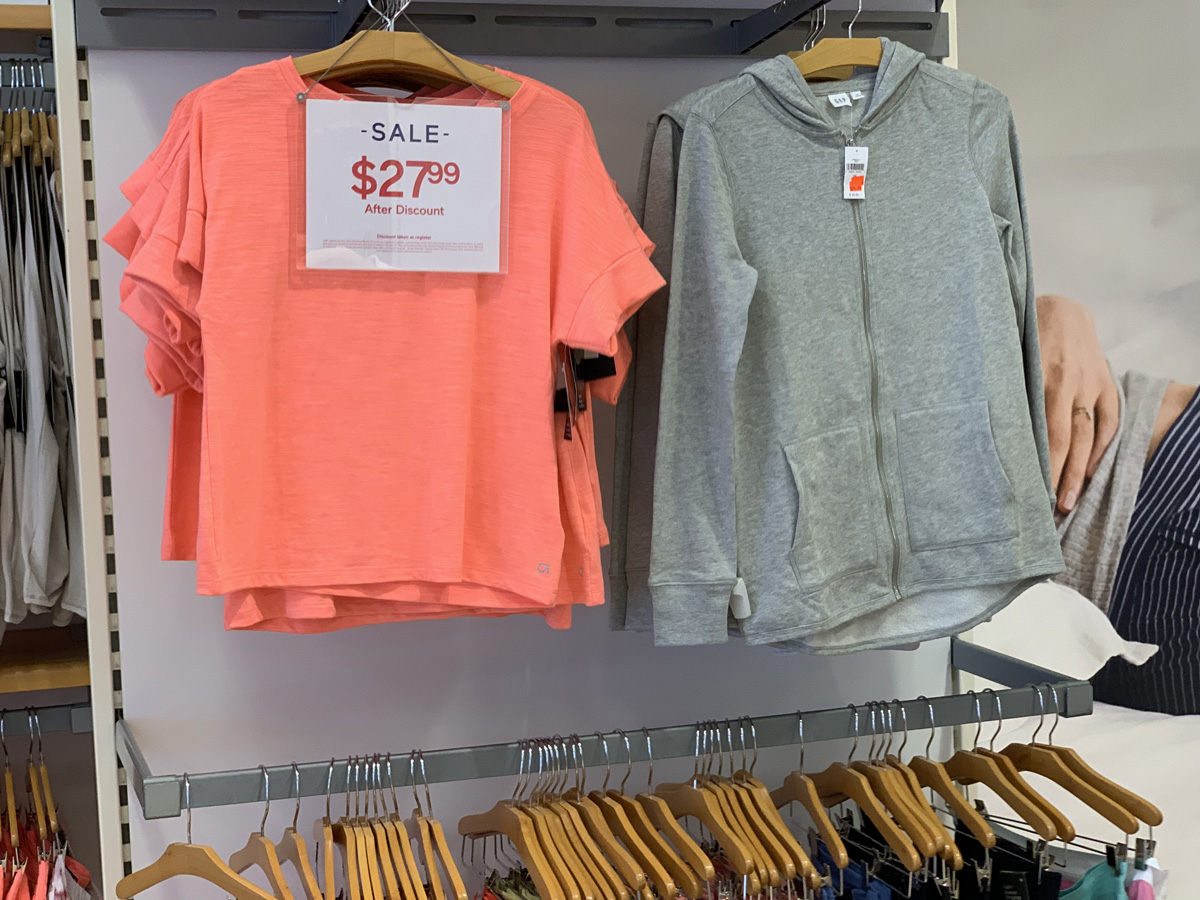 They were not only successful, they started trends! In 1998 Gap released freeze-framed commercial of young people dancing lindy hop while wearing khakis and white t-shirts. This ad is responsible for the revival of 90’s swing. Not surprisingly, sales reflected this popularity among young generation. 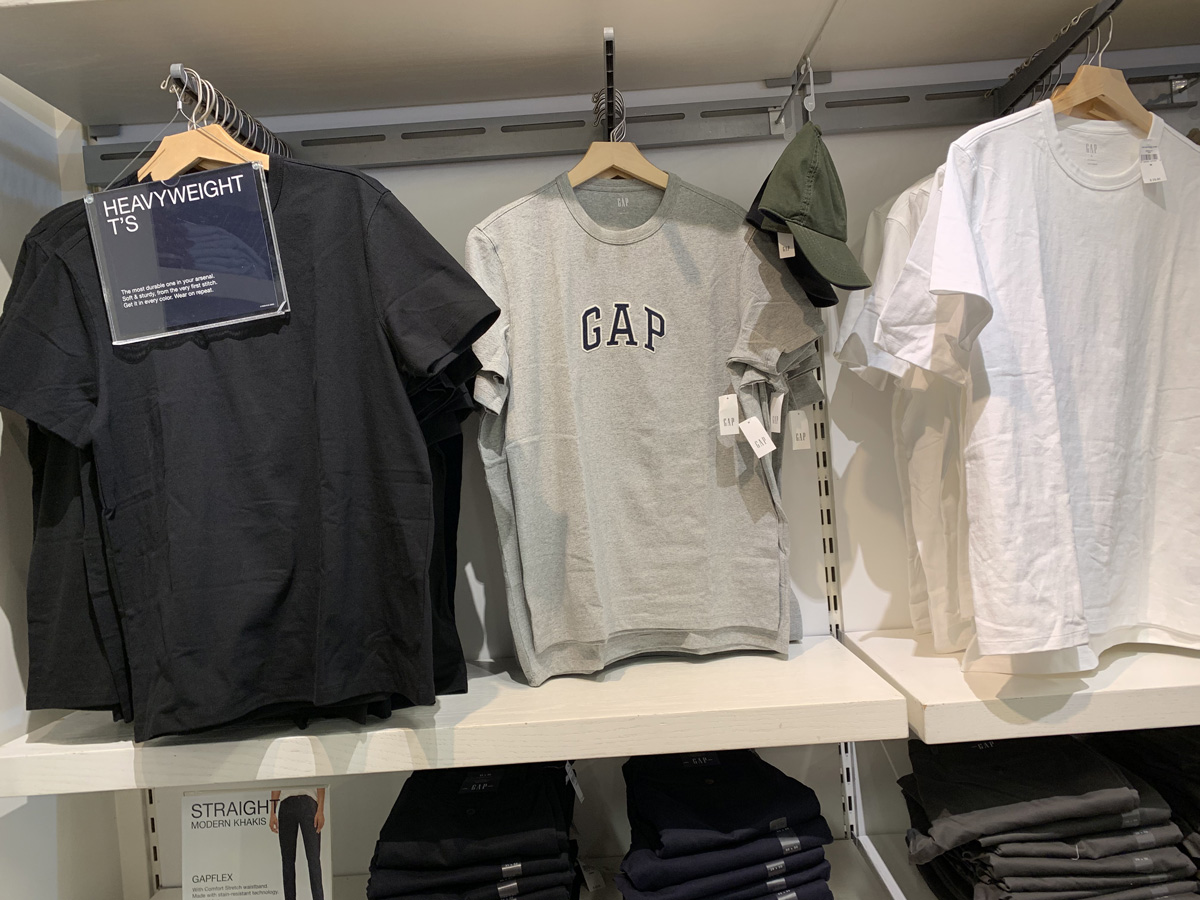 In 2010 Gap decided to spruce things up and unexpectedly changed its logo – white letters incased in navy blue background suddenly became blue letters incased in white background. The company did not explain this move to customers and they hated it, so a week later the logo silently returned to its original colors. 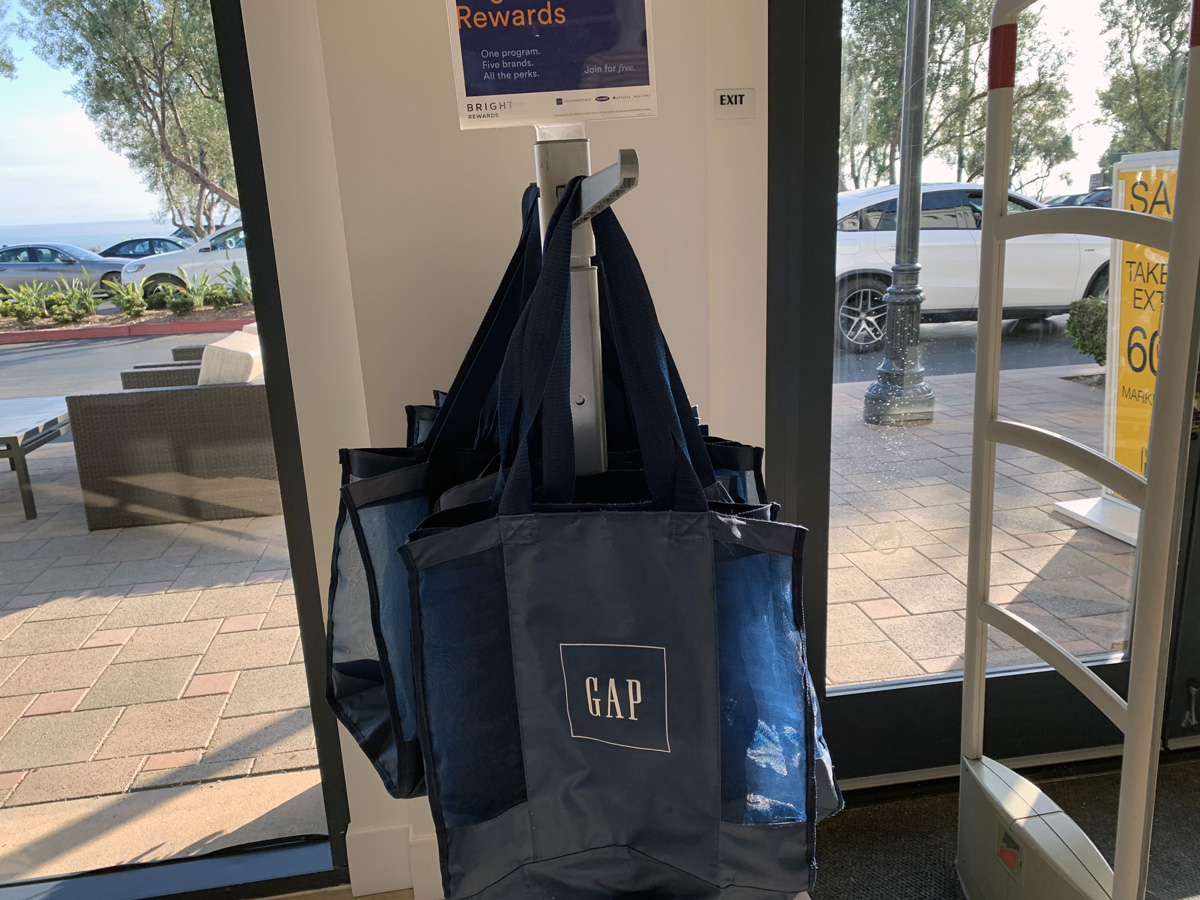 What other brands does Gap have? 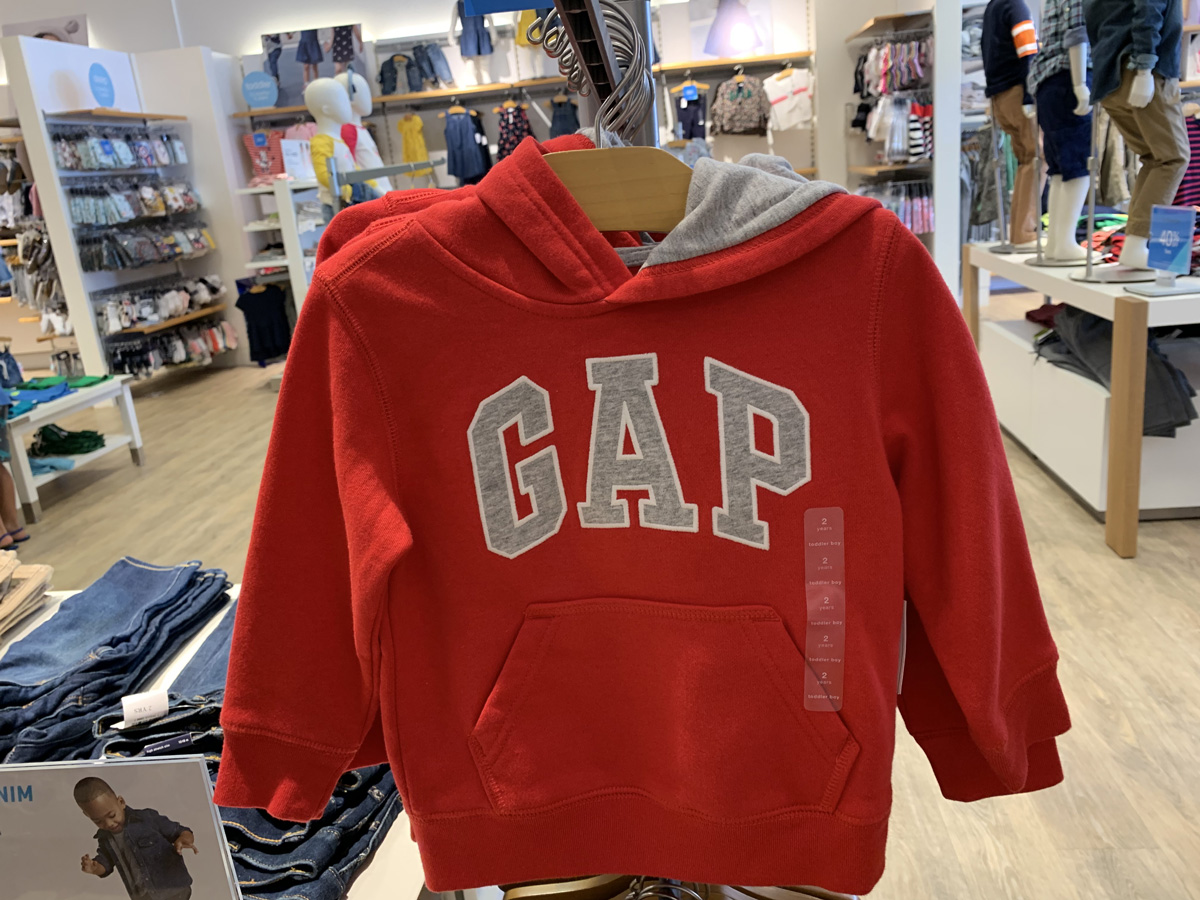 Banana Republic was acquired in 1983 and transformed from safari clothing to an upscale casual brand. The first GapKids was opened in 1986. The first international Gap was opened in London in 1987. 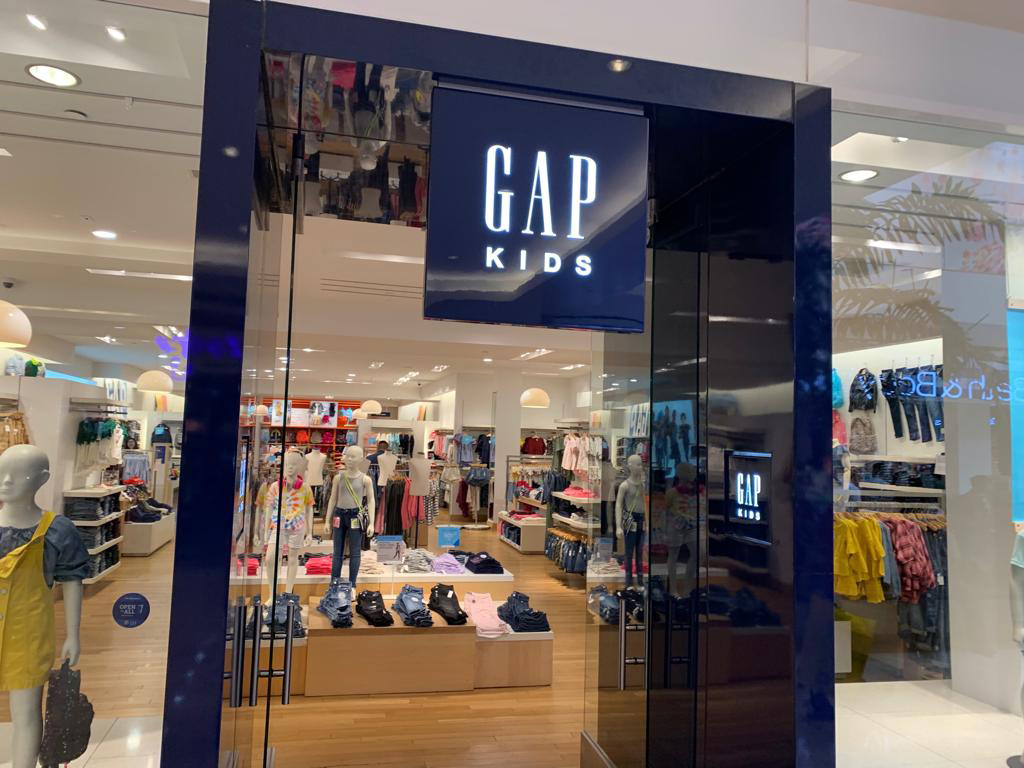 BabyGap joined the family in 1990. Finally, the biggest money maker, the super casual Old Navy was established in 1994 and made $1 billion in its first 3 years. 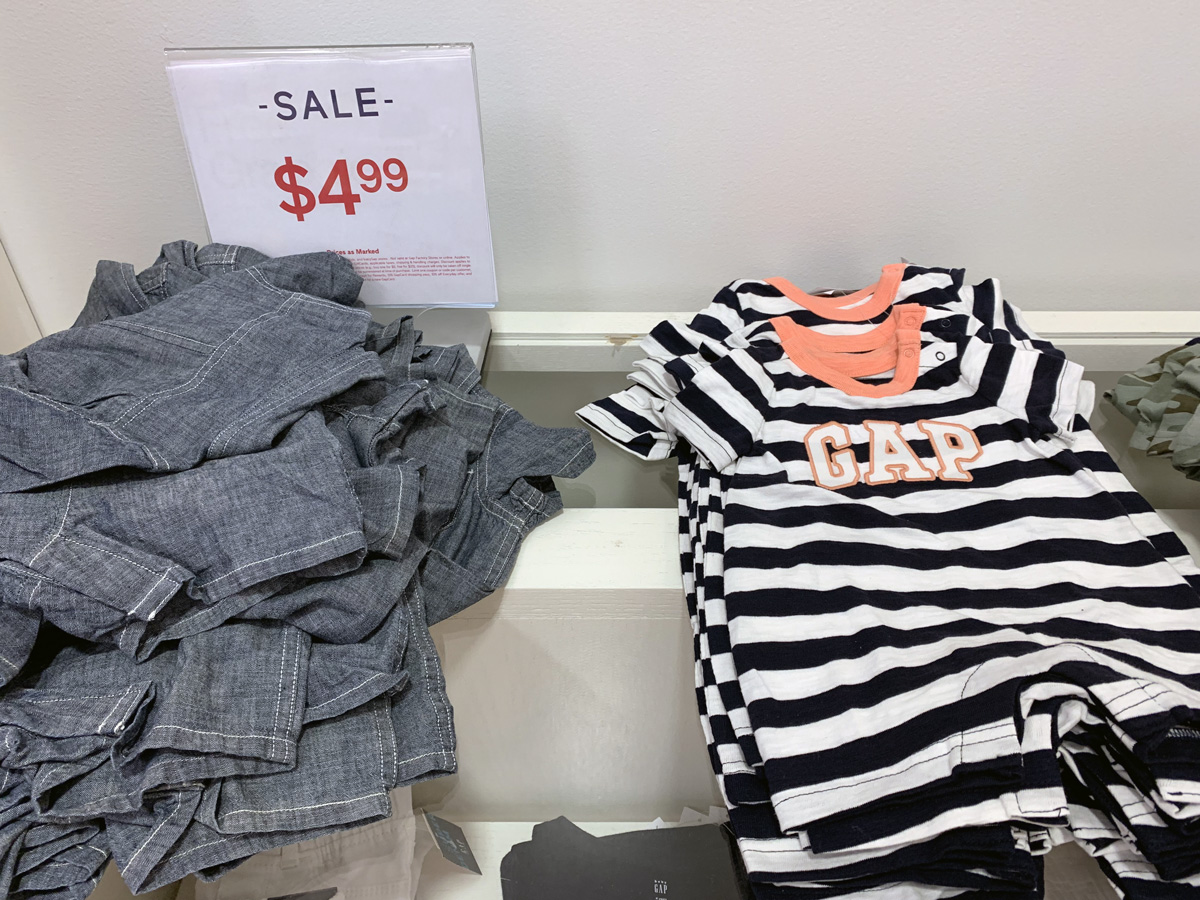 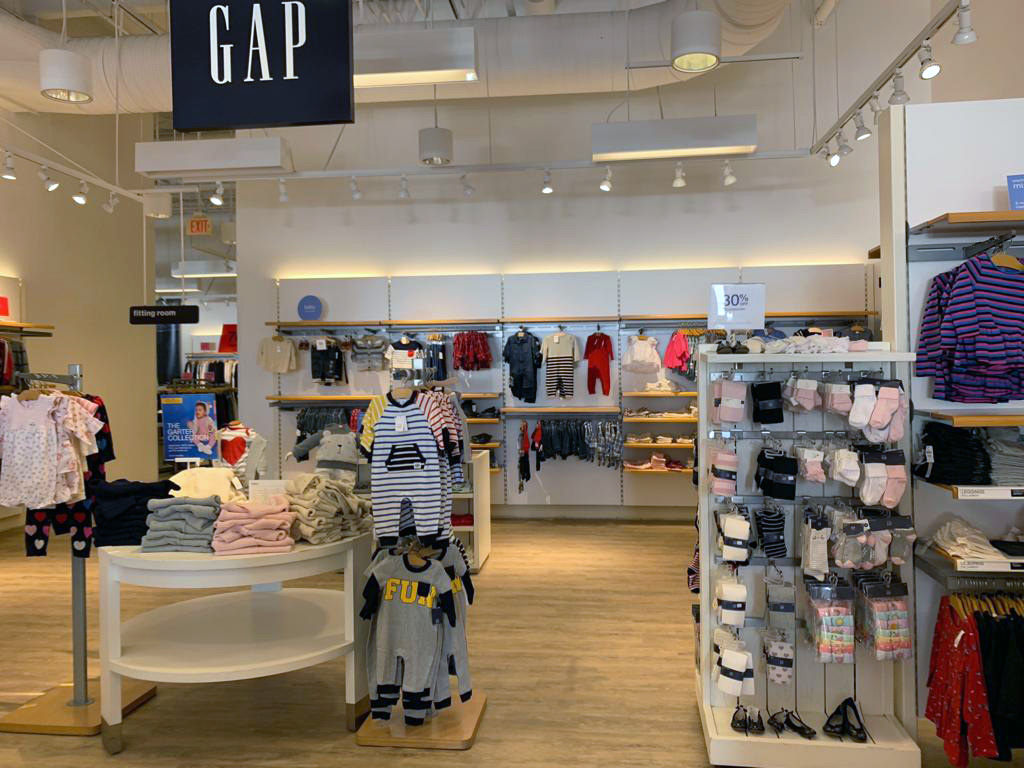